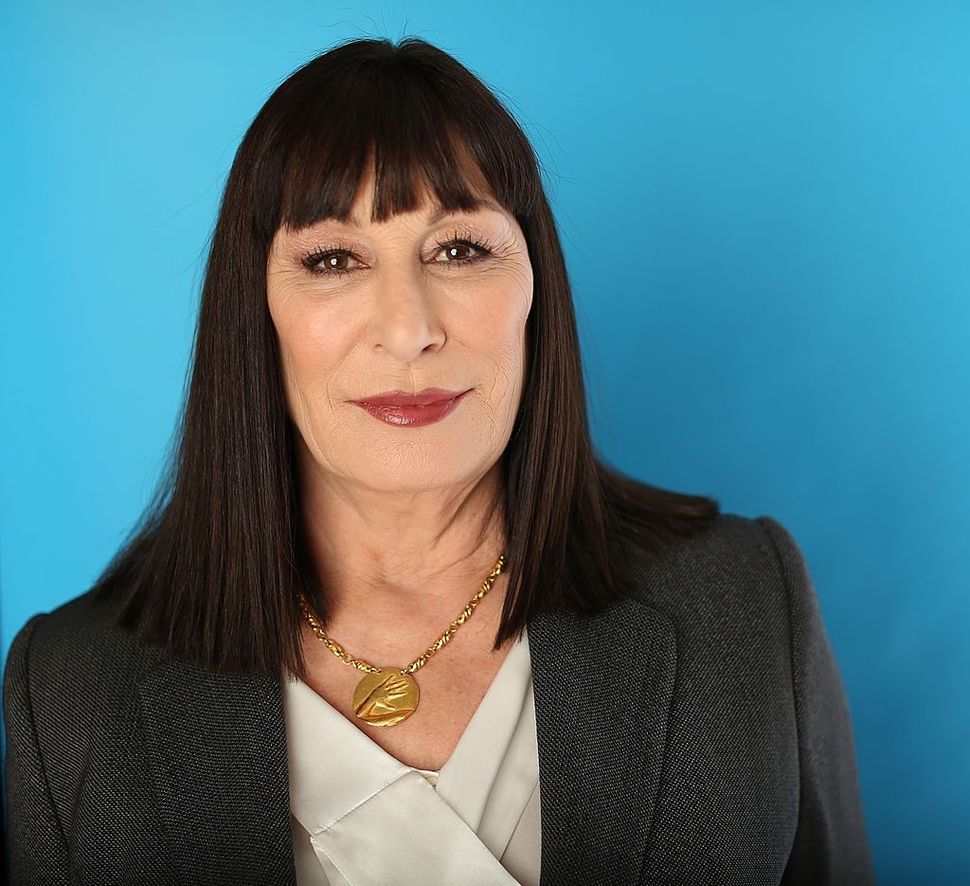 The most shocking part of Anjelica Huston’s tell-all interview with Vulture in advance of her newest movie, “John Wick: Chapter 3,” has to be her describing every A-lister from her past and how much cocaine they did.

Or, no — it’s when she says Oprah blew her off at a party. No, even better is when she celebrates the death of one of her critics and the interviewer informs her that the critic is still alive. And then Huston responds, “He’s dead as far as I’m concerned.”

In a lengthy interview published in Vulture on Wednesday, the 67-year-old Oscar winner gave a no-holds-barred survey course of her life, loves, and losses. Some of her most compelling reveries concern confirmed and alleged sexual violence by famous men — including mammoth Jewish filmmakers Roman Polanski and Woody Allen.

Huston was at Roman Polanski’s house on the night in 1979 when the director raped Samantha Geimer, a 13-year-old girl. “She wasn’t unresponsive,” Polanski later wrote in his autobiography, of having sex with the child, whom he had allegedly plied with quaaludes and alcohol.

Polanski was charged and pleaded guilty to felony statutory rape. He fled to Europe before the sentencing and has never returned to the United States, though he has continued filmmaking and collected major awards since, including an Academy Award for the Holocaust film “The Pianist.” Polanski’s mother was murdered in Auschwitz.

“It’s a story that could’ve happened ten years before in England or France or Italy or Spain or Portugal, and no one would’ve heard anything about it,” Huston reflected, asked about the Polanski case. “And that’s how these guys enjoy their time. It was a whole playboy movement in France when I was a young girl, 15, 16 years old, doing my first collections. You would go to Régine or Castel in Paris, and the older guys would all hit on you. Any club you cared to mention in Europe. It was de rigueur for most of those guys like Roman who had grown up with the European sensibility.”

Huston opined that (now) Supreme Court Justice Brett Kavanaugh was not “all that believable,” but said that she would work with Woody Allen again “in a second.”

“Two states investigated him, and neither of them prosecuted him,” she said of Allen, her director and co-star in 1989’s “Crimes and Misdemeanors” and 1993’s “Manhattan Murder Mystery.”

She also defended Jeffrey Tambor, the actor who starred in HBO’s hit “Transparent” until being accused of sexual harassment by three women. Huston played alongside Tambor for two of the show’s seasons.

Note, though, that Huston is lenient with Polanski, who pled guilty to child rape. “He’s paid his price,” she told Vulture. “This was not an unusual situation,” she said, citing her own relationship with a man in his 40s, when she was 18 years old.

Has Huston had her own #MeToo experience?

“You’d have to ask me that on a daily basis, practically. That’s how often it happens, that you’re objectified, or misread, or put down,” she said.

How lovely to be a woman.