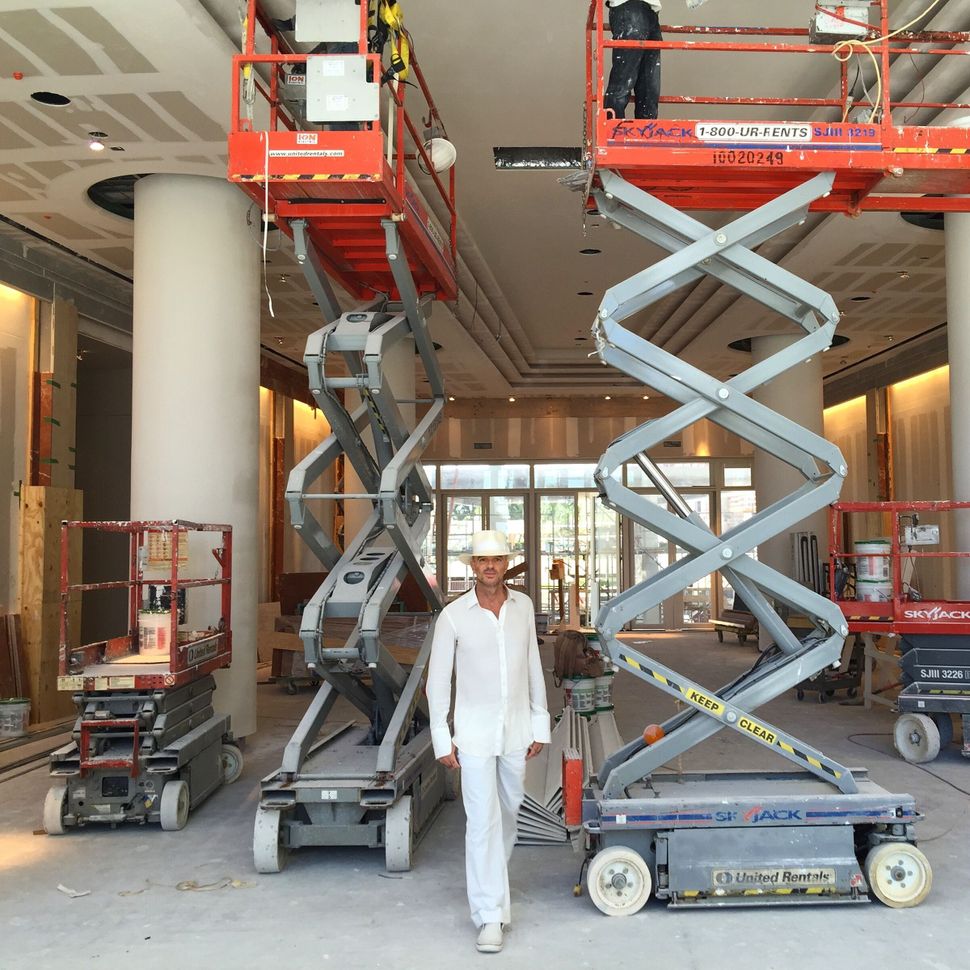 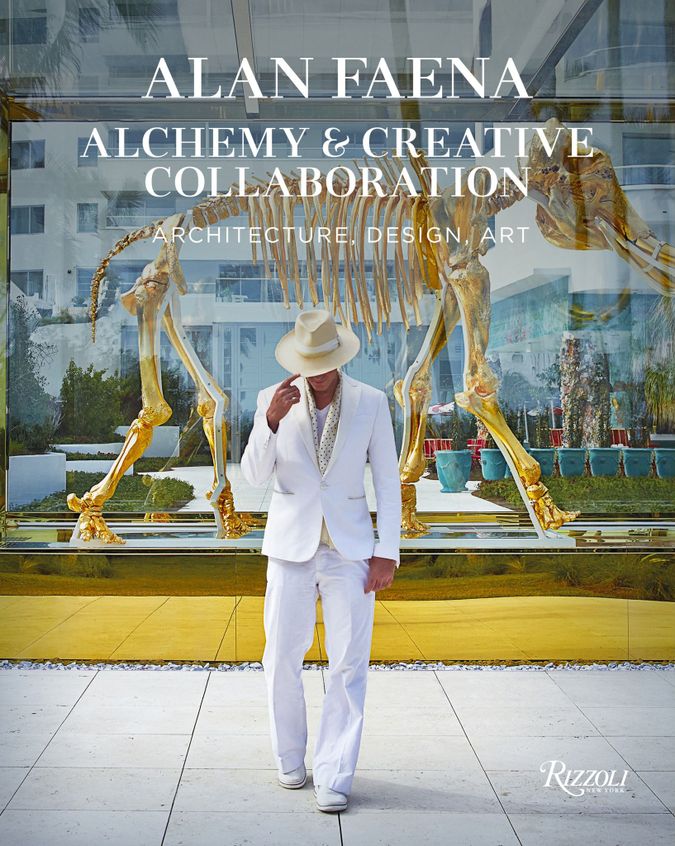 The cover of Alan Faena’s book Image by Alan Faena

He only wears white, makes gnomic pronouncements, and builds “universes”.

Alan Faena, whose pioneering hotel projects in Buenos Aires and Miami Beach reinvented hospitality in those cities, makes a very unconventional developer. And in a lavishly illustrated new memoir, the Argentine iconoclast offers a rare look behind the curtain of a blazingly glamorous life — including a deeply Jewish family history.

As he writes in_ Alan Faena: Alchemy & Creative Collaboration: Architecture, Design, Art_ (Rizzoli), Faena comes from a long line of “deeply devout rabbis” on his Moroccan-born mother’s side; her father was a kosher butcher, and a grandfather advised the king of Morocco.

These days, Faena writes, he taps into his spiritual side for his work: “We’ve always been priests, drawing into ourselves and looking for answers in the divine.” His latest heavenly inspiration: Faena Bazaar, a phantasmagorical rooftop shopping venue in his multi-billion-dollar mid-Miami Beach “Faena District”.

The Forward caught up with the peripatetic Faena by e-mail .

The first line about your book on the Rizzoli site notes you were “raised in the restrictive regimes of 1960s Argentina”. How did that influence you as a creative person? For as long as I can remember, my parents gave me a lot of love and freedom and they offered me that notion that anything was possible if I worked hard enough, even during this time period of dictatorship that suppressed individuality. Self-expression was always a part of my childhood, so in Argentina in the 1980’s, when creativity and discovery were being embraced and I was coming of age, I was ready and excited to supply something for the social revolution, which would be my clothing line Via Via.

Your book mentions your religious lineage. How religious was your own upbringing? Spiritual commitment was very strong in my bloodline, almost like a gene. 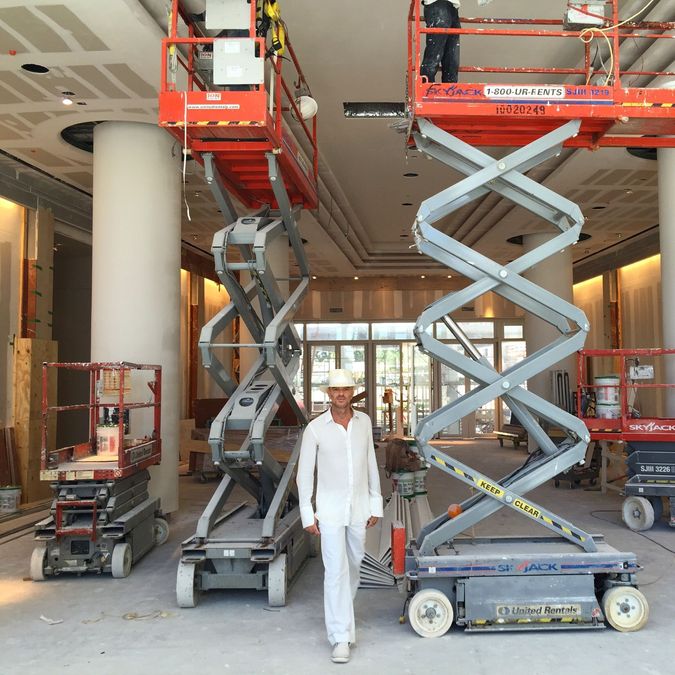 Has anyone ever made your Jewishness an issue in your business dealings? No, the relationship with my collaborators in business has always been one of friendship first and foremost.

Of all US cities, what drew you to Miami? I first visited as a child, and fell in love with its unique cultural codes, its glamour, and its comfortable familiarity: For many of us in Latin America, Miami is also seen as the gateway to the United States.

What’s a typical day like for you?  It really depends on where I am. I meditate, work on my music and spend time with my son [Noa, 9].

Can you ever see yourself creating a more popular-priced product — like what Philippe Starck did for Target, but for hospitality? Yes, and I have done that with Casa Faena, which is an integral part of Faena District. We opened it in 2012 with fifty rooms and suites and I have always thought of it more as a home than a hotel.    What did you want readers to take from your new memoir? Always follow your dreams and anything is possible when you have a strong vision and speak from the heart.

What/where is next for you and the Faena brand?  We are in the expansion phase of Faena Group, establishing a new company with the mission of growing the coveted Faena brands in select urban and resort markets around the world. This includes  master-planned communities, residential and hospitality projects, retail concepts and a lifestyle brand extension line of products. I am also a singer and am working on my music.

Your name’s on several acres of real estate in two world capitals. How do you want to be remembered? A dreamer who created destination landmarks for personal expression and cultural interaction around the world. I like to think that in one hundred years people will be able to see my creations.