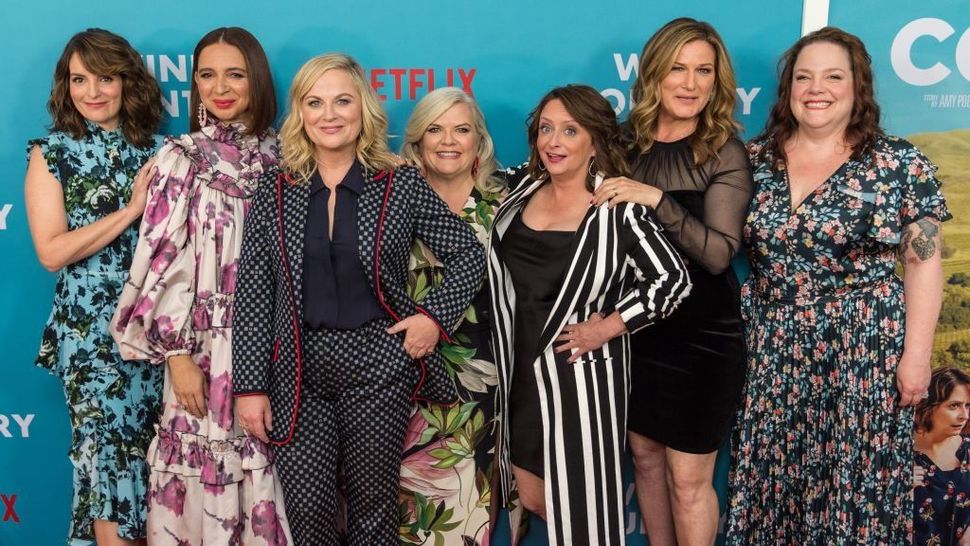 The bad news: Reviews suggest that this will not be the next “Bridesmaids.” The good news: Literally everything else about this movie.

The film, written by Liz Cackowski and Emily Spivey and directed by Poehler, has been a long time coming. “We’ve had like 20 years of rehearsals,” Poehler told The Washington Post. The group of women who star in the raunchy comedy — which also features beloved Jewish weirdo Jason Schwartzman — have been friends for decades, since their overlapping turns in the writers room and on stage at “Saturday Night Live.”

All of the women involved have collaborated before, but never all on one project.

“When I think about this movie…I think about our history,” Rudolph told the Post. “I think about the choice that we’ve made to be a family,” she said, explaining that the women behind “Wine Country” have, for years, chosen to live like “a small village.”

These women have been friends for over 20 years. They’ve been through all of life’s ups and downs together and remained each other’s biggest cheerleaders.

With #WineCountry having its premiere today, let’s take a moment to celebrate this powerful, badass, hilarious girl squad ? pic.twitter.com/ZQnn4ZgKrf

Whether you wait until Saturday’s three stars are in the sky or stream it on Friday after work, pour yourself a glass and remember — Chardonay, Manischewitz, grape juice, and Franzia are all fruit of the vine. And let this Jewess-heavy squad of best friends transport you to “Wine Country.”