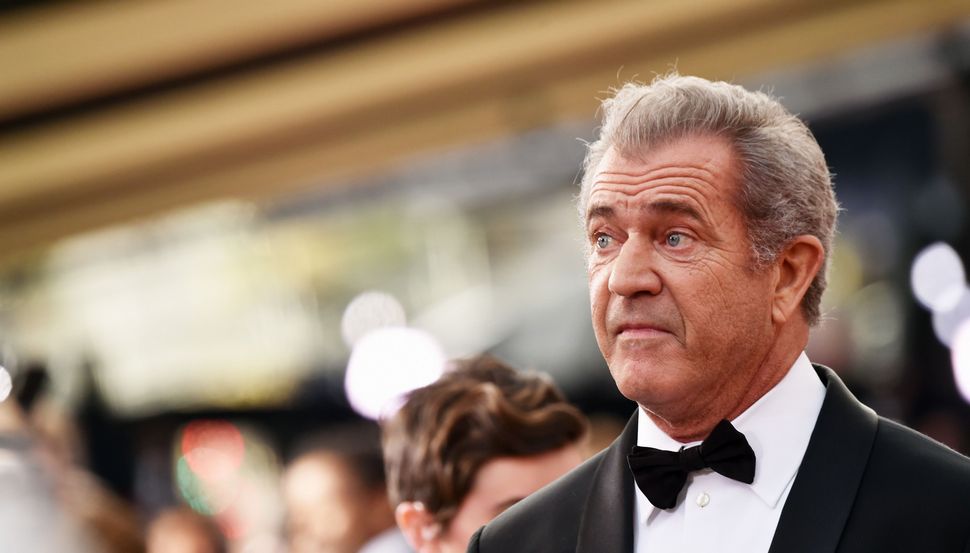 Mel Gibson at the 2017 Oscars. Image by Frazer Harrison/Getty Images

Reader, I have made some unfortunate decisions in my life. Last night I ate potato chips covered in cheese at 11 pm and called it “dinner.” In high school I wore knock-off Ugg boots with enormous bejeweled butterflies on the calves. Once — gulp — I even voluntarily listened to Spotify’s Hanukkah playlist, all the way through.

But not once have I cast Mel Gibson in a movie called “Rothchild.”

Imagine how easy it would have been to not have cast Mel Gibson, who in 2006 told a police officer “The Jews are responsible for all the wars in the world,” in a movie called “Rothchild.” Gibson, who before uttering that tasteful remark, was in the same incident recorded — per his arrest report — “blurt[ing] out a barrage of anti-Semitic remarks about ‘(profanity redacted) Jews.’”

Gibson, who responded to the outcry over these remarks with the tepid statement “I’ve never discriminated against anyone or done anything that sort of supports that reputation”? Gibson, who was once set to star in a film about the Biblical Jewish hero Judah Macabee, only to have the film’s screenwriter accuse him of repeatedly referring to Jews as “‘Hebes,’ ‘oven-dodgers,’ and ‘Jew-boys’”? That’s who Jon S. Baird, director of “Rothchild,” wants to star in a film titled after a Jewish family, the Rothschilds, whose name has for centuries served as an anti-Semitic canard?

Maybe it’s a joke, right? Maybe the film, which Deadline has described as “a dark satire” of “New York’s super rich,” will provide a nuanced breakdown of the very anti-Semitic tropes to which Gibson has, at least in the past, very overtly subscribed? Nice to hope so, but the joke’s on us. The movie, according to Deadline, will pit Shia LaBeouf, as a scion of a wealthy New York family called the Rothchilds, against Gibson as that family’s patriarch. Yes, Gibson — who, in the course of that 2006 arrest, asked the officer arresting him “Are you a Jew?” — will play the Rothchild who literally has his fingers on the purse strings.

What could the “Rothchild” crew possibly be thinking, except that giving every Jew in the world a simultaneous heart attack is a surefire marketing strategy? It would have been so easy to let, say, Anthony Sher play the villain of what producer Keith Kjarval called “a cautionary tale on wealth and power” — a cautionary tale that invokes, just as a reminder, a staggering number of anti-Semitic conspiracy theories about the wealth and power of a famous Jewish family. It would have been so easy to cast F. Murray Abraham, or — just hear me out — to not make the movie about a bunch of Rothchilds. There are so many ways in which this film’s development could have avoided making me develop the expression and hairstyle of someone who has just been electrocuted.

It is one month and 12 days after April Fools’ Day! It is only Monday, and I am already so tired! When Gibson signs on to a movie called “Soros,” please don’t let me know.