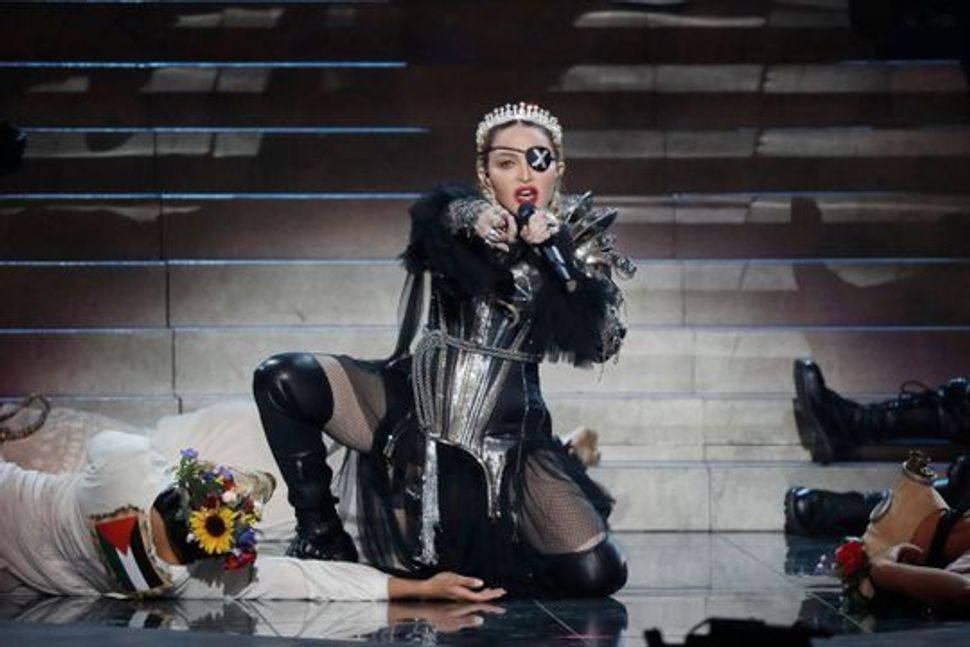 Madonna performs at the Eurovision Song Contest in Tel Aviv on May 18, 2019. Image by Getty Images

During her performance at the 2019 Eurovision song contest in Tel Aviv on Saturday night, Madonna made a major statement by featuring the Palestinian and Israeli flags on the backs of two of her backup dancers. 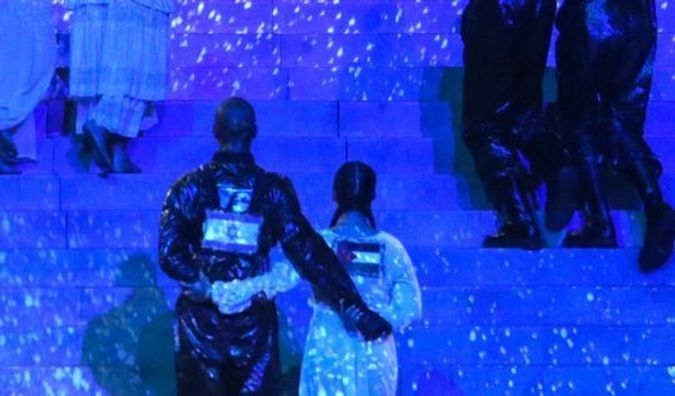 Two of Madonna’s dancers perform with Israeli and Palestinian flags on their backs during her Eurovision performance. Image by Getty Images

Madonna’s set, which included the 1989 mega-hit “Like A Prayer” and her new single “Future” with rapper Quavo, featured her dancers performing in front of a black screen with the words “Wake Up” displayed.

When the singer posted a clip of her performance to Instagram, she explained that she was grateful “for the opportunity to spread the message of peace and unity with the world.”

Madame ❌ is a freedom fighter…………….I am grateful. For the opportunity to spread the message of peace and unity with the world. ???. #future #madamex #eurovision @quavohuncho

The stunt was not approved by the European Broadcasting Union, one of the co-producers of the show. In a statement to USA Today, the company said that “the Eurovision Song Contest is a non-political event and Madonna had been made aware of this.”

Before her slated performance at Eurovision, the Queen of Pop told the audience, “Let’s never underestimate the power of music to bring people together.”

“Let’s never underestimate the power of music to bring people together” – @Madonna, at the Grand Final of the Eurovision Song Contest 2019.#DareToDream #Eurovision pic.twitter.com/18RF5r0Kq3

Despite there being calls for her to boycott the worldwide event, Madonna refused to listen. “I’ll never stop playing music to suit someone’s political agenda,” she told Reuters last week. “Nor will I stop speaking out against violations of human rights wherever in the world they may be.”