Madonna Not Backing Down From Israel Eurovision Performance Despite BDS Threats 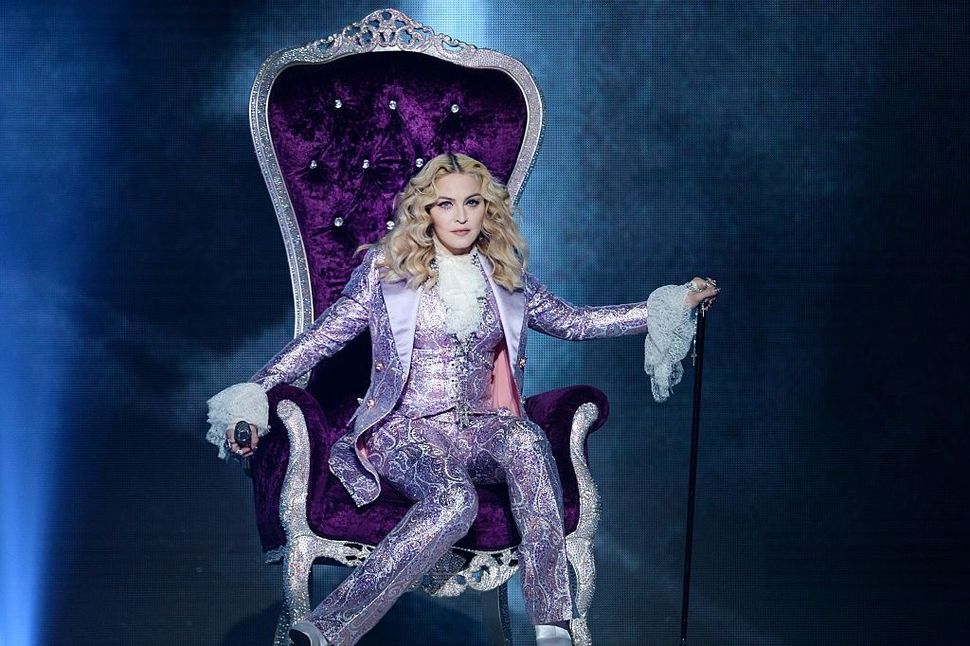 Madonna, here at the Billboard Music Awards, plans to perform in Israel despite urge to boycott Image by Getty Images

The lovable and loath-able artist is set to perform during the finals of the international song contest on Saturday. It’s not the 60-year-old’s first time performing in the country. But in part because hosting the event is such a boon to Israel — last year 189 million people tuned in to watch — Madonna has received ample criticism for her role, as well as pressure to cancel from activists hoping to send a message about the Israeli-Arab conflict.

“I’ll never stop playing music to suit someone’s political agenda,” Madonna said in a statement to Reuters on Tuesday. “Nor will I stop speaking out against violations of human rights wherever in the world they may be.”

“My heart breaks every time I hear about the innocent lives that are lost in this region and the violence that is so often perpetuated to suit the political goals of people who benefit from this ancient conflict,” she continued. “I hope and pray that we will soon break free from this terrible cycle of destruction and create a new path towards peace.”

It’s going to take more than four minutes to save the world (sorry), but Madonna is certainly on board. Reuters notes that Madge — who is not Jewish, despite her affection for Kabballah — runs the Ray of Light Foundation, which contributes to efforts in Gaza and the West Bank, including providing funding for Gazan school teachers and micro loans for Palestinian woman farmers.

Listen: Everyone must stand alone… in the difficult work of holding Israel, like any country, accountable for injustice without delegitimizing the state and its people. And Madonna, of all people, is giving a masterclass in doing so. Life, indeed is a mystery.

Madonna Not Backing Down From Israel Eurovision Performance Despite BDS Threats