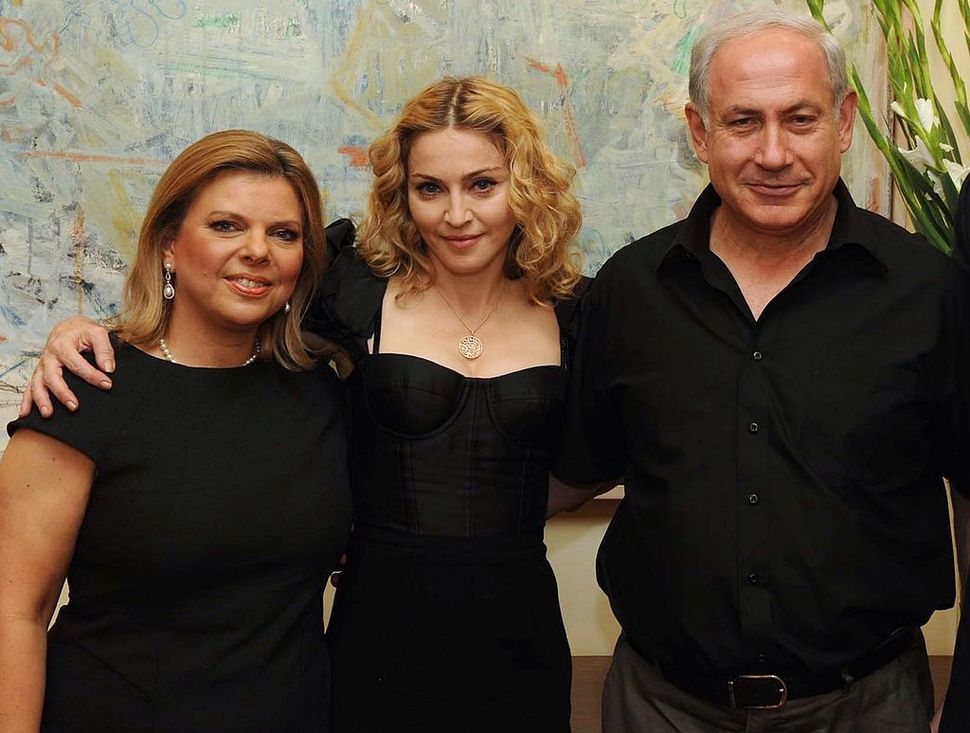 Madonna, a performer at Eurovision 2019, greets Israeli Prime Minister Netanyahu and Sara Netanhahu in Israel in 2009 Image by Getty Images

Madonna and her 160-person entourage will descend on Eurovision in Israel this summer, with the pop icon slated to perform a new song during the broadcast, Haaretz reports.

The European Broadcasting Union told the Israeli paper that the performer will debut a new song, as well as a classic, at the 64th annual competition, which will begin on May 14 and last four days. A duet by last year’s winner Netta and the Queen of Pop herself has not yet been said to be in the works (but as long as in our hearts the Jewish soul sings, there is always hope, as they say.)

Securing the religiously ambiguous singer, Haaretz reports, cost to the tune of $1 million, paid for by Canadian-Israeli real estate titan Sylvan Adams. The competition will be hosted by a group including supermodel Bar Rafaeli and Arab-Israeli TV presenter Lucy Ayoub.

In honor of Madonna’s performance, the Schmooze presents a gentle re-write of Psalm 150:

Let everything that has breath praise the Lord._

We’ll be following Madge’s journey “through the wilderness” to the holy land — her fourth, as a performer. Our main hope is that her kosher-cooking personal chef will get to take this as a vacation.