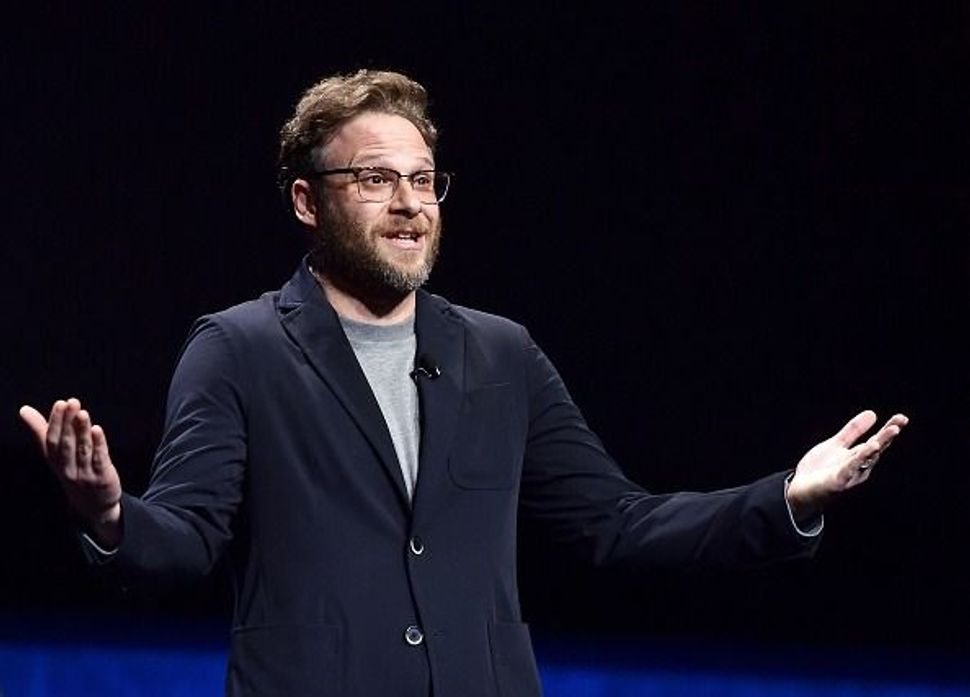 Seth Rogen opens up about his Jewish roots in a new profile with GQ Magazine. Image by Getty Images

Seth Rogen is open. He’s open about his generous use of marijuana, his love of calling people out over Twitter, and his mother. And he wears his status as a member of the Tribe of Israel like a badge of honor.

But seeing him talk about Judaism in the pages of GQ, the nearly 100-year-old “gentleman’s quarterly” magazine?

In a new profile in the magazine promoting his new film “Long Shot,” with Charlize Theron, the 37-year-old highlighted his Jewish upbringing. Interviewed while eating matzo ball soup in historic eatery Canter’s Deli, Rogen framed the secrets of his success around an anecdote…about the JCC.

For Rogen, JCC karate, of all things, was invaluable. “It wasn’t this, like, ferocious leap,” he said. “I just kept going, and slowly [other] people stopped. Because a lot of people will stop.”

Rogen’s parents, who raised him and his sister in Vancouver, are “exactly what you would imagine, very shticky.” His father has “OCD-tendencies.” His mother loves to bust her son’s chops all over Twitter. The Rogen family is funnier than yours, though. The Rogen patriarch sports a purse, and his son is considering joining in on the obsession.

Above anything, Rogen said that he appreciates the time and effort his parents put into helping his career take off. At one point, he was the sole breadwinner in the Rogen house during his run on the Judd Apatow comedy “Freaks and Geeks.” “I remember my dad being like, ‘In this year, you will make more money than I’ve ever made in my life,’” he said. “I was happy to have enough money that everyone could have money.”

That’s what we call honoring your parents.