Moby: I Dated Natalie Portman. Portman: I Was A Teenager, He Was A Creep. 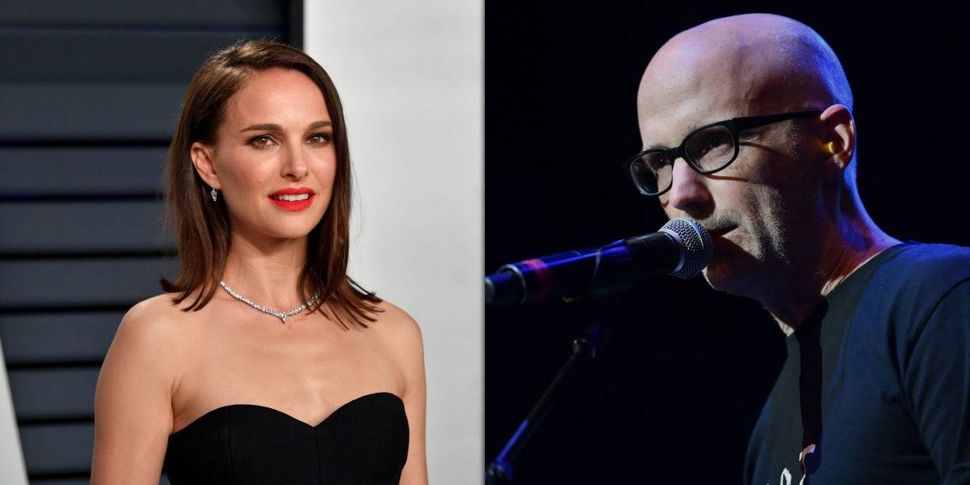 What would the 2019th year of the Common Era be without another delightful He said, She said?

The singer-songwriter Moby has claims in his new memoir that he had a fling with movie star Natalie Portman decades ago, when she was 20 and he was 33. He previously spoke of “dating” Portman in an interview in 2008.

Portman says that’s not what happened. “He said I was 20; I definitely wasn’t. I was a teenager. I had just turned 18,” she told Harper’s Bazaar UK.

And they didn’t date, she says. “My recollection is a much older man being creepy with me when I just had graduated high school.”

Portman, now 37 and promoting her new documentary on factory farming, also suggested that the out-to-pasture musician intentionally mischaracterized their relationship — “That he used this story to sell his book was very disturbing to me,” she said, adding that neither the writer nor anyone behind the publication of the book reached out to her for a fact check.

“I was a fan and went to one of his shows when I had just graduated,” she told Harper’s. “When we met after the show, he said, ‘let’s be friends’. He was on tour and I was working, shooting a film, so we only hung out a handful of times before I realized that this was an older man who was interested in me in a way that felt inappropriate.”

Portman’s strong refutations of Moby’s stories got a response from the 53-year-old artist. In an Instagram post on Wednesday, he wrote that his description of dating Portman is “accurate” and that his book provides “corroborating photo evidence” including, presumably, the picture he selected of himself shirtless and toothy, with his arm slung around Portman. He also referred to Portman’s interview in Harper’s as a “gossip piece.”

I recently read a gossip piece wherein Natalie Portman said that we’d never dated. This confused me, as we did, in fact, date. And after briefly dating in 1999 we remained friends for years. I like Natalie, and I respect her intelligence and activism. But, to be honest, I can’t figure out why she would actively misrepresent the truth about our(albeit brief)involvement. The story as laid out in my book Then It Fell Apart is accurate, with lots of corroborating photo evidence, etc. Thanks, Moby Ps I completely respect Natalie’s possible regret in dating me(to be fair, I would probably regret dating me, too), but it doesn’t alter the actual facts of our brief romantic history

It’s a controversy, like so many others of late, that will no doubt serve as a kind of Rorschach blot test, dividing people who see this as yet another example of a man so used to taking advantage of young women that he can’t even recognize his own behavior, and people who think women have become hysterical.

It might help to read some excerpts from the book in question. In his memoir, “Then It Fell Apart,” Moby writes that Portman approached him in his dressing room after a concert and was “flirting with me.” His anecdotes read markedly differently if Portman was 18 or 20 when they occurred, though in either case Moby is 16 years older than Portman.

“She was wearing a perfectly fitted beige dress and looked disconcertingly like Audrey Hepburn,” he writes of another run-in with the movie star. In the same story, she winningly tells him, “I don’t drink.” It would be a charming quirk, except that she actually isn’t legally able to drink. In another story, they spoon in the “small bed” of her dorm room in college.

Moby: I Dated Natalie Portman. Portman: I Was A Teenager, He Was A Creep.