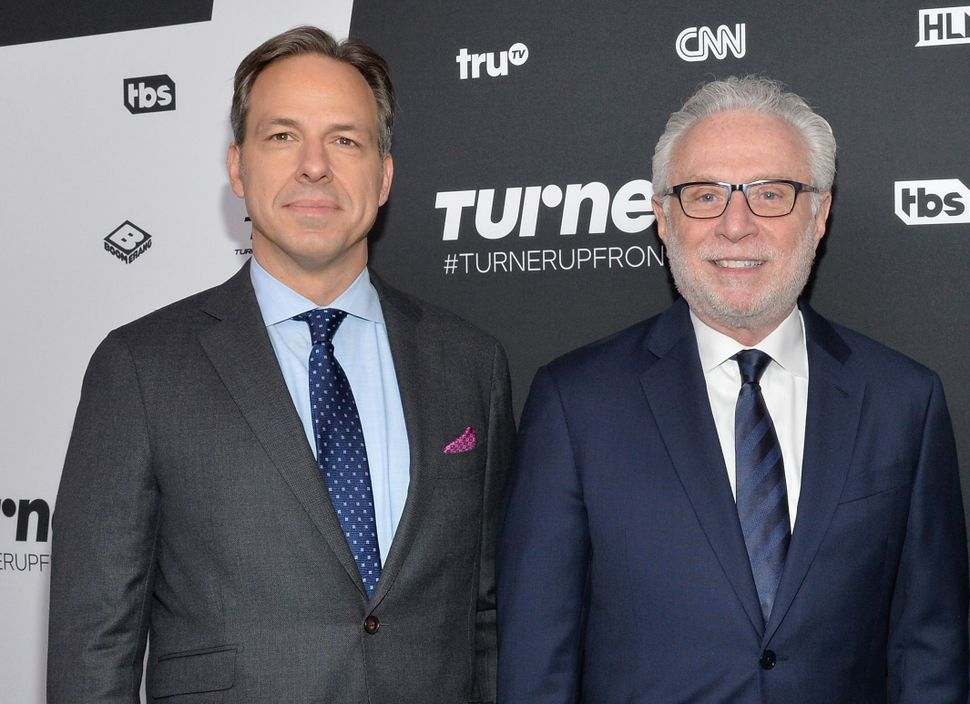 What is it about seeing adult men play a giant plastic piano with their feet? We may never know, but it’s just delightful.

Promoting the upcoming CNN mini-series “The Movies,” anchors Jake Tapper and Wolf Blitzer stoically performed “Chopsticks” by dancing on a giant keyboard, channeling Tom Hanks and Robert Loggia in an iconic scene from the 1988 movie “Big.”

Executive produced by Tom Hanks, Gary Goetzman and Mark Herzog — as always, nice to see so many women involved — “The Movies” will be a 12-hour, six-part docu-series on the history of film as an influence on mainstream American culture. The series is a follow-up to the network’s decades-themed series, which covered “The Sixties” through “The 2000s” in two-hour documentary chunks.

Truly, the Schmooze sat through too many hours of liberal arts school to be so easily enchanted by two white millionaires pretending to play music on a giant piano. (Is that foot-karaoke? foot-syncing?) And yet the upcoming series — set to feature interviews with Steven Spielberg and Billy Crystal, among others — will probably likewise enrapture us. “Movies” premieres on CNN on Sunday, July 7.

Jenny Singer is the deputy life/features editor for the Forward. You can reach her at singer@forward.com