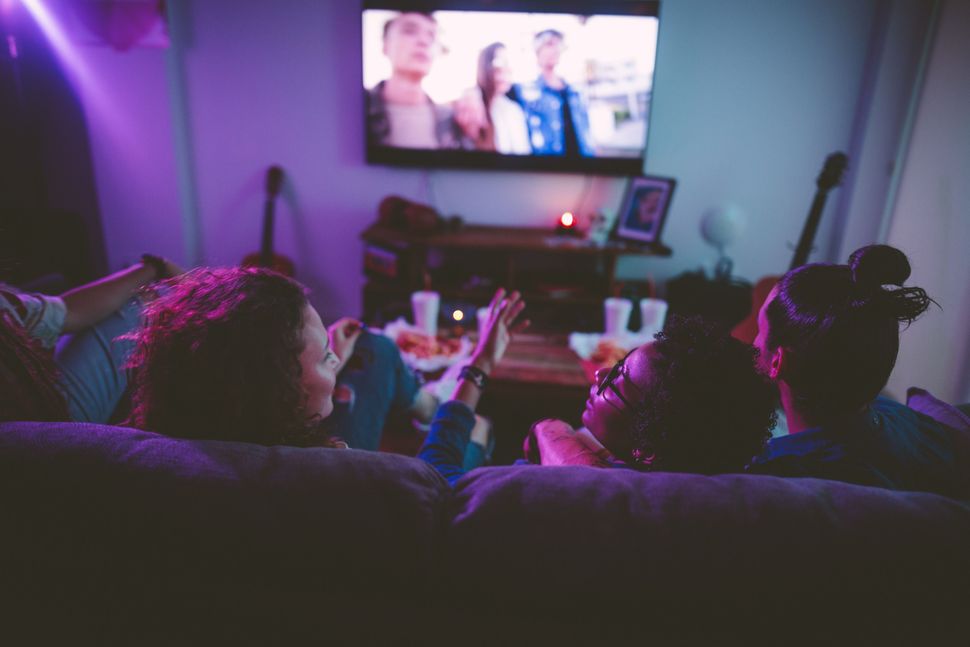 I was a junior at Stern College for Women when I stumbled upon my first “Bachelor” party. I was foraging for a late-night snack from the vending machine in my dorm building, when I noticed that the lounge’s couches were filled with girls, crowding around the TV and talking about what sounded to be the same guy.

Curious, I stepped closer and was surprised to see what they were so passionately analyzing – America’s favorite television show, “The Bachelor.”

As much as I am a reality show fiend, “The Bachelor” and its subsequent spin-offs never appealed to me. I’ve never been into the idea of watching a group of people vie for one person’s love through various challenges and group dates. It reminds me of my days in Yeshiva University, riding on what fellow students deemed “the shidduch shuttle” to get from one campus to another – and it isn’t an experience that I particularly enjoyed.

What did intrigue me was how invested these millennial Jewish women were in this show. It puzzled me – was it a physical representation of a fairy-tale fantasy, where their Prince Charming finds them at the ball after dancing with their competitors? Perhaps they identified with the show because it mirrored their own dating woes, in the Orthodox shidduch market? It honestly reminded me of those times on the university shuttle, where a group of girls would shamelessly flirt with the lone boy sitting in the back, hoping to land a date by the time they were dropped off at their respective dorms.

It’s no secret that American women love “The Bachelor” and its spin-offs, affectionately called “Bachelor Nation” – sometimes to the point of obsession. But among millennial Jewish girls, the show is almost a religious experience, with weekly parties and a detailed “sermon” about which person will be the perfect partner for the chosen Bachelor or Bachelorette chosen for that particular season. It’s even worse during the summer, when “The Bachelorette” airs and there are a plethora of men to choose from as if you’re a kid in the (kosher) candy store.

But one question remains for me. What is it about this franchise that draws the young Jewish female population to it time and time again? I took the question to Facebook, and here are what women have to say:

The Drama.
When I asked Sarah what compelled her to watch Bachelor Nation, she answered that the drama appealed to her. “Beautiful and dramatic men and women competing for one person’s love – emotions run high and shape the way everyone interacts with each other, causing tons of drama and entertainment!”

The Promise Of A Happy Ending.
Unless there is a fluke and the Bachelor or Bachelorette doesn’t give a final rose (ahem Colton Underwood), there’s a good chance that someone will receive their fairy-tale happy ending and find their bashert – something all women strive for. “All women hope to find love,” Elizabeth told me. “That’s why they watch – it’s a fantasy for them. They watch because they want to believe in real love.”

The ‘Bachelor Nation’ Analysis.
What started out as a television show has now expanded into many other ventures, including podcasts – and Jewish women are flocking to them, too. “I love the podcasts,” Hannah answered emphatically. “It’s like having Bachelor Nation in your pocket any time, and anywhere!”

Some of the recommendations I received: “Almost Famous” with Nick Viall and Ashley Iaconetti, “Off the Vine” with Kaitlyn Bristowe, and “Mouthing Off” with Olivia Caridi.

‘Bachelor Nation’ As A Community.
We know that bonding over TV brings khevres closer together. But for Bachelor Nation, the shows intertwine contestants and viewers into one big happy mishpokhe. “[Watching Bachelor Nation] has brought a community where people of all ages can come together and have a great time based on a shared quality,” Rachel said.

And for those looking to achieve their wildest dreams and meet their favorite Bachelor or Bachelorette – it’s not as unattainable as you would think. From ticketed events to watch parties with the current season’s contenders at local bars, there’s a good chance you can snag an Instagram-approved selfie.

A vampire and a doctor walk into a bar…

One of us is a Bachelorette contestant and the other has a nanny.

So next time you see that an episode from Bachelor Nation is airing? Grab a couple of girlfriends, drink a ton of Bartenura Moscato and prepare to become a part of the world that has taken over millennial Jewish women.

Who knows? You just might find me there too.

All names have been changed to protect identities.