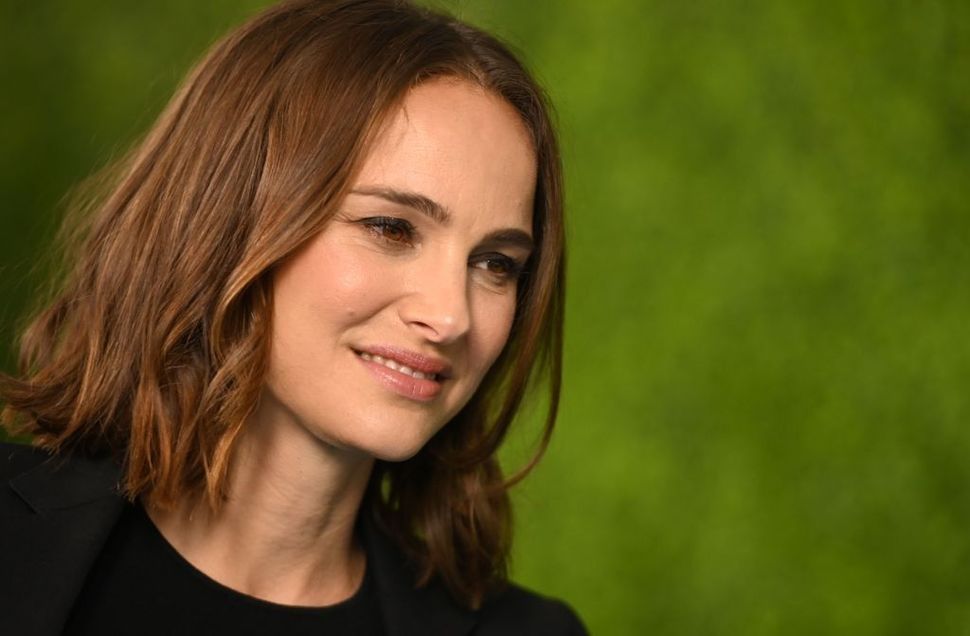 Portman, who played Anne Frank on Broadway in 1997, compared her to a current migrant Image by Getty Images

In 1997, novelist and cultural critic Cynthia Ozick wrote an article for the New Yorker criticizing the “distortion” of the historical and literary figure of Anne Frank.

Portman starred on Broadway in a revival of “The Diary of Anne Frank” that same year as a 16-year-old, and the comment she made about Frank’s diary that damned her to Ozick was this: “It’s funny, it’s hopeful, and she’s a happy person.”

On Tuesday, Portman, now 38 and one of the most famous actors alive, posted on Instagram about studying the role of Frank, comparing the experience of Frank and her family hiding in the Secret Annex to that of migrants hiding from Immigration And Custom Enforcement agents.

“When I was 16 I visited Anne Frank’s house with Miep Gies, the woman who bravely hid Anne and her family when the Nazis were rounding up Jews in Amsterdam and much of Europe,” Portman captioned a snapshot of herself as a teen, standing in front of the trick-staircase that opened the door to the annex. “Today, I shudder at the thought of a young girl hiding somewhere in my own country, afraid to turn on her light or make a noise or play outside lest she get rounded up by our government.” She added the hashtags, “notinmyname” and “notinmycountry.”

When I was 16 I visited Anne Frank’s house with Miep Gies, the woman who bravely hid Anne and her family when the Nazis were rounding up Jews in Amsterdam and much of Europe. Today, I shudder at the thought of a young girl hiding somewhere in my own country, afraid to turn on her light or make a noise or play outside lest she get rounded up by our government. #notinmyname and #notinmycountry Follow @theirc @fams2gether @together.rising @aclu_nationwide @raicestexas to learn how you can help.

The Trump administration moved forward over the weekend with plans to target and remove undocumented immigrants who have received final orders for deportation. Several publications have reported on migrants who cannot afford to miss work yet are terrified to leave their houses, wary of being picked up by ICE and never seeing their homes again. Portman may have been indirectly referencing the story of Liza, a teenager in Passaic, New Jersey, who told the New York Times that she and her family huddled in their house with the lights off as ICE agents waited outside. Elena, a 41-year-old housekeeper in Miami, told BuzzFeed that she and her teenage daughter and husband leave the lights off even when they are home, fearing that ICE officers will seize them and send them to Nicaragua, even though her daughter is an American citizen who has never spent time in that country.

Portman draws a direct parallel between those women women — literally in the dark, crammed into small spaces with their family members, trying to stay quiet and undiscovered — and Anne Frank, in hiding during the Holocaust.

One has to wonder what Ozick, now in her 90s, would think of this. Portman obviously didn’t forget the lessons she learned while portraying Frank, but she did universalize them in a way that has become massively controversial among Jews and non-Jews, especially under the Trump administration. Portman’s voice adds glamour to the chorus of the young Jews of the “Never Again Is Now” movement, and non-Jews like Representative Alexandria Ocasio-Cortez, who compared detention centers where migrants are being held in inhumane conditions to concentration camps.

Portman tagged a series of non-profit groups that aid immigrants and refugees, including the International Rescue Committee, Families Together, Together Rising, the ACLU, and the Refugee and Immigrant Center for Education and Legal Services of Texas, encouraging her followers to help out.

One inspiration might come from the words of Miep Gies herself, the Dutch woman who helped shelter the Franks and their compatriots, died in 2010, thirteen years after she took Portman on a tour of the Annex. When she was alive, she liked to say of her decision, “I want everyone to know that I am a very common and cautious woman and definitely not a genius or dare-devil. I did help like so many others who ran the same or more risk than me.”