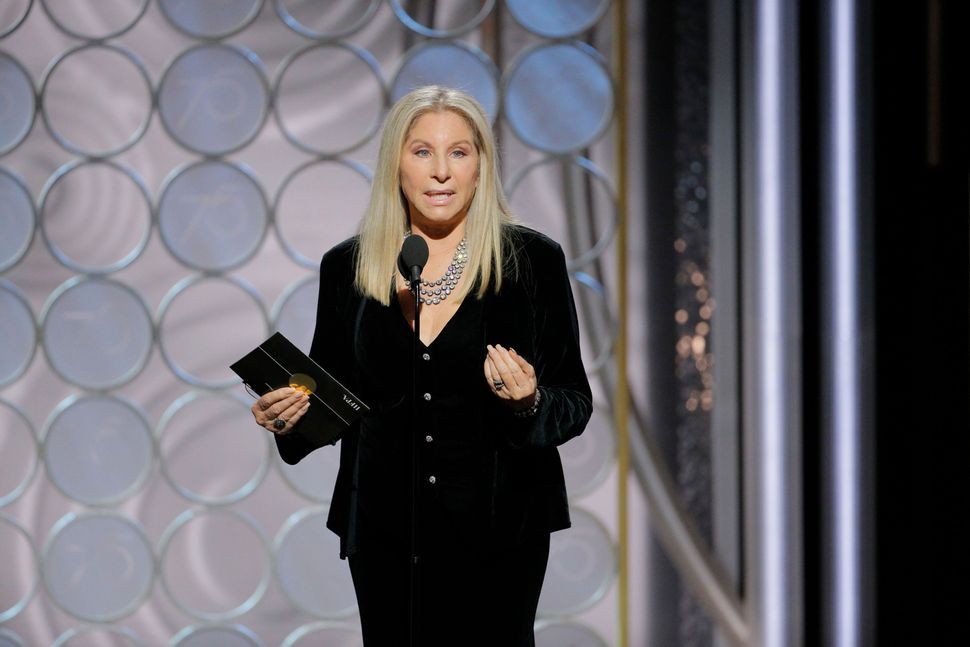 (JTA) — Barbra Streisand has been “writing a lot” about modern anti-Semitism in her memoir, which she has been working on for years.

“It’s an extremely complex topic, and there’s not enough room in this interview to adequately cover it,” the show business icon said in an interview with the Chicago Tribune last week. “So I’ll just say, as (a) person who is proud of my Jewish heritage, it’s deeply concerning. It’s undeniable that anti-Semitism is one of the most vexing, terrifying issues of our times.”

She continued, “But this anger and hatred has actually been here for 3,500 years. It just reveals itself in different ways through the millennia, but it’s ever-present. Jews have always been the scapegoats, blamed for the ills of the world.”

“It will come out when it comes out,” a Viking source told the New York Post last year. “The support for her autobiography is undiminished. It’s worth waiting for.”

The post Barbra Streisand says she will address anti-Semitism in her anticipated memoir appeared first on Jewish Telegraphic Agency.