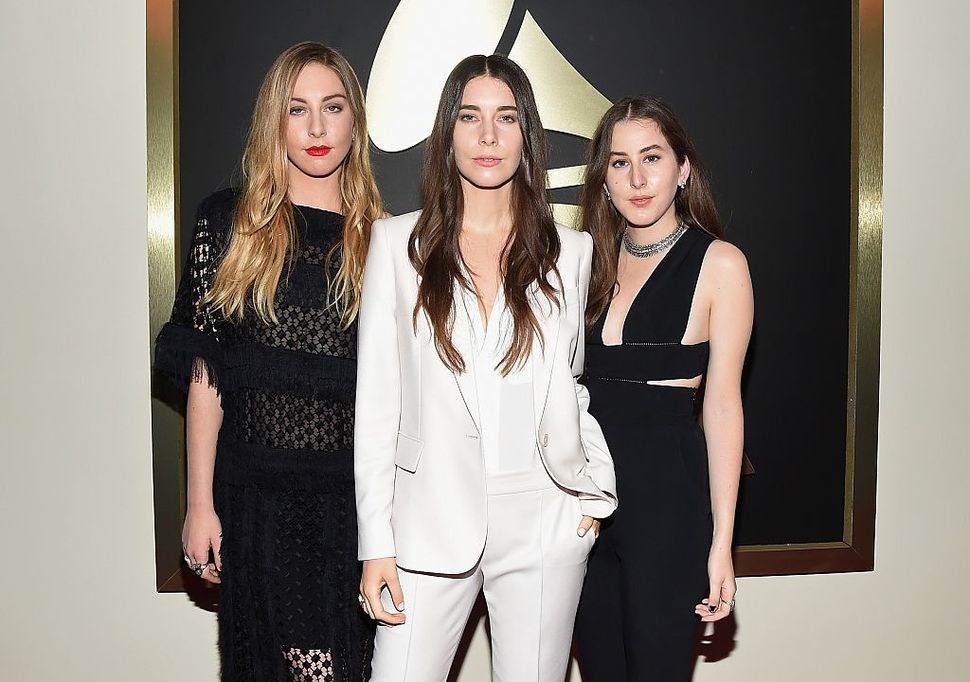 In “Remember That We Suffered,” a song in the musical theater-based TV show “Crazy Ex-Girlfriend,” a rabbi character played by Patti Lupone laments on behalf of Jewish educators everywhere, “I mean, would it be such a crime/for the Beastie Boys or Haim/to sing it in their songs one time/’Remember that we suffered?’”

HAIM — the popular rock band comprised of sisters Danielle, Alana, and Este Haim — has done us one better, quoting the enduring lyrics of a Jewish folk song in their new single “Summer Girl.” A contemplative slow-burn about a relationship, the lyrics in question go like this:

The tears behind your dark sunglasses
The fears inside your heart as deep as gashes
You walk beside me, not behind me
Feel my unconditional love

They seem to be an allusion to the famous lyrics from the song “Lo yisa goy,” popular at Jewish summer camps and Jewish prayer-spaces that sing English songs. That song, which borrows Hebrew from Isaiah (it translates to “Nation shall not lift up sword against nation. They shall study war no more.”) The English verse goes, “Don’t walk in front of me I may not follow/Don’t walk behind me I may not lead/Just walk beside me and be my friend/And together we will walk in the path of Hashem.”

Both the writer of that song and the origin of that quote are unclear. “Don’t walk in front of me…” is frequently misattributed to Albert Camus, who never said anything of the kind. There’s no clear record of who said it, but the quote has endured through Jewish summer camp sing-a-longs and Reform services, where worshipers sling their arms around each other and belt out walking commands. On one of those evenings, likely, the Haim girls heard that line.

We won’t walk in front of them, but they’re definitely leading.