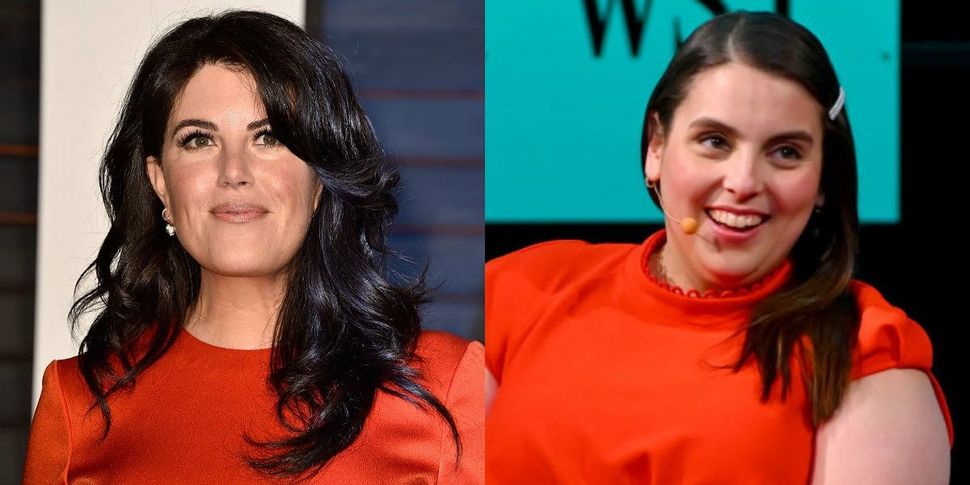 It is said that living well is the best revenge.

But perhaps from here on out this will be said: becoming a cult personality and then producing a TV show about the most infamous chapter of your life, starring a beloved young actress, is truly the best revenge.

That is what Monica Lewinsky is set to do on season three of “American Crime Story,” the popular FX series from hitmakers Ryan Murphy and Brad Falchuk, Variety reports.

Previous seasons of the prestige anthology crime show focused on the murder trial of O.J. Simpson and the murder of fashion designer Gianni Versace, respectively. The third, “Impeachment” will dramatize the impeachment of former president Bill Clinton, and will based on be based on the 1999 book by New Yorker writer Jeffrey Toobin, “A Vast Conspiracy: The Real Story of the Sex Scandal That Nearly Brought Down a President.”

“Impeachment” is set to premiere September 27, 2020 — you know, probably a slow time for news, when sheer boredom will cause Americans to wax nostalgic about upheaval in our highest office, salacious scandals, and oppressive national tension.

Feldstein (she is the sister of Jonah Hill, and Falchuk is married to Gwyneth Paltrow, plus his mom is a big macher at Hadassah, while we’re doing Jewish geography,) will star as Lewinsky. A zaftig, raven-haired Southern California girl like Lewinsky, Feldstein has enjoyed a precipitous rise — she drew praise as a sidekick in the indie-darling “Lady Bird,” then broke out as the star of “Booksmart.” Her expansive repertoire includes physical comedy, Broadway belting, and making-you-cry-about-middle-school. Off-screen, she has developed a much-loved social media presence — so has Lewinsky, by the way: 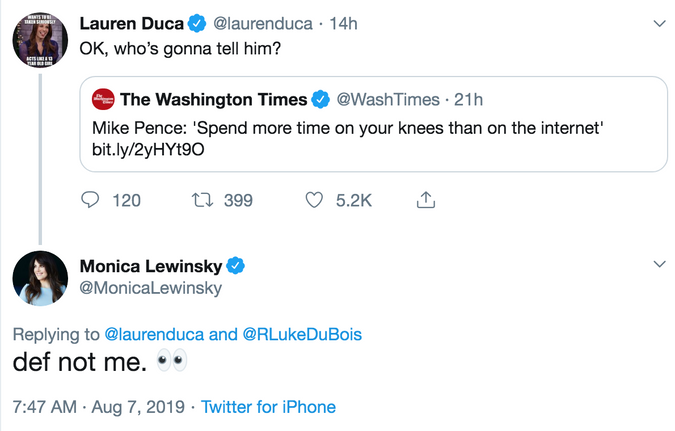 Murphy told Vanity Fair that he approached Lewinsky at a party and said, “Nobody should tell your story but you, and it’s kind of gross if they do. If you want to produce it with me, I would love that; but you should be the producer, and you should make all the goddamn money.”

Lewinsky, whose entire identity has been formed by the fallout of her affair with Clinton (unlike, well, Clinton’s identity) told Vanity Fair, “People have been co-opting and telling my part in this story for decades. In fact, it wasn’t until the past few years that I’ve been able to fully reclaim my narrative; almost 20 years later.”

She added, “Powerful people, often men, take advantage of those subordinate to them in myriad ways all the time. Many people will see this as such a story and for that reason, this narrative is one that is, regretfully, evergreen.”

For decades, Monica Lewinsky has been the butt of the joke. Now that’s changing, but Lewinsky is likely to hold on to that particular skill set. “When I grow up I want to have the sense of self and sense of humour of Monica Lewinsky,” a fan tweeted on Wednesday morning.