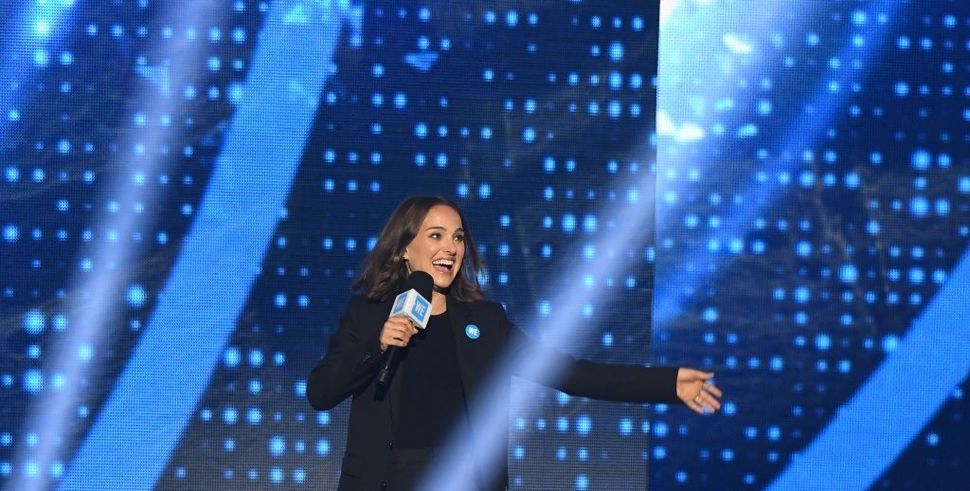 Natalie Portman, laying eyes on a role of a misunderstood woman with a slight accent Image by Getty Images

The trailer for “Lucy In The Sky,” Natalie Portman’s upcoming space flick, has none of those things. The real life story on which it is based has all of them.

The official trailer for the movie based loosely on the life of former-NASA astronaut Captain Lisa Marie Nowak dropped today. Nowak dominated headlines in 2007, when she was charged with attempted murder after allegedly trying to kill her lover’s partner.

The details of the story screamed “Lifetime movie” more than “biopic” — Nowak’s lover and lover’s-lover were fellow NASA astronaut Commander Bill Oefelein and US Air force captain Captain Colleen, respectively; Nowak drove from Houston to Orlando, a distance of almost 1,000 miles, in pursuit of Shipman. In the most titillating details of the story, police found Nowak driving with a mallet, a knife, a BB gun, latex gloves, and a map to Shipman’s house. She was wearing a wig, a trench coat, and diapers, which she explained to police were meant to streamline her drive to Shipman.

None of this appears in the trailer for “Lucy In The Sky,” rather we have Natalie Portman in a Debbie Friedman wig, making a direct bid for an Oscar. The trailer also offers references to both The Beatles and “I Love Lucy,” and some fetching shots of Jon Hamm.

Why all this crud when you can have diaper-assisted space murder? Near the end of the trailer, we see “Lucy” in a wig and trench coat, running through a parking lot holding a bottle of pepper spray (as she did in life) but mostly it’s dull monologues. Written and directed by Noah Hawley, whose previous work has all been TV comedies, “Lucy In The Sky” refocuses on a powerful woman’s story in a way only a movie written by a man can — by paving over a powerful woman’s story.

Not sure what the point of this one is, but Portman and Hamm look so telegenic, outer space might get jealous.

Watch the “Lucy In The Sky” trailer here: