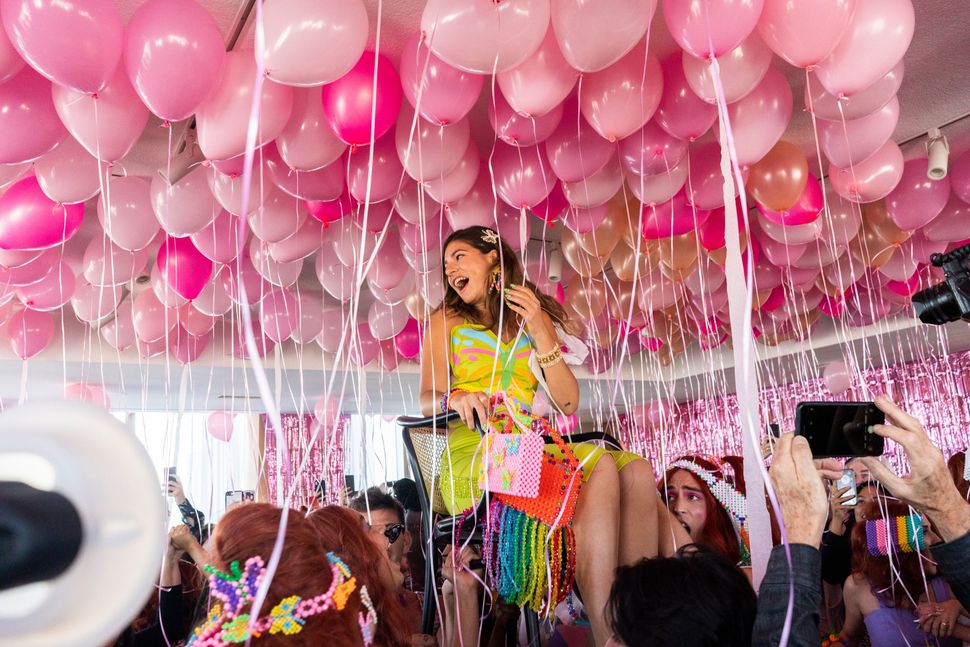 Can a brand have a bat mitzvah?

Last week, emerging accessories empire Susan Alexandra became an adult in the eyes of the fashion community. To showcase the brand’s new collection at New York Fashion Week, founder Susan Korn, staged a bat mitzvah-themed show that she described in a press release as “glittery, frilly, baby pink dream of any 13-year-old girl, but just as appealing to everyone else.”

For Korn, who has been making jewelry since 2014, the bat mitzvah theme was more than just a gimmick. Her trademark Susan Alexandra beaded bags gained cult status after supermodel Gigi Hadid posed with one on Instagram last year. Now her plastic creations, which evoke the glitz and kitsch of childhood, are coveted by all kinds of grown-ups across the country. To keep up with demand, Korn has a team of over forty women crafting her designs by hand in Queens. Last fall she made her New York Fashion Week debut, and this year she’s making a foray into clothing for the first time. Susan Alexandra is coming of age. 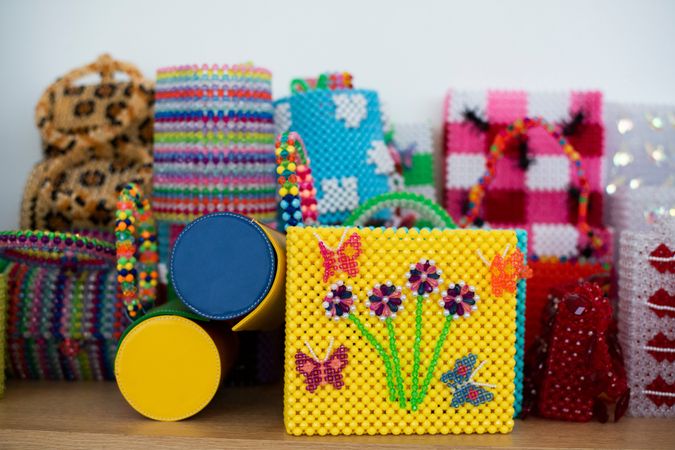 And in front of five hundred friends, family, and fans at Manhattan’s Public Hotel, she had her big day. The Fashion Week event combined a designer’s eye for aesthetics with a bat mitzvah girl’s love of glitter. Jewish LGBTQ+ activist Adam Eli — who wore a custom bedazzled kippah for the occasion — launched the event with a short speech. Eli is no stranger to Susan Alexandra’s unique aesthetic, having participated in her NYFW debut, in which a cast of transgender models took over — what else? — a SoHo bagel shop. On Instagram, he noted that since religious spaces can be alienating for queer people, it was especially moving to see “my two cultures mingling, thriving, and taking selfies” at the event.

You never know what life will bring, only what you bring to life. It’s @susan_alexandra Bat Mitzvah and guess who’s the Rabbi!?

Instead of reading the Torah, a diverse cast of models — from New Yorker writer Naomi Fry to Jewish comedian Cat Cohen and drag queen Steak Diane — modeled girlish silhouettes, flashy headpieces, and whimsical appliqué details. At the show’s conclusion, all-lesbian Klezmer band Isle of Klezbos commandeered the stage, and Korn was hoisted above the crowd in a chair while attendees danced the hora.

While she’s come a long way since her own bat mitzvah, Korn credits that stage of her Jewish life for helping develop creative flair. Attending the flurry of services and celebrations for friends was “my first time going out into the world and really expressing myself with clothing, shoes, jewelry, bags,” she told Teen Vogue. One thing is for sure – the exuberance and mishegas of bat mitzvah season is no longer just for kids.

Irene Katz Connelly is an intern at the Forward. You can reach her at [email protected]