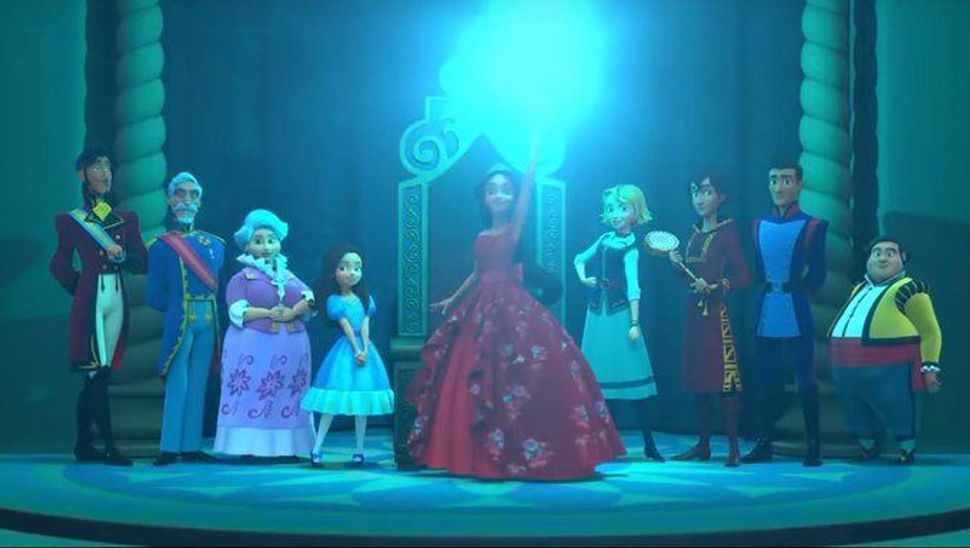 This Hanukkah season, the Disney universe will finally gain a princess who’s a member of the Tribe.

While Sarah Silverman sparked some hope and a lot of confusion last year by claiming her character in “Wreck-It Ralph” as the first Jewish princess, Disney has never included an officially kosher character. (We love Sarah, but a Jewish voice over actress doesn’t make a Jewish character — otherwise Pocahontas, voiced by Judy Kuhn, would be Jewish.) But on September 17, the entertainment giant announced its inaugural Hanukkah special, which will air on Disney Junior series “Elena of Avalor” and feature a princess from a “Latino Jewish kingdom.”

The special will star Jamie-Lynn Sigler, who’s known for playing a slightly different kind of princess: spoiled-but-sympathetic Mafia daughter Meadow from “The Sopranos.” Sigler, whose Ashkenazi, Sephardic and Cuban heritage make her a real-life analogue to her onscreen avatar, took to Twitter to celebrate her opportunity to play Disney’s first Jewish princess.

I am so excited to voice Disney’s first Jewish princess ??‍♀️❤️❤️❤️ https://t.co/TISMnknDyQ

Parents have also expressed excitement at the prospect of new visibility for Jewish characters: Twitter user Meira Leah responded to Sigler’s tweet that “nothing excites (and confuses them since it’s so rare) my kids more than when Jews get some air time on kids shows.”

Nothing excites (and confuses them since it’s so rare) my kids more than when Jews get some air time on kids shows!! ??Super excited for this!!

Other fans are skeptical, given the long absence of Jewish characters from Disney’s canon and the fact that Sigler appears as a guest star, rather than a protagonist in her own narrative. Referencing the frequent sidelining of Jewish characters in television, Kiddush Book Club host Jessica Russak-Hoffman tweeted “Can it be a Hanukkah episode and not a ‘Look, it’s Christmas, but that one girl is celebrating Hanukkah’ episode?” Sigler responded in the affirmative, seeming to signal a commitment to Jewish representation in the Magic Kingdom.

Can it be a Hanukkah episode and not a “Look, it’s Christmas, but that one girl is celebrating Hanukkah” episode?

Popular on Disney Channel since its 2016 premiere, “Elena of Avalor” tells the story of a Latina princess, Elena Castillo Flores, who saves her kingdom from an evil sorceress and must now learn to govern. If her new Jewish friend is as much of a girl-boss as she is, there won’t be much time to make latkes — The Schmooze hopes Prince Charming will be a mensch and volunteer to help them out.