Is An Israeli Fashion Mogul About To Save Barneys’ From Liquidation? 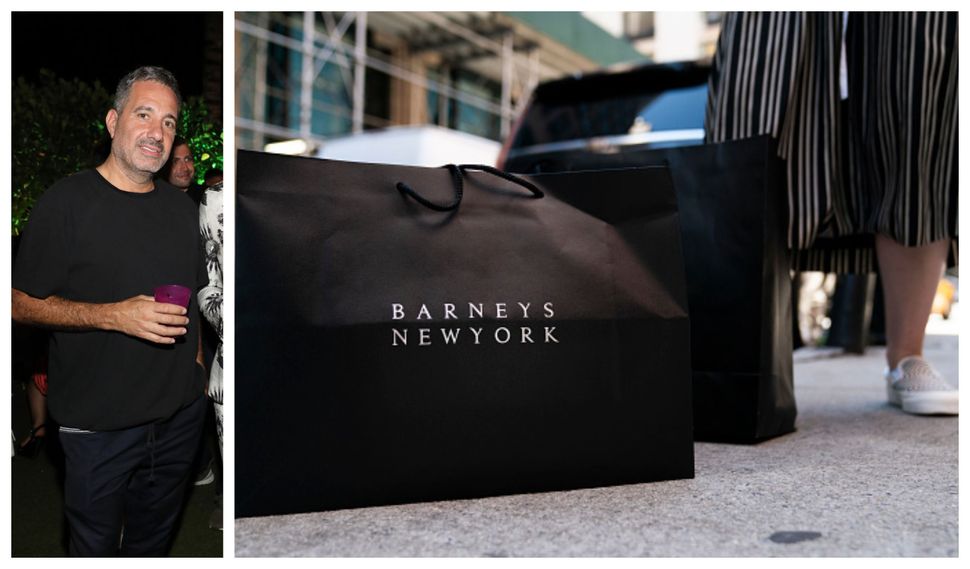 An Israeli-born fashion mogul is emerging as the white knight who may rescue beleaguered Barneys New York from liquidation.

Sam Ben-Avraham, who founded white-hot streetwear label Kith and now runs the fashion-trade expos like PROJECT and Capsule, is preparing to pony up about $220 million for Barneys, according to the Wall Street Journal. Ben-Avraham “is assembling a consortium of retail veterans and brand investors to help fund the bid,” the Journal reported.

A Jewish thread runs through Barneys’ history. Launched by Barney Pressman in 1923 as a discount store, the brand grew to a luxury behemoth with stores and outlets nationwide. In a shocking turn, the company filed for bankruptcy protection in August. Its current woes stem partly from disputes with its Madison Avenue landlord in Manhattan — Ben Ashkenazy of Ashkenazy Acquisition Corp., whose portfolio reportedly includes more than 100 New York City buildings.

As the Forward reported in August, the developer’s net worth has been estimated at about $7 billion; he made headlines in 2016 for hiring Drake to perform at his daughter Gigi’s bat-mitzvah.

Ben-Avraham, the potential Barneys’ suitor, keeps a relatively low profile, but his roots emerge in a few online stories. His LinkedIn profile depicts him at the Western Wall. And Ben-Avraham supported an exhibition last month of artist Jordan Nassar at Tel Aviv’s Center for Contemporary Art.

The offer led by Ben-Avraham “is the furthest along and it contemplates an asset-based loan and cash to keep Barneys operating,” according to Bloomberg.

Is An Israeli Fashion Mogul About To Save Barneys’ From Liquidation?