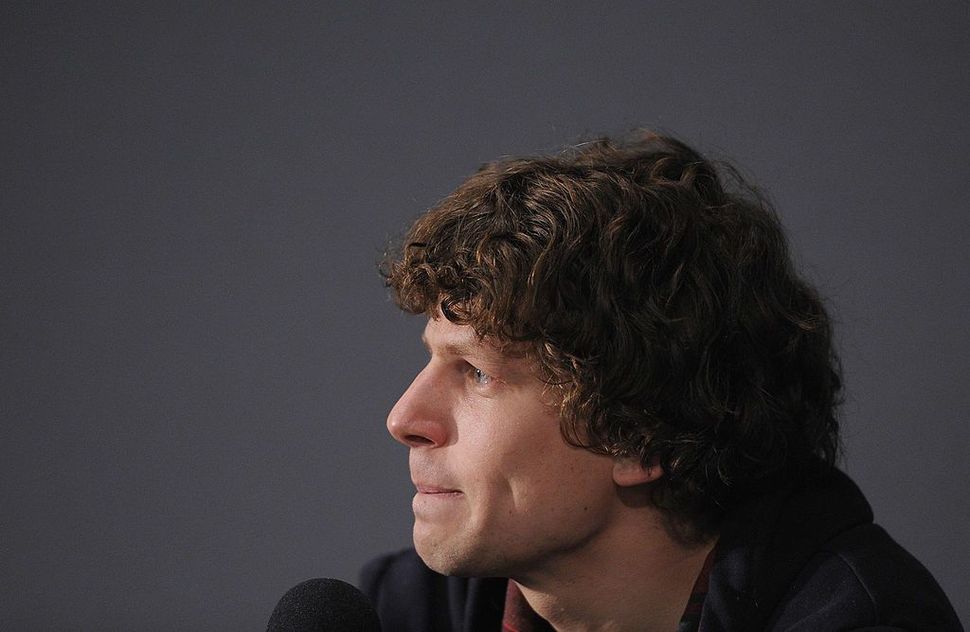 Jesse Eisenberg will portray Marcel Marceau, a key figure of the French Resistance. Image by Getty 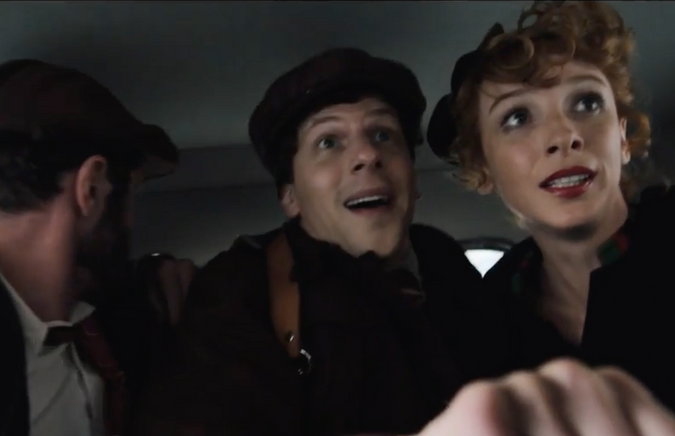 Jesse Eisenberg shot to fame playing the tech giant whose incursions into civic life we’re all busy #resisting. Now he’s playing a member of the actual, capital-R “Resistance” — but we still can’t stop thinking of him as Mark Zuckerberg.

This spring, Hollywood’s worst interviewer is set to star in an oddly aestheticized biopic of Marcel Marceau, a key Jewish figure of the French Resistance credited with saving over 70 children from deportation.

After fleeing the Nazi invasion of Strasbourg as a teenager, Marceau was recruited into the French Resistance by his cousin and smuggled children from Paris to Switzerland, often masquerading as a Boy Scout troopleader. He honed his skills as a mime by performing at orphanages and during covert evacuations, keeping his charges calm during tense moments. After the war, Marceau achieved the dubious distinction of becoming the world’s foremost mime

A clip of the movie shared by People opens on a graceful, not at all war-torn Paris square, where French police are loading remarkably clean-cut Resistance fighters into a truck. Meanwhile, an assortment of circus performers who look like they stumbled out of Moulin Rouge continue to drink beer and eat fire in perfect indifference — possibly the best-choreographed depiction of authoritarian dystopia to grace the big screen. It falls to Eisenberg (who, with his untucked shirt, poverty-chic rucksack, and hangdog please-let-me-into-the-finals-club expression, still looks like a grubby, pre-Facebook Zuck) to rescue his comrades by launching a lit torch at one of the police officers (do we spot a buried reference to the way he massively burned the Winklevoss twins by using their idea to make a fortune and imperil American democracy?). Leaving the collaborator to writhe on the ground, our strong-jawed dissidents exit the scene in a stylish Citroen that spirits them to a Resistance hideout disguised as (what else?) a charming and very Parisienne cafe. 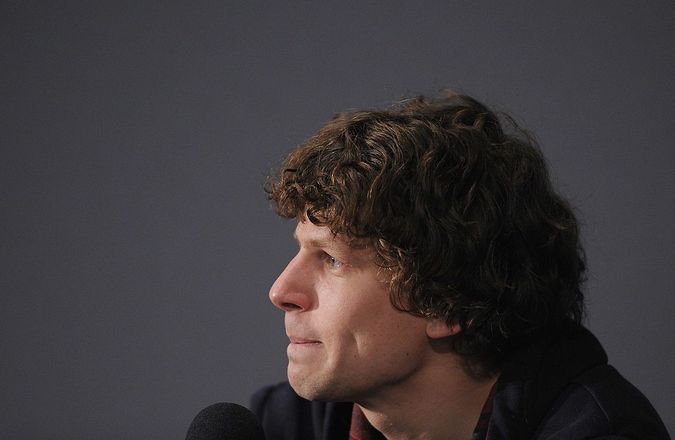 Jesse Eisenberg will portray Marcel Marceau, a key figure of the French Resistance. Image by Getty

Eisenberg, who lost ancestors in the Holocaust and has written a play about visiting a second cousin who survived, told People that he connected with the screenplay for “Resistance” because Marceau and his family were from the “an area close to where my family is from and where my family died.”

“It’s really the story of this artist kind of finding a way to use his work for the benefit of other people,” he said.

“Resistance” seems poised to join Jojo Rabbit in the coterie of movies bringing a slightly (or more-than-slightly) camp take to the Holocaust. The Schmooze hopes that by focusing on Jewish figures, the film will avoid the exculpatory self-mythologizing that accompanies so many accounts of the French Resistance — because while tumbling gracefully out of Nazi trucks can be chic, sidestepping history never is.