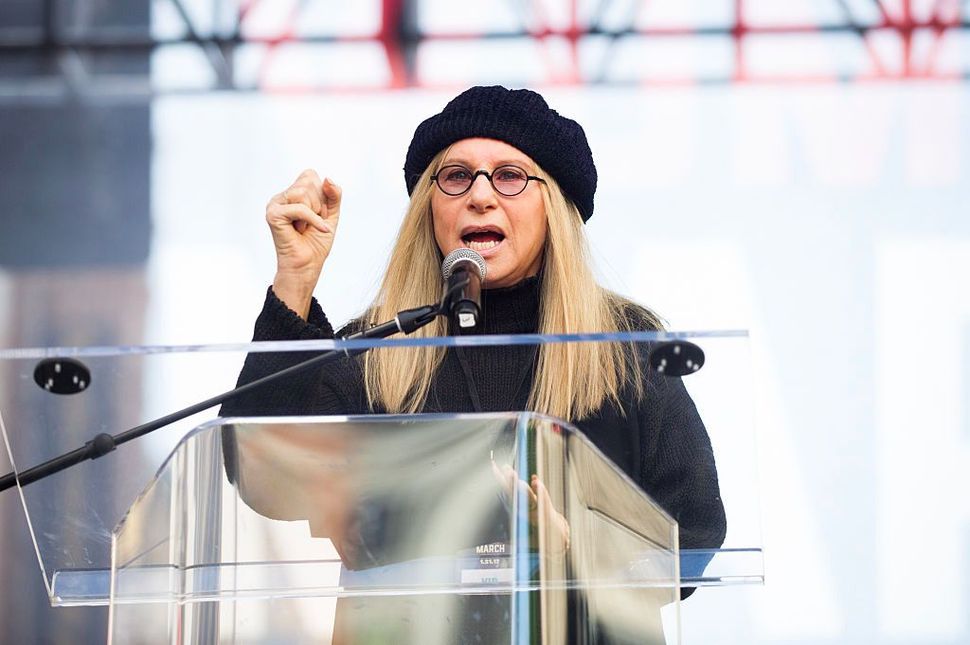 Streisand speaking at the Women’s March in 2017. Image by Getty

A post on Gianna’s Instagram account showed her opening a folder stamped with the Disney logo and posing with what appears to be a letter from Streisand. “Thank You @barbrastreisand for my package,” she captioned the snapshot. “I am now a Disney Stockholder thanks to you.”

Thank You @barbrastreisand for my package, I am now a Disney Stockholder thanks to you ???

Streisand also sent Gianna two of her albums, “Color Me Barbra” and “My Name is Barbra.” 1960s records may seem like ambitious listening for an elementary schooler, but Streisand’s spokeswoman told CNN that the singer also sent videos of her first television specials, during which she performed songs for children.

Gianna has found herself in the national spotlight since her father, George Floyd, was killed by Minneapolis police officer Derek Chauvin in May. An outpouring of support for Floyd’s family followed. So far, a GoFundMe started to support Gianna has raised over $2 million.

No Justice No Peace, We will get justice for you Daddy .. ? @ksmithqos #justiceforgeorgefloyd

Nor is Streisand the only celebrity to offer assistance: Kanye West recently announced that he’s setting up a college fund to cover Gianna’s future college tuition.

Gianna and her mother, Roxie Washington, have largely shied away from public appearances, opting not to attend Floyd’s televised memorial in Minneapolis. But an Instagram account created shortly after her father’s death keeps well-wishers apprised of her health and safety. In June, Gianna made an appearance on Good Morning America alongside Washington to talk about her father.