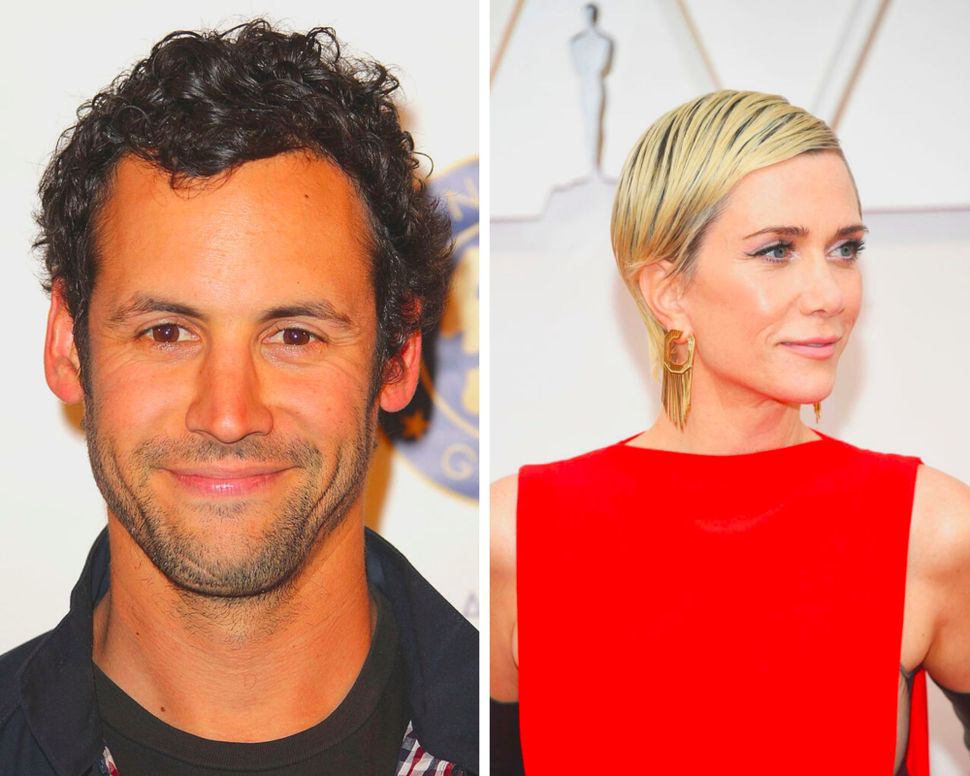 “Bridesmaids” star Kristen Wiig and fiancé Avi Rothman just revealed they had twins and hid them for months — without anyone finding out.

No prying eyes? No gory discussions of morning sickness? No “when-are-you-getting-married” dinner talk? We know there must be some disgruntled bubbies out there, but Wiig is living her best life and we’re kvelling.

Our favorite Target lady and Rothman, who looks like Penn Badgley spliced with a Kushner, revealed their small but definitely not newborn offspring on a casual walk in Los Angeles. Thursday morning. After Us Weekly reported that the twins were delivered via surrogate earlier this year, Page Six released photos of Wiig rearranging one baby’s bucket hat (in no Jewish household is it ever too early to warn your kids how much cancer they will get for every millimeter of face exposed to the sun).

Kristen Wiig and fiancé Avi Rothman are spotted out with their twins https://t.co/xkxkzCePVE pic.twitter.com/QQHCj7L0zo

Forward staffers wanted to know more. When were they born? Are they identical? Have they been visited by a mohel, and with what level of halakhic observance?

But squinting very hard at the photos, I was able to answer…none of these questions. Insofar as all babies look the same, they are identical at the moment. One appeared to be wearing pink baby gauchos, while the other sported blue ones. This could signify Wiig’s commitment to foisting tired gender norms on her hapless spawn. Or it could mean that colors are irrelevant to someone charged with caring for two humans who can do literally nothing for themselves.

Since I am a childless crone who can barely distinguish an infant from a toddler, I consulted two devoted aunts and uncles on the Forward staff as to the babies’ probable age.

“Hard to say,” concluded one.

“They look pretty human and thus not like newborns,” another weighed in. Based on this crack sleuthing, I’m going to go ahead and guess four months.

Wiig may have alluded to the babies’ existence while hosting Saturday Night Live’s Mother’s Day episode in May. In a monologue, she said that while she hasn’t always appreciated her mother, “this year I’m feeling especially grateful for her advice, her love.” (Then, of course, because it’s Kristen Wiig, she made a joke about breastfeeding that involved a plate of chicken breasts. Just watch the video.)

Little is known about Rothman, which may be because there isn’t that much to know: he’s supposedly an actor, writer, and director, but per IMDB he’s best known for his 2013 short film “Bunion.”

But that’s just fine. The Schmooze stans nothing more than a trophy partner of the tribe for the creative genius who has ensured I will never board an airplane without thinking about women in colonial garb.