Timothée Chalamet has a new girlfriend and no one is pleased 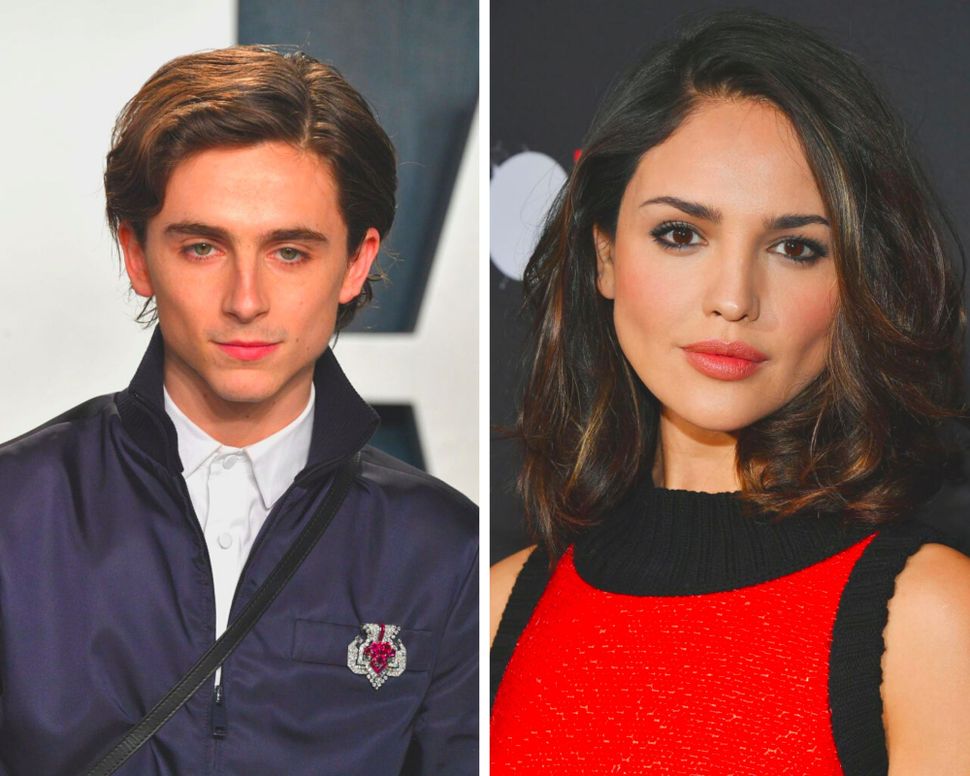 There is simply too much chiseled cheekbone in this relationship. Image by Getty

Just two months after parting ways with his last poolside makeout partner, Timothée Chalamet seems to have found himself another.

Photos released by the Daily Mail on Tuesday showed Chalamet, looking like he could stand to eat a few more of the New York bagels he purportedly enjoys, enjoying an unmistakably un-platonic afternoon with Mexican actress Eiza González in Cabo San Lucas. Guitars were strummed. Hair was petted. Light canoodling occurred.

If you feel like you’ve already seen these snapshots, that’s probably because they’re situationally indistinguishable from the year and a half of waterside make-out photos we enjoyed during Chalamet’s PDA-heavy relationship with fellow waif-let Lily-Rose Depp. Famous for literally munching on each other’s faces while on yachts, Depp and Chalamet reportedly split in April. While most millennials would be distraught to find themselves newly single in the midst of a global pandemic, this is Timothée Chalamet, so the rules don’t apply — coronavirus or no, the courting rituals of bikini-clad starlets must go on.

González, 30, is famous for her role in the televnovela “Lola: Érase una vez.” A household name in her native Mexico, she broke into the American film scene by starring in films like “Baby Driver” and “Alita: Battle Angel.” Chalamet is famous for crawling all over Armie Hammer in “Call Me By Your Name” and having bone structure so exquisite that even this bowl cut kind of works for him.

Chalamet’s fandom is almost as robust as his thick, thick eyebrows, and their reaction to the abrupt end of his bachelor status is best encapsulated by this GIF of Florence Pugh (Timmy’s Little Women co-star, who spends most of the movie throwing herself at his feet the way fans wish they could in real life) sobbing her heart out.

We’d say their mothers are equally sad to lose this nice(ish) Jewish boy just as he got back on the market, except that a) we suspect that the name Timothée Chalamet means nothing to most of them and b) international travel, maskless hangouts, and midsummer sun exposure may be three of the biggest mom nightmares right now.

Shortly after, González apologized publicly, saying that it wasn’t her decision to wear the offensive costume. “I am deeply sorry and ashamed about having worn blackface makeup shown in the images circulating. As a 15-year-old child actor on my first job in a Mexican telenovela, I was pressured against my will, and with no negotiating power, I could not advocate for myself in the situation,” she told Page Six.

Timothée Chalamet has a new girlfriend and no one is pleased