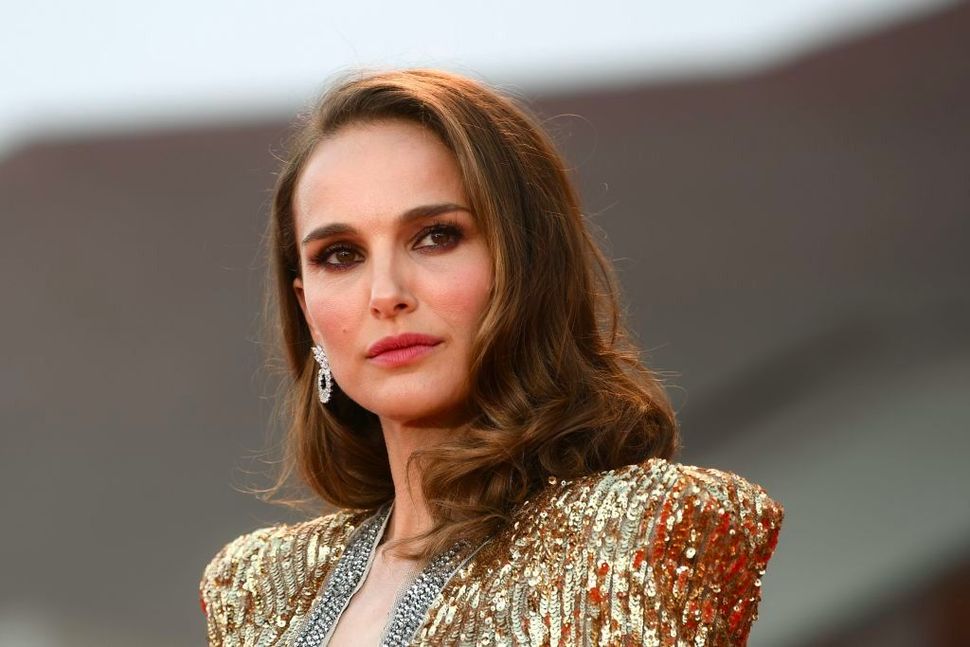 The actress is leading a group of 32 investors to create a franchise she hopes will be “culture-shifting.” Image by Getty

Natalie Portman, patron saint of the vegans, the Marvel fans, and the Oscar-snubbed female directors, has stepped in to play fairy godmother to yet another constituency: fans of women’s soccer.

On Tuesday, the actress and a largely female group of investors announced their intention to form a National Women’s Soccer League franchise in Los Angeles, giving the city of angels a team of it’s very own.

The team, whose name and venue will be announced later this year, will be the eleventh team to join the league and begin playing in 2022 — by which point, we hope, spectators might be able to attend games in person.

While Portman is helming the group, it’s populated by some equally impressive investors, including “Mrs. America” star Uzo Aduba, actresses Jennifer Garner and Eva Longoria, venture capitalist Kara Nortman and Alexis Ohanian, the founder of Reddit and Serena Williams’ trophy husband. Former women’s soccer players including Mia Hamm and Abby Wambach have also invested. Altogether, the team has 32 owners, an unusual arrangement that Sportico reported is “as notable as the names behind it.”

Portman told People she was inspired to start a franchise after she began attending NWSL games (at the behest of league executives, who no doubt hoped for exactly this) and realizing how little recognition or support female athletes enjoy. “We slowly started seeing that it wasn’t getting the celebration it deserved.”

Ohanian, the group’s lead investor, put it a little more bluntly: “I believe there are a lot of good social reasons for this to be a successful enterprise, but this is first and foremost a capitalist one,” he told Variety. Behind the wide-eyed rhetoric is a pragmatic investment in a sport on a clear upward trajectory. A record-breaking 1.12 billion fans watched 2019’s Women’s World Cup, where purple-haired goalie Megan Rapinoe led the United States team to victory even as President Trump jeered at her from the (online) sidelines. That win translated into increased viewership for domestic games: attendance increased 20% between 2018 and 2019.

But female players have been feted with parades, they’ve struggled to win the sincerest recognition their employers can provide: equal pay. In the wake of their World Cup win, players on the women’s national team sued the U.S. Soccer Federation for millions in damages citing the difference between their wages and those of their counterparts.

Pre-trial motions filed by U.S. soccer demonstrated the kind of institutionalized sexism the players were up against: the federation argued that men’s soccer simply “requires a higher level of skill.” Apparently, male players should be compensated for that skill even if they don’t have it: while the women’s team has won four World Cups and four Olympic gold medals, while the men’s team has won none of either.

Molly Levison, a spokeswoman for the female players, said U.S. Soccer’s rationale “belongs in the Paleolithic Era.” But it also worked: in May, a federal judge dismissed key parts of the lawsuit, including the women’s claims of unequal pay and working conditions.

There’s no guarantee that Portman will create a players’ paradise in Los Angeles: if there’s anything that recent revelations of workplace discrimination have taught us, it’s to be very wary of the #girlboss sweeping in to fix everything. No information about player salaries has been released yet.

But at least Portman is aware of the barriers female players face and the ramifications a new model could have, within and outside the world of soccer. “To celebrate women at the same level as the way we celebrate male athletes is culture-shifting,” Portman told People. We certainly hope so.