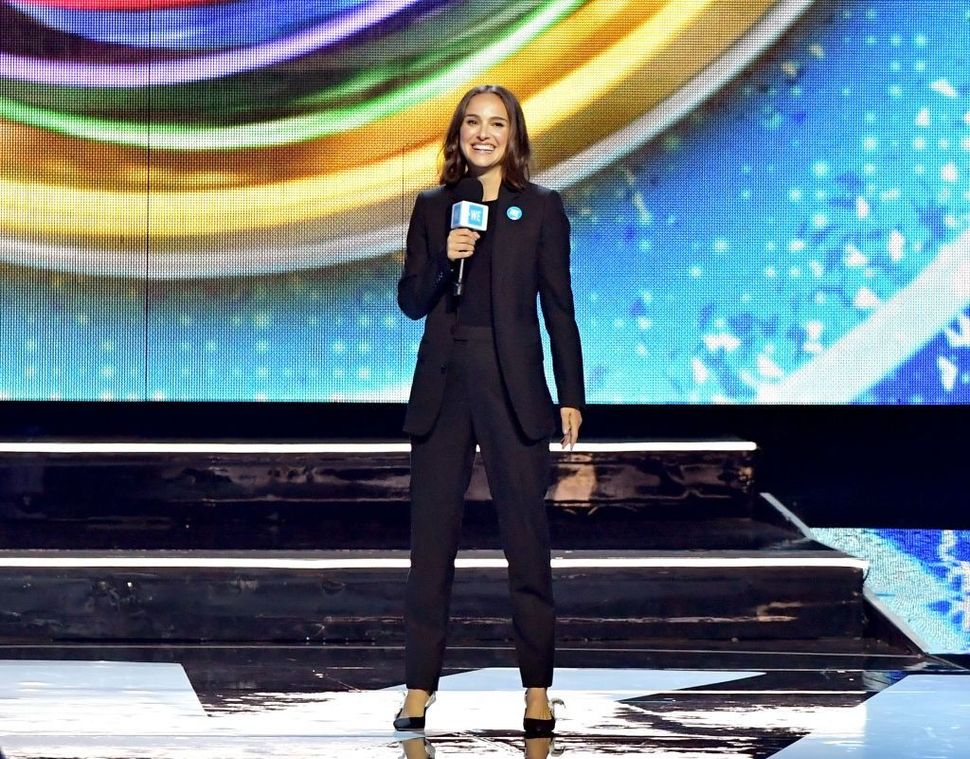 Vegans are so annoying, right?

Sorry insecure carnivores, longtime vegan Natalie Portman has the perfect counter for you: “Lots of people make fun of anybody who cares about anything deeply, right?” Portman asked a group of 16,000 high school students in California.

“I’m here to say, it is always a great thing to care…to have your heart open so much that someone else’s pain feels like your own, to care so much that you’ll spend your time making sure that change happens, and that’s why you are all here today,” Portman cried, according to Yahoo News.

Portman, as righteous as she is resplendent (and we love her for both), appeared at the youth activism event in California, for WE, an international charity that works on sustainable change in impoverished areas, in part by partnering with schools to educate and spur activism. The actress, activist, researcher and parent says that her choice to abstain from eating all animal products (that’s veganism, which is distinct from vegetarianism — not eating animals) feels deeply connected to her feminism.

“Only after I became active in women’s issues did I realize that my veganism was related to those very issues,” she told the massive crowd of young activists. “Dairy and eggs don’t just come from cows and chickens, they come from female cows and female chickens.”

“Mothers are separated from children to create milk,” Portman continued. “Animals are sick and in crowded, prison-like conditions to make dairy and eggs. It doesn’t take a lot to draw the line from how we treat animals to how we treat humans.”

Radical, huh? Jewish literary luminary and Forward writer Isaac Bashevis Singer said the same thing. And he didn’t just compare animal slaughter to feminism, he compared it to the Holocaust.

“Eat how you believe,” Portman added. And another thing — if you’re convinced that vegans are annoying but you’re the only one you ever hear talking about vegans, chances are you are annoying.