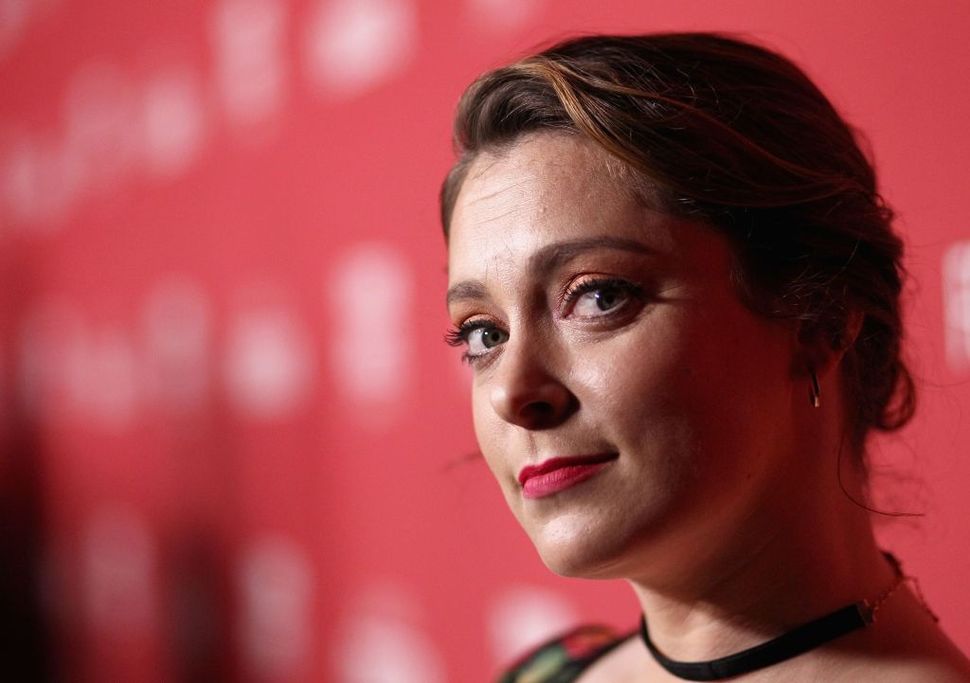 It’s made in the image of God! Image by Getty Images

If you’ve ever harbored tender feelings for an adult your parents hired to help you and your peers get down on the dance floor during the most awkward period of your life, you probably never wish to contemplate that individual again.

You may feel uncomfortably seen by this Key and Peele sketch. You may destroy old diaries so that no evidence surfaces even if future literary admirers decide to publish all your teenage juvenalia. You may wake up wondering what that actual grown-up thought while watching you guzzle a Shirley Temple and attempt the Cha Cha Slide at the same time.

Not so for “Crazy Ex Girlfriend” alums Ilana Wolpert and Rachel Bloom, now working on a CW show whose title is also a basic plot summary: “I’m in Love With The Dancer From My Bat Mitzvah.”

The show, which Deadline reports has its roots in “real-life events,” follows a young woman whose obsession with a bar mitzvah dancer leads her “down a dangerous rabbit hole of criminal conspiracy,” ultimately exploring “the lengths we’ll go to delay dealing with reality.”

Wolpert, who created the show, will write and produce it with Bloom. This is only the third creative endeavor Bloom is juggling this year; she’s also preparing to release a collection of essays, “I Want To Be Where the Normal People Are,” and working on the Pop TV show “Mother Mary” in which, characteristically, she plays the mother of the antichrist. The two will be joined by Debbie Liebling, executive producer of “PEN15,” another show about the unbearable everything of being a teenager.

The Schmooze is halachically bound to consume all media with more than one Hebrew word in the title, but we’re a little worried. “I’m in Love With The Dancer From My Bat Mitzvah” is supposed to be a “romantic mystery,” but it sounds like a tragic tale about a young woman unable to achieve the central milestone (besides, you know, publicly reading Torah) of Jewish adulthood: forgetting exactly what happened at her bat mitzvah.