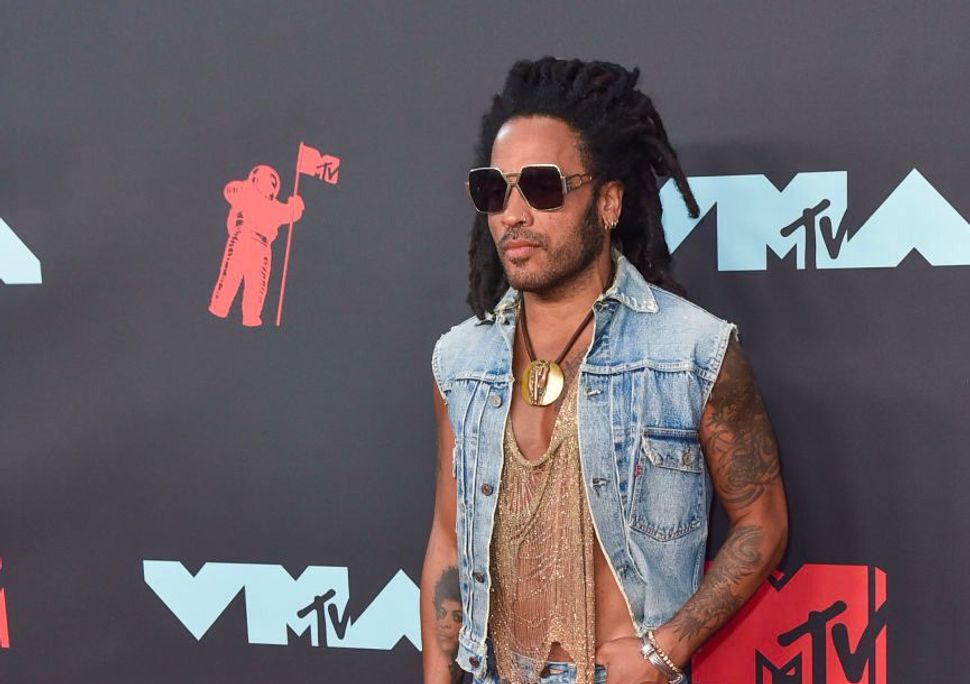 Did you ever pause while sanitizing your groceries or purchasing masks in bulk to wonder how Lenny Kravitz’s abs are faring during this global pandemic? If so, you’ll be happy to know the answer is here, and the answer is: just fine.

Those corners of the internet that haven’t been broken by President Trump’s coronavirus diagnosis are currently being decimated by widely-circulating photographs, brought to us by the courageous reporters of Men’s Health, of the musician parading shirtless on his compound on the Bahamian island of Eleuthera, where he’s been hunkered down for over five months.

I don’t know who needs to hear this, but: pic.twitter.com/pSWS3nwtR3

The magazine’s profile of Kravitz, which touched on such important subjects as his workout, his relationship with ex-wife and former collaborator Lisa Bonet, his workout, his upcoming memoir, and his workout, assured anxious readers that despite the inconvenience of communing with his trainer via FaceTime, Kravitz is still doing fasting cardio in the mornings and lifting weights throughout the day while balancing on a palm tree. In other words, as he put it, “a complete jungle workout.”

Kravitz is mostly famous for a body of work that summons with eerie accuracy the singular feeling of being a libidinous teenager in the late 1990s, even if the listener in question (me!) was in fact a toddler at the time. He’s only slightly less famous for his chummy relationship with Jason Mamoa, the glossy pile of muscle to which Bonet is currently married.

In the profile, Kravitz provided more evidence that women can have it all, if having it all means being married in short succession to two knockouts who get along weirdly well. Of Mamoa, Kravitz said, “Literally the moment we met, we were like, ‘Oh, yeah. I love this dude.’”