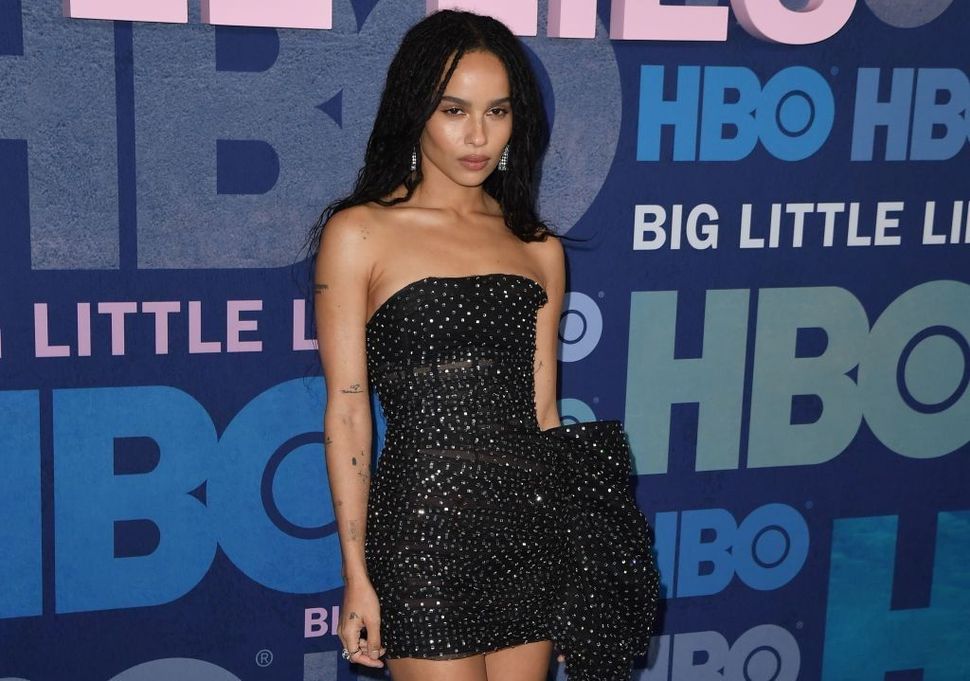 Zoe Kravitz will star as Catwoman Image by Getty Images

For people who believe that Jews run Hollywood, the hits just keep on comin’ — it was announced on Monday that Zoe Kravitz, the preternaturally cool actress daughter of Lisa Bonet and Lenny Kravitz, will star opposite Robert Pattinson in Matt Reeves’ upcoming Batman movie.

Kravitz, who you may know from her turn on “Big Little Lies,” or her eerie role in the “Harry Potter”-spinoff “Fantastic Beasts” movies, or from the fact that she always looks like a beached mermaid, will portray the iconic Catwoman, alias Selina Kylie. Reeves’ “The Batman,” set for release in June 2021, will be the first Bruce Wayne movie since Ben Affleck took off the mask after 2017’s “Justice League.” For maximum on-screen Yiddishkeit, Jonah Hill is rumored to be in talks to play the movie’s villain.

Kravitz follows in the paw-prints of Eartha Kitt, Michelle Pfeiffer, Halle Berry and Anne Hathaway, who have all made their mark on TV and film as the comic book antiheroine. Variety reports that Kravitz won the role over a slew of serious contenders including Zazie Beetz, Eiza Gonzalez, and Alicia Vikander, an Oscar winner. (We’re not convinced that pallid grump Pattinson is needed here — why not cast one of these fine ladies as Batman?)

It’s fitting for a Jew-ish actress — both of Kravitz’ parents are Jewish — to play Catwoman. The character was based in part on Ruth Kane, the cousin of Jewish Batman co-creator Bob Kane. Of course, Kane also created the Catwoman character based on his belief that women are “unreliable” and have a habit of “taking over our souls.”

Well. Describing the female ensemble in “Big Little Lies,” Kravitz said, “I think there’s a lack of representation in what it means to be a woman and a mother nowadays, so it’s not candy-coated. It’s not sweet; it’s not polite.” It’s safe to guess that she’ll take a swipe at the “Batman” legacy of misogyny.

And as for taking over our souls? She’s welcome to them.