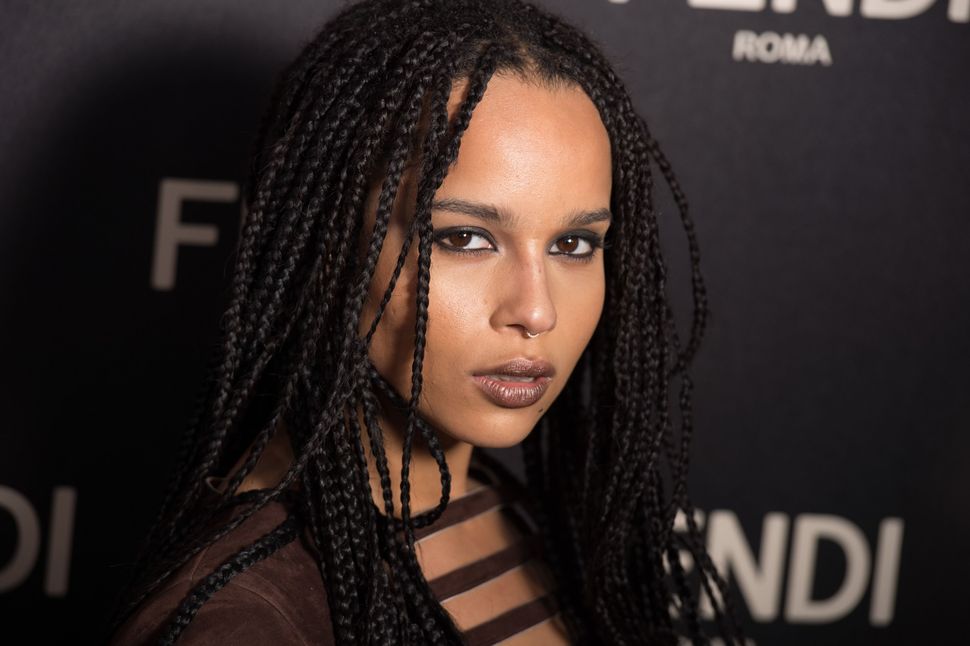 ZOe Kravitz, not too freaky Image by Getty Images

Zoe Kravitz, the swanlike actress and style icon we’re seriously crushing on, revealed to Elle Magazine that she was severely insecure during her childhood.

We’re not sure we can wrap our heads around the idea of the “Big Little Lies” and “Fantastic Beasts” star not being the beautiful superhuman that she is, but she explained that she “went through a really awkward phase.”

Kids often grapple with vulnerability and self-discovery, and their journey to adulthood is most comfortable for those that feel as though they belong and fit in. Zoe, the daughter of Lenny Kravitz and Lisa Bonet, was a lot of kinds of different — mixed-race, Jewish, and born into fame. She told Elle, “The things that made me different were the things I didn’t like about myself; I wanted to straighten my hair, remind people that I was half white.”

“It was a rough time for someone trying to discover who they are,” she explained that looking different than the rest of her peers made her feel self-conscious. She was “short and brown,” she said, and she “went to a private school in Miami, surrounded by wealthy kids, mostly white.” Despite financial privilege, her racial identity made her feel bad, she said. “I felt like a freak because my hair was different, and little kids would come up and say, ‘Can I feel your hair?’”

Kravitz as a child with dad Lenny

Kravitz also revealed the effect her famous (and Jewish!) parents had on her, adding that her father’s dating life did nothing to aid her insecurities, “my dad was dating supermodels, so I was waking up to Adriana Lima. I didn’t have beauty as a crutch, and I’m thankful for that because I had to develop my personality.”

Waking up to Adriana Lima sounds like the easiest way to eviscerate one’s sense of self. We too are grateful that Zoe was able to focus on strengthening her internal beauty and is now the ultimate double threat (stunning inside and out).

The rising star was recently engaged to Karl Glusman (another Jewish actor). We sure hope that Karl appreciates the gem that he has snatched from the American public. Mazel tov to this dreamy couple!

Tamar Skydell is an intern at The Forward. You can contact her at [email protected] forward.com