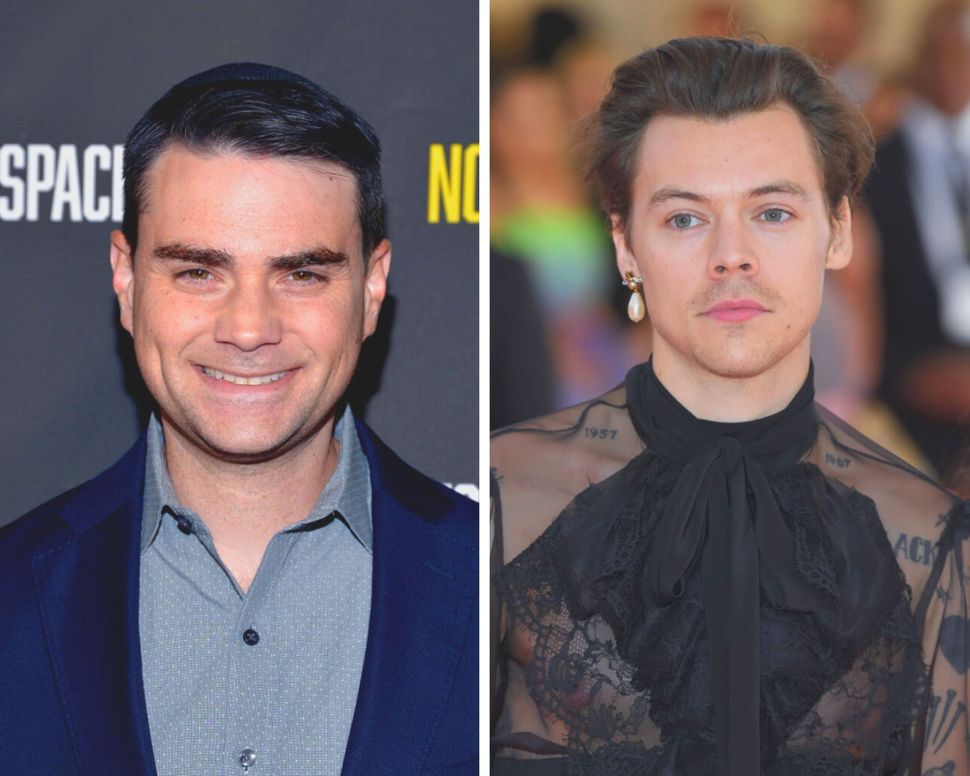 Professional heartthrob Harry Styles rocked several stylish ensembles during his recent Vogue cover shoot. Among them were a tartan skirt, a lacy ball gown, and a tulle hoop skirt that looks like it was ripped from my grandmother’s wedding dress.

Some readers likely experienced surprise while leafing through this spread: After all, it’s still rare to see men pictured in stereotypically female clothing, especially in the pages of high-fashion magazines. Most managed to overcome their astonishment, don the garments in which they feel most comfortable, and go about their days.

Good morning to Harry Styles slaying in a dress on the cover of Vogue and a reminder to wear WHATEVER makes you happy pic.twitter.com/J8VXOsGH9h

Not so for Ben Shapiro, who immediately took to Twitter, warning the public about the grave cultural threats posed by men in dresses. “Anyone who pretends that it is not a referendum on masculinity for men to don floofy dresses is treating you as a full-on idiot,” he tweeted.

This is perfectly obvious. Anyone who pretends that it is not a referendum on masculinity for men to don floofy dresses is treating you as a full-on idiot. https://t.co/cioUNBh4bi

There are plenty of good answers to Shapiro’s claim: That gendered fashions reflect fluctuating social norms rather than biological reality. That women in pantsuits, once considered a bizarre sight, now grace magazine covers all the time. That treating “floofy dresses” as signs of weakness and moral degradation is, more than anything else, a reflection of one’s attitudes about women.

Terrified for Ben Shapiro to find out my 1-year old son put on my bracelet and said “Faaaancy.”

But the simplest refutation of his tweet is the plain fact that, for most of history, all men wore dresses.

Julius Caesar? Wearing an airy toga on his quest to divide Gaul in three parts. Henry VIII? Terrorizing his wives while clad in bedazzled doublets. Louis XIV? You’d better believe that bad boy was sporting some exquisite hosiery as he ruthlessly crushed all political opposition.

Shapiro’s comments roused Twitter’s entire supply of historians (never a good move). Many pointed out that pants are newcomers in the long history of men’s fashions. In fact, the idea that, in order to prove their masculinity, men must wear ill-fitting cargo shorts in unimaginative colors is fundamentally at odds with historical notions of how powerful, “masculine” men adorn themselves.

As medievalist Eleanor Janega pointed out, the call to “bring back men’s traditional clothing” doesn’t mean exactly what Ben Shapiro thinks it does.

Perhaps, when Shapiro learns that wearing a skirt never prevented anyone from becoming a bloodthirsty autocrat, he’ll change his tune. In the meantime, the Schmooze would like to direct you to this viral video of a dad in a dress. As far as we’re concerned, there’s nothing more masculine.