Female pleasure is topping the charts, and Ben Shapiro is not happy at all 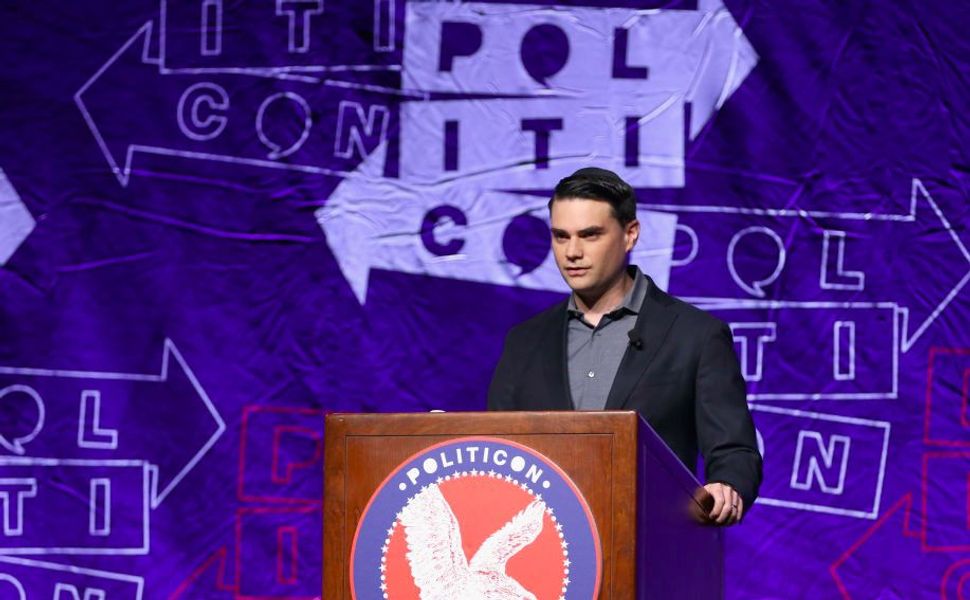 The song of the summer is here, courtesy of two talented female rappers, and it’s an anthem that invites women around the world to freely and unapologetically embrace their own sexuality.

So, naturally, Ben Shapiro has spent the day complaining about it.

In a video segment for The Daily Wire, the conservative pundit staged an extremely undramatic reading of Cardi B and Megan Thee Stallion’s “WAP,” intending to show that the song is unfit for public consumption. Instead, he only proved that he personally is very uncomfortable with the prospect of women having sex and enjoying it.

Yes, “WAP,” an inncuous acronym that stands for “Wet-Ass P—y,” absolutely does get vulgar — we can all admit that. Released as a music video on Friday, the track features Cardi and Megan discussing their state of sexual arousal in no uncertain terms (“You bring a mop and bucket for that wet-ass p—y”), Cardi and Megan lying in a pit of snakes, Cardi and Megan lying on top of each other in pools of water and live tigers and cheetahs to match the tiger- and cheetah-print lingerie worn by the up-and-coming rappers who make cameos in the video. The titular phrase is repeated too many times to count — except on the radio version of the song, where it was replaced with “wet and gushy,” wording that, as some have argued, is even more sexually forthright.

Speaking from a virtual newsroom that looks like it was created for a middle school social studies project, Shapiro reads the lyrics of the song in the mechanical monotone of a father who has been asked yet again to read his least favorite Dr. Seuss book. “Yeah you f—ing with that wet-ass p-word,” he enunciates in disgust, clarifying, in case anyone didn’t know, that “p-word means female genitalia.”

Shapiro is very upset with all 62 million of us who have viewed “WAP” on YouTube, and he presents his objections as rooted in his concerns for women’s well-being. “This is what the feminist movement is all about,” he says. “It’s not about women being treated as independent, full, rounded human beings. It’s about wet-ass p-word.”

He’s hardly the only man to object to “WAP” under the guise of caring for women. Congressional candidate James Bradley — who earned dozens of withering GIFs for claiming to have heard the song “accidentally” — tweeted that the track is “what happens when children are raised without God and without a strong father figure,” adding that he feels “sorry for future girls if this is their role model!”

Let’s put aside the obvious irony of a politician asking women to produce only art suitable for young children while the head of his own party boasts about grabbing women “by the p—y.” “WAP” is not meant for listeners of all ages, and it may not find favor with all adults: For every woman listening in delight as two rappers force the American public to confront the taboo topic of female pleasure, there may be another who doesn’t identify at all with the sex acts Cardi B and Megan Thee Stallion so vividly describe.

But while “WAP” might not be universally empowering — and it doesn’t need to be! — there are countless tracks by men whose language genuinely demeans and threatens every woman. Where was Ben Shapiro, defender of the well-rounded woman, when Rocko, Rick Ross and Future promoted date rape culture in “U.O.E.N.O.,” or when Robin Thicke did the same in “Blurred Lines?” When Drake’s slut-shaming anthem “Hotline Bling” captured American sound waves? When Eminem threatened to take a machine gun to a woman in “So Much Better?”

No, the endless buffet of male musicians unabashedly fantasizing about sexual violence is not the issue — at least not according to men like Shapiro and Bradley. The real danger to American youth is when women fantasize about consensual sex.

Female pleasure is topping the charts, and Ben Shapiro is not happy at all