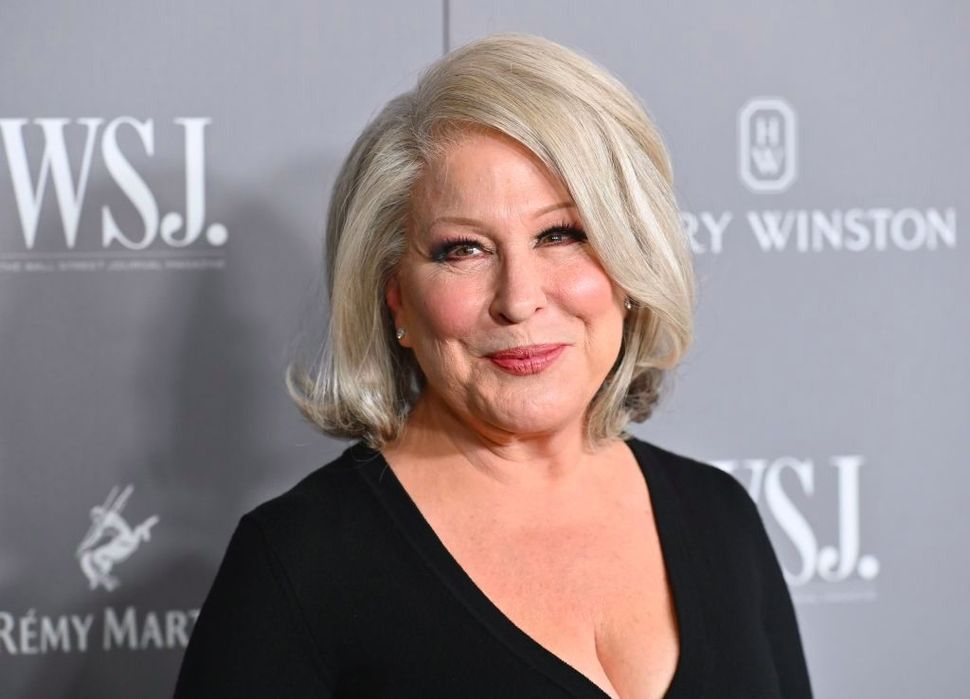 Bette Midler, a woman whose political views are a mystery to absolutely no one. Image by Getty

The recently-concluded presidential election has proved that when it comes to politics, there are two kinds of celebrities.

There are those who hang out on Instagram, hinting at acceptably liberal views through carefully worded infographics, coy ballot selfies and artfully displayed “I Voted” stickers.

And then there are the ones who spend all day, every day letting it out on Twitter, producing a ceaseless stream of hashtag-heavy missiles that read like even-less-filtered versions of your most politically-enraged cousin’s contribution to the extended family group chat.

Bette Midler, who turns 75 today, falls in the second category. And judging by her tireless output of anti-Trump tweets, her birthday will be a good one: After all, she’s getting exactly what she asked for.

Lest we forget another tragic downgrade courtesy of the #TrumpFamilyInteriorDesecration https://t.co/uwlK2yOFDy

And it cost $1.3 million. That woulda paid for a lot of teachers. https://t.co/IvvBDwmDaH

Ahead of the presidential election, Midler revived one of her biggest acts, reuniting with “Hocus Pocus” co-stars Sarah Jessica Parker and Kathy Najimy for social media PSAs encouraging young people to vote.

Weird, but maybe effective and definitely nothing compared to her other notable voter turnout stunt: posing with bonnets, cheese and flight goggles in an apparent attempt to get swing state voters to the polls.

The Schmooze doubts these posts moved the needle. Rather, Midler’s contribution to the election discourse comes from her constant reminders that if you or someone you love is too obsessed with the Trump presidency to let a single “Four Seasons Total Landscaping” meme go without a retweet, you’re far from alone.