From the archives, Influenza 1918: Till death do us part 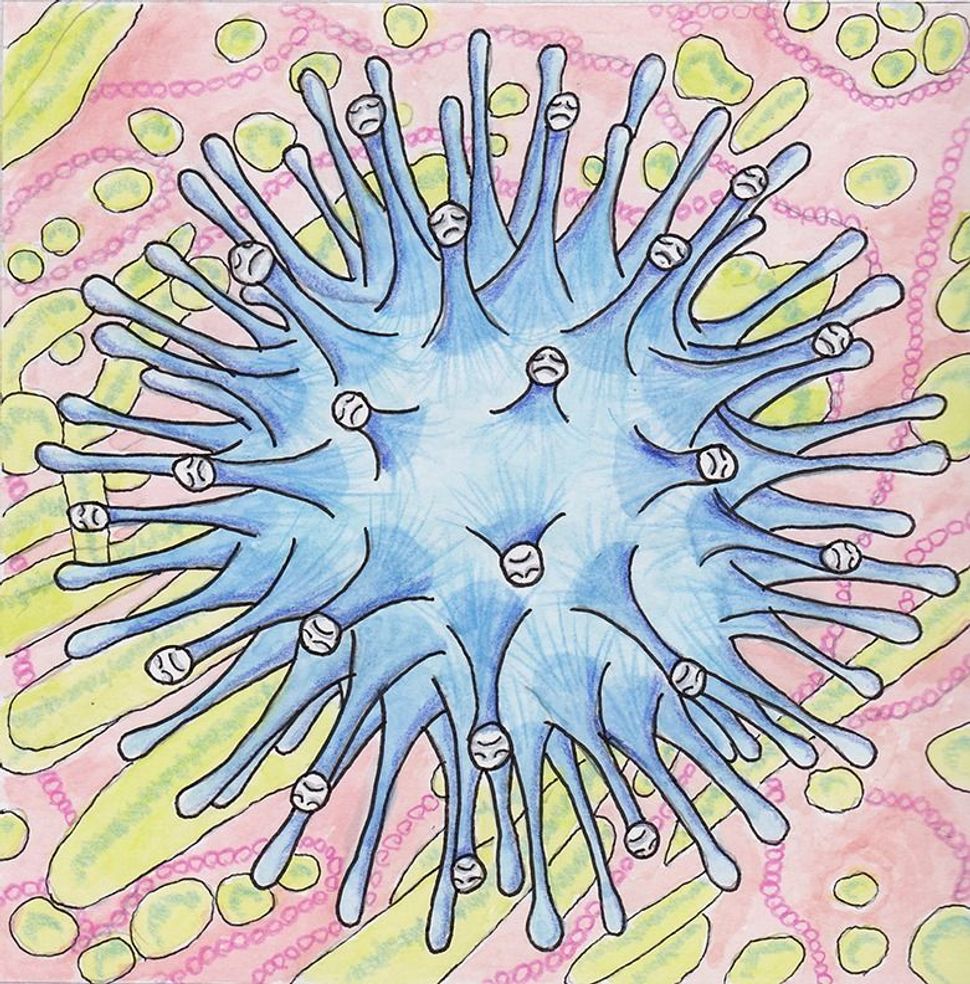 September 1918, normally a time for celebrating the upbeat Sukkot Jewish harvest holiday, instead saw the first influenza obituary published in the Forverts. It made front page news with this clickbait headline about George Abbot of Yonkers, NY: “Sought To Marry Before Dying, And Died Preceding Wedding.”

She arrived pronto, set to marry him. A priest stood primed to perform the ceremony but by then George was too ill to sit up in bed and died.

“The Spanish Influenza is a new type of grippe” the Forverts explained to readers, doing its best to expunge blame from Spain. “Spain” they reported, “rejects ownership of the affliction that first appeared here this past summer.”

The paper traced the flu from Madrid through Switzerland, France, England and Norway until arriving to New York along with returning soldiers in August. Spain claimed it first emerged in Russia years prior, in 1889. Others claimed Germany was the current source, due to unsanitary conditions in trenches in the recent war.

This flu, the paper explained, morphed into pneumonia if not caught in time, and so the sick were ordered home to bed, under a doctor’s care. The next month, October, the Forverts reported 836 new influenza cases—and 45 deaths.

Inescapable, with each borough represented, even wealth and a second (or third or fourth) home overseas wasn’t enough protection. New York’s own Viscount Astor dropped ‘suddenly’ of heart failure in England, the paper reported, one year after suffering from influenza here, and having never regained his former strength.

Closer to home, Comrade J. E. Klein’s funeral was announced. “Joseph E. Klein”, the Forverts said “died suddenly of influenza.” A Brooklyn compatriot, he’d be represented by the socialist branches of Kings County who were asked to show up and pay final respects to the deceased. Klein himself had been a candidate for the 13th District Assembly.

But it wasn’t all obituaries. The Forverts published lyricist A.L. Wolfson’s wiseacre 9 stanza rhyming poem, “Influenza,” detailing his ailment. It’s not hard to imagine Wolfson throwing down in a poetry slam.

“It seems I have the flu,” he said, analyzing symptoms and chills, “and rather than die of fright, I prefer to frolic.” On his cold dead body, he’d like a well knotted windsor tie, and as for his eulogy—”Say that I’ve loved too much,” he asked, describing late nights searching for it on the city’s streets. “Of my writing—say this wretched flu got me in my prime.” But he was just being dramatic; he lived decades more.

The art for this piece was graciously provided by Elizabeth Ennis. More of her art can be found at her website.

From the archives, Influenza 1918: Till death do us part