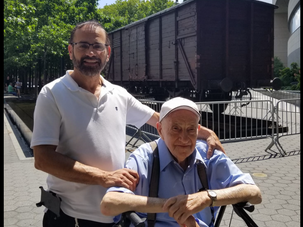 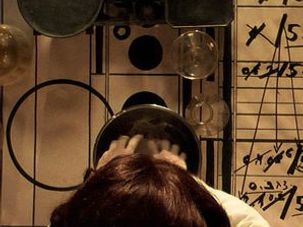 It doesn’t much matter whether “Mother Economy,” the 19-minute film that went on view at New York’s Jewish Museum on July 1, is experimental cinema or video art. This modest exhibition, continuously screening in the 300-square-foot Goodkind Media Center through October 23 and marking the American debut of Israeli artist Maya Zack, is a powerfully imaginative meditation on Holocaust remembrance and on the myth of the Jewish mother. The elaborate set and intricately choreographed narrative, in which a mysterious protagonist methodically documents personal artifacts of absent family members before baking a noodle kugel, is saturated with ambiguous details, inviting layers of interpretation. 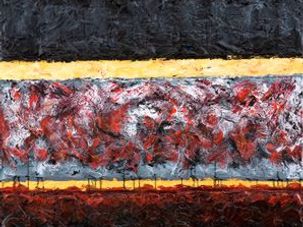 Among her earliest memories from a childhood in the upstate New York town of Ferndale, 70-year-old artist Rosalyn Engelman recalls watching graphic newsreels that tracked the fate of relatives who ultimately would perish in the Holocaust. For her parents, the vicissitudes of the 20th century were experienced more directly. Her father was stranded in New York during a visit from Warsaw, Poland, before the outbreak of World War I, while her mother, who suffered forced labor as a child when the Germans occupied her shtetl, Korelich, in Minsk, immigrated to the United States after the Russian Revolution. These legacies shaped Engelman’s identity and seep into her emotionally charged art, but the New York City-based abstract expressionist’s canvases, most notable for their densely layered paint, generally take on more universal themes: the passage of time, the sheer power of color, the melancholic beauty of captured moments and the artistic process itself. 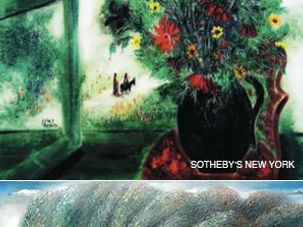 At Sotheby’s most recent auction of Israeli and international art, an annual event held in New York each December, Reuven Rubin accounted for six of the top 10 lots, led by “The Big Bouquet,” a large 1963-64 painting of flowers on a windowsill. The work fetched slightly more than its $200,000 to $300,000 estimate. 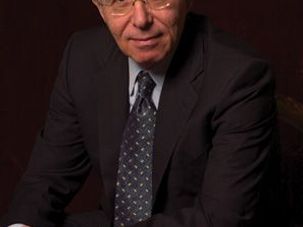 Walking amid the medieval suits of armor, vintage Cartier jewelry, and luxurious European and American furnishings at the 54th Winter Antiques Show in New York last month, visitors could easily spot Bauman Rare Books, the only exhibitor specializing in antiquarian and modern collectible books. In Bauman’s 18th appearance at this prestigious fair, an elegant customized library displayed a sampling of the gallery’s inventory, from a first edition of Charles Darwin’s 1859 “On the Origin of Species” ($92,000) to a circa 1855 copy of Walt Whitman’s “Leaves of Grass” ($175,000). 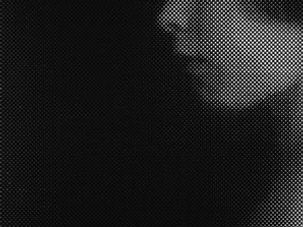 The hauntingly beautiful, large-scale black-and-white works that made up Norwegian artist Anne-Karin Furunes’s recent American solo debut are instantly arresting. Viewers are confronted by faces of anonymous women, closely cropped but reproduced to measure more than 5 feet by 7 feet, each with a penetrating gaze of melancholy and defiance, bewilderment and resignation. Approaching more closely, the images dissolve into thousands of tiny holes. But according to dealer Barry Friedman, who inaugurated the fall season of his new gallery in Manhattan’s Chelsea with Furunes’s “Portraits of Unknowns,” even after the artist’s method is explained, some observers still have difficulty grasping that these “paintings” are constructed by making myriad punctures of different sizes in black acrylic canvases and placing them against the white backdrop of the gallery walls. 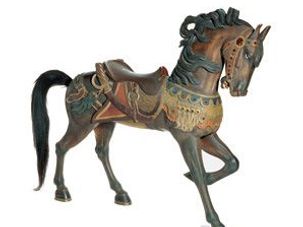 Within the folk art field and even among Judaica scholars, Jewish folk art has been given short shrift — relegated, sadly, to religious artifact. Unlike Shaker or Mennonite contributions to the field, “the word ‘Jewish’ never entered the vocabulary,” said Murray Zimiles, an artist and a State University of New York professor. 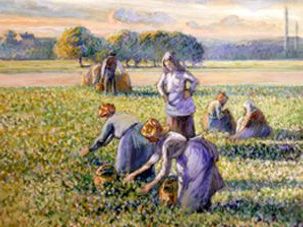 This fall, the Jewish Museum of New York is mounting its first show dedicated to Camille Pissarro, who founded the Impressionist movement and is its only Jewish artist. The museum’s previous showcases of his work, in 1995 and 1997, were significant events — the former an international retrospective said to be the first major exhibition in New York in more than 30 years, and the latter featuring a cache of newly discovered early drawings — but they traveled from other institutions. So how does one take a fresh look at this leading 19th-century figure? The answer, it seems, is by staying close to home. Camille Pissarro: Impressions of City and Country presents paintings and works, on paper, culled primarily from private New York collections. The show, on display from September 16 through February 3, 2008, features many works that have rarely been seen before.

Doodlers, beware. Your scribbles could outlive — and outshine — you. Artist Zeva Oelbaum has found inspiration in the endpapers of 18th- and 19th-century Hebrew books, transforming doodles made by Central and Eastern European students in the bindings of their seforim into richly toned gelatin silver prints. The fragmented images are largely indecipherable, but they evoke the spirit of a faraway, lost world.

Peering Inside A Jewel Box Of Judaica

Walking down the leafy side streets of Philadelphia’s Center City, one could easily pass the Rosenbach Museum & Library amid a row of elegant townhouses. But it is a cultural jewel box, with more than 30,000 books and 300,000 pages of manuscripts amassed by legendary dealer Abraham Simon Wolf Rosenbach, as well as 18th- and 19th-century antiques and fine art acquired by his brother and business partner, Philip. From the 1920s to the ’40s, A.S.W. Rosenbach, as he was commonly called, shaped some of the leading American libraries and also compiled the first American Jewish bibliography, which included many examples from his personal collection. But he donated the bulk of this to the American Jewish Historical Society in 1932, and today the institution that bears his name isn’t particularly known for its Judaic books.