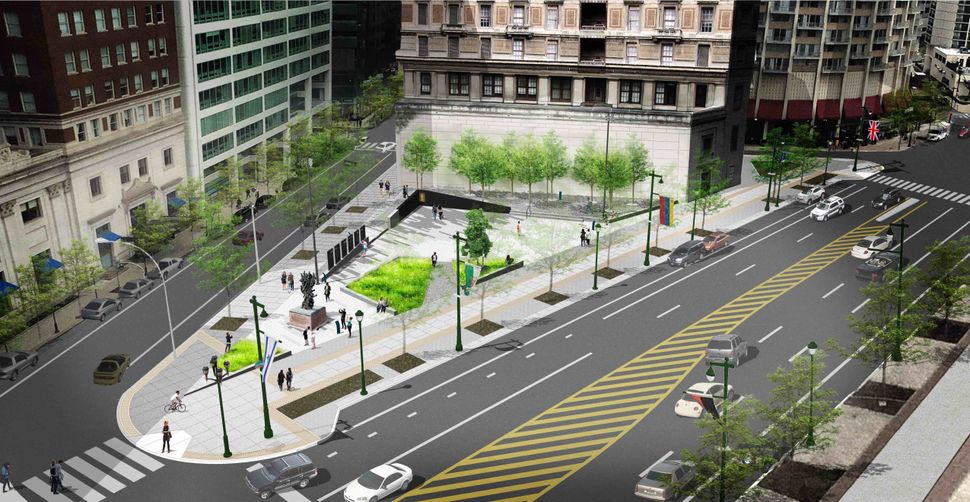 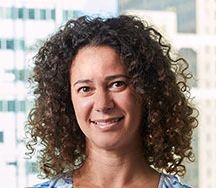 Two-and-half-weeks ago, the Philadelphia community came together to formally open the Horwitz-Wasserman Holocaust Plaza at the first public Holocaust memorial in downtown Philadelphia. Just five days later, a gunman killed 11 people in a Pittsburgh synagogue, and it became tragically clear that our concern about history repeating itself was warranted.

November 9th marks the 80th anniversary of Kristallnacht, the night of looting and murder that ended any doubt about how the Nazi Party’s anti-Semitism would end. Eight decades is the average human lifespan, enough time for society’s memory of those horrors to fade. Of course, after the murder of 11 Jews in a Pittsburgh synagogue, we don’t find it necessary to tell people to “never forget.” This modern Kristallnacht has taken away any chance of forgetfulness while increasing the importance of standing up to hatred.

As horrifying as the Pittsburgh attacks were, our honest reaction should not be one of shock, considering anti-Semitism’s long history and its recent re-emergence. The centuries-long story of Jews in America, while not marred by expulsion or mass murder, includes many blemishes. In the 17th century, Peter Stuyvesant did, in fact, attempt to expel Jews from what is today New York. While those attempts failed, other religious bigotry persisted over the centuries.

Sadly, in America, anti-Semitism remains on display today. The New York Times recently published a piece entitled, “Is It Safe To Be Jewish In New York?,” which highlighted the number of anti-Semitic incidents in the country’s most Jewish city.

In just the last few weeks, New York has seen several separate physical attacks against individuals in distinctly Jewish garb, heinous graffiti in a Brooklyn temple and multiple cases of arson. Just three days after the Pittsburgh shooting, a swastika was painted on a U.S. Navy property in Bucks County, Pennsylvania. A few days later, two swastikas were spray-painted on a car in nearby Montgomery County.

Anti-Semitism is experiencing a global resurgence. The last decade or so has seen a major uptick in European anti-Semitism, including, strikingly, the murder of a Holocaust survivor in France earlier this year. In Great Britain, the 727 anti-Semitic incidents reported in the first half of 2018 represented the second-highest total on record. Unsurprisingly, growing anti-Jewish sentiment has led to increased Jewish emigration from several European countries.

As a study commissioned by the Conference on Jewish Material Claims Against Germany showed, memory of the Holocaust is fading, with 22 percent of millennials saying they had never heard of the Holocaust or were unsure if they had heard of it, while two-thirds of millennials couldn’t identify Auschwitz. With an increasing portion of the population unfamiliar with the Holocaust, it’s important to educate all Americans about the dangers of hatred and the vital importance of standing up to evil.

Events like the Pittsburgh shooting don’t happen in a vacuum. While the majority of Americans were deeply saddened to see the murder of 11 Jews in Pittsburgh, it is alarming to see a large group of people that is comfortable living in an environment where expressions of anti-Semitism exist. Kristallnacht shows how foolish it can be to consider any expressions of hatred and intolerance as innocuous.

The Philadelphia Holocaust memorial plaza has a centerpiece called the Six Pillars, which contrast incidents and motifs of the Holocaust with American constitutional protections and values. Among these pairings, the pillars contrast the freedom of religion guaranteed by the first amendment with the religious persecution of Kristallnacht. As detailed on the pillars, Nazi officials and others set fire to over 1,000 synagogues, ransacked 7,000 Jewish businesses and deported 30,000 Jewish men to concentration camps. Kristallnacht stands apart as the beginning of the end — the end of religious liberty in Germany, which led to the destruction of one-third of world Jewry.

The Holocaust, like the Pittsburgh shooting, was made possible by the continuing demonization of the Jew in society and the lack of individuals who felt the need to stand up. To prevent further attacks, we must educate people about the actual danger that can be brought about by these “subtle” expressions of prejudice.

For a gunman to shoot up a religious sanctuary is a rejection of basic morality. But to murder members of another religion in the name of “American nationalism” is a rejection of what America truly stands for. As a community, we must mobilize to prevent the tragedy from being repeated. We must remember how Kristallnacht paved the way for another 6 million murders, and commit ourselves to stand up to evil and fight anti-Semitism and other bigotry in all their forms.

America’s Founding Fathers cherished freedom of religion and built this nation with constitutional protections that give rights to religious minorities. In a letter to a Jewish congregation, quoted in part on the Six Pillars, George Washington rejected the notion that the Christian majority was being beneficent in giving Jews their natural rights. In the words of Washington, “the Government of the United States, which gives to bigotry no sanction… requires only that [residents] should demean themselves as good citizens…”