Forward 50 | Tal Frieden: The disobedient one 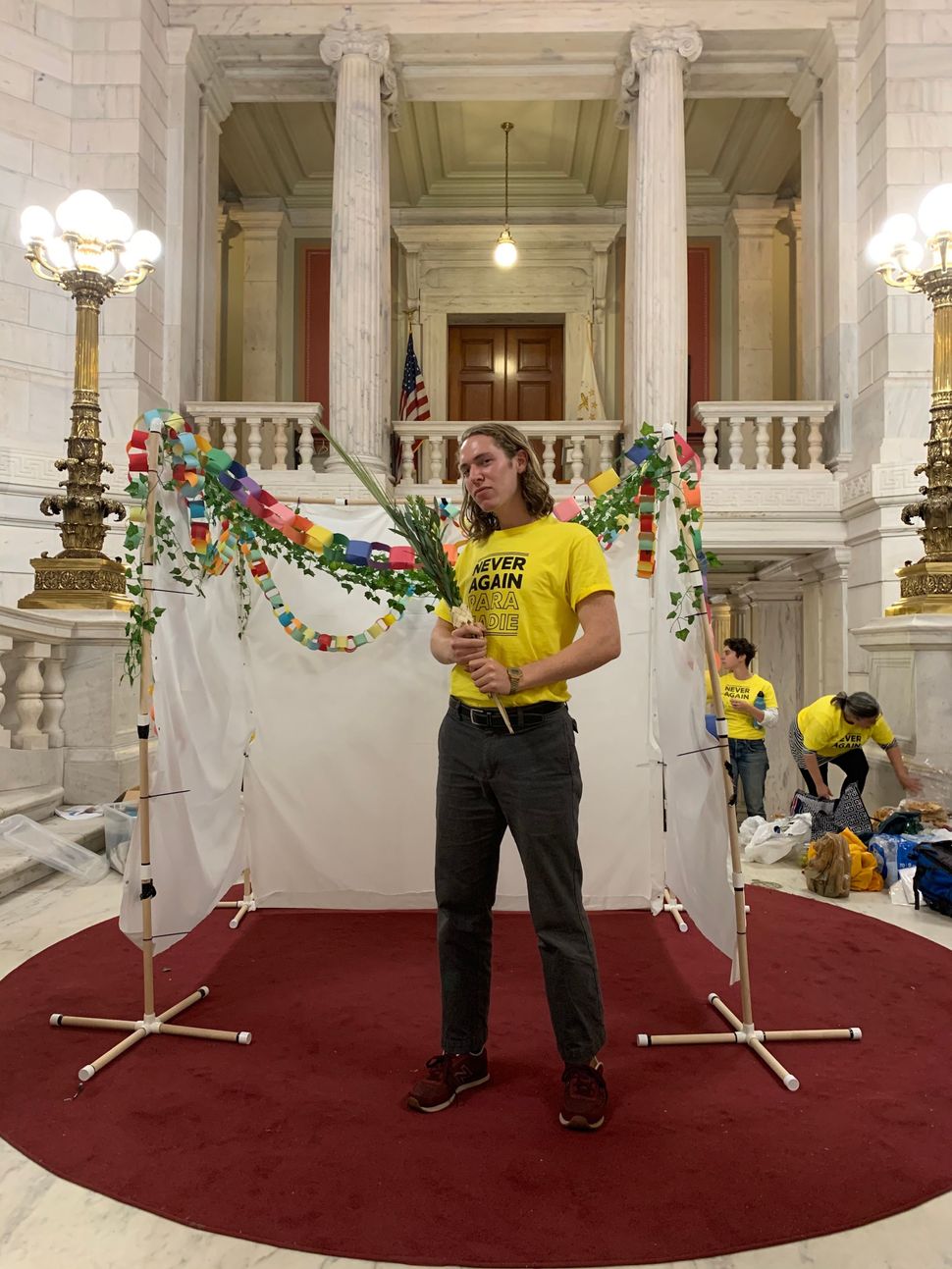 Tal Shahar Frieden, 22, lives in Providence, R.I., and was one of the first organizers of of Never Again Action, a new group pursuing civil disobedience around immigration issues through a Jewish lens. Working with a local group called AMOR, Frieden and others protested the Wyatt Detention Facility in Providence to demand it cut off its contract with Immigration and Customs Enforcement, an action that garnered national attention in August, when a former ICE official drove a truck into the group, causing several injuries. “My grandparents were both Holocaust survivors,” Frieden said. “It was infuriating for me to see a violent history that my family knew so well used to legitimize the dehumanization and detention of undocumented people in this country.” 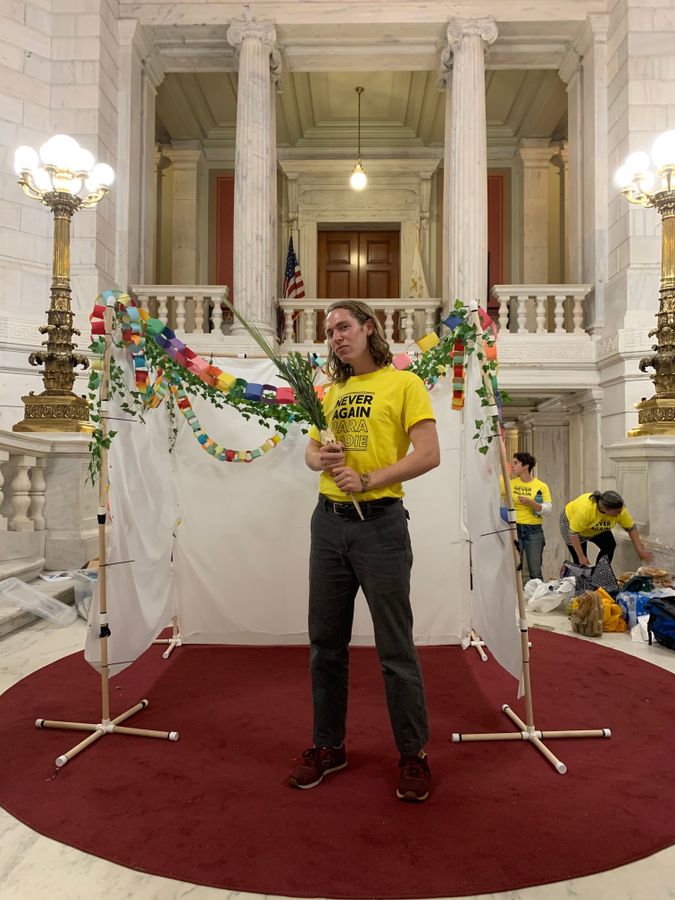 What’s the last thing you listened to on your phone? The “Where Should We Begin” podcast with Esther Perel, and before that the “Dolly Parton’s America” podcast.

Earliest Jewish memory? Growing up, we had Shabbat dinner every week; I have really great memories of being lifted up and dancing to “Shabbat Shalom, hey!”

Hero: These days, I’m inspired by the partisan fighters of World War II. My family survived the Holocaust — my grandmother in a concentration camp, my grandfather sheltered by a Hungarian family and by fake papers. Their experience as children was horrific. No one should ever be subjected to detention, dehumanization, and separation from family. Partisan fighters who were my age and younger, hiding in the forest and fighting Nazis, show me the tenacity of Jewish people. These stories remind me that no matter how dark things get, we have always fought for a better world.

2019 memory: This fall, the Board of the Wyatt Detention facility scheduled a vote on a proposal that would double down on the privately-owned prison’s contract with ICE. This is the same prison where guards attacked Never Again protesters by ramming a truck into a crowd and then pepper-spraying us indiscriminately. We hadn’t been back to the prison since that horrible night. But we and our partners at AMOR knew we had to shut down this meeting, because it would have cemented the detention of immigrants in that facility.

When the prison found out that we were going to show up, they rescheduled their meeting for Friday at 6 p.m. Subtle, right? So, we were more determined than ever to show up — we packed the room with more than 400 people, and dozens more waiting outside. Shabbat is about living as if the world is as it should be, and that Shabbat we lived as if the Wyatt was shut down. We sang together inside the prison for almost an hour, drowning out the board members’ voices. Eventually, they had to cancel the meeting, and didn’t vote on the proposal. It was my favorite Shabbat service I’ve ever attended, and my favorite protest too.

What is your favorite thing about being Jewish? Judaism gives us so many rituals, practices, texts, and frameworks to pull from. And we’re taught to debate all of them. From prison abolition to immigrant justice to planting trees, Judaism has a text and a ritual for everything.

Weekend ritual: At Brown University, I was part of Friday Night Jews, an independent community on campus. Our biweekly Shabbat dinners usually started with singing and included thoughtful and lively conversations about Jewish issues from NJB (Nice Jewish Boys) to BDS (the Boycott, Divest, Sanctions movement). Ending the week with friends who come together to share songs and think through ideas has shaped how I envision community, Jewish and non-Jewish. I treasure these friends, and the lively student-led community we built as part of the Judaism on Our Own Terms network.

The Forward’s reporting on the ICE worker who drove the truck into protesters at Wyatt Detention Facility.

A Forward op-ed about being arrested for participating in a Never Again Action protest.

Forward 50 | Tal Frieden: The disobedient one