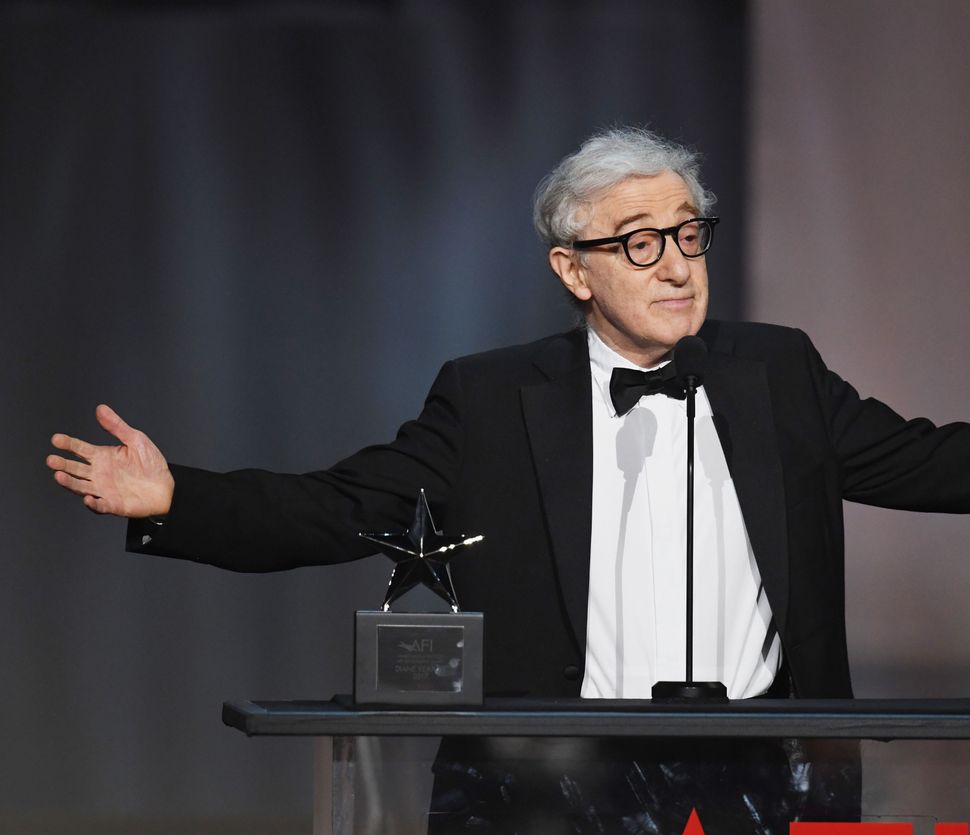 Woody Allen’s 2019 film, “A Rainy Day in New York,” available for streaming this week in the UK, is doing good numbers at the box office – relatively speaking.

The film topped the global box office in mid-May, earning over half a million in South Korea since opening in the country, which recently eased restrictions for cinemas, on May 6. To put things in perspective, its nearest competitor in its top-spot week was the horror flick “The Wretched,” which made $69,000 in the United States that weekend. Even as more theaters open in America, we’re unlikely to see “Rainy Day” in New York anytime soon.

Before this spotty moment for movie-going, Allen’s movie was ahead of its time in terms of stalled release dates. Amazon Studios shelved the romantic comedy following the director’s controversial comments surrounding the #MeToo movement and renewed attention to allegations of molestation from his daughter Dylan Farrow, allegations Allen vehemently denies. Allen filed a $68 million breach of contract lawsuit against Amazon — since settled — but the picture, which wrapped in 2018, still doesn’t have an American distributor.

The flick received a release in other countries, and grossed over $1 million in France and Italy. Allen is still a star in Europe, where he directed an opera for La Scala’s 2019 season and filmed his latest feature, but he has yet to break even on the $25 million budget for “Rainy Day.”

The film appears to be something of a retread of his earlier and lately controversial films, following a journalist for a college newspaper (Elle Fanning) who interviews a middle-aged director (Liev Schreiber) who then becomes infatuated with her.

We’ll have to wait and see if the Brits cotton to the material or — like the film’s English star, Rebecca Hall — decide they’re done with the embattled filmmaker.