Mr. Kushner, your privilege is showing 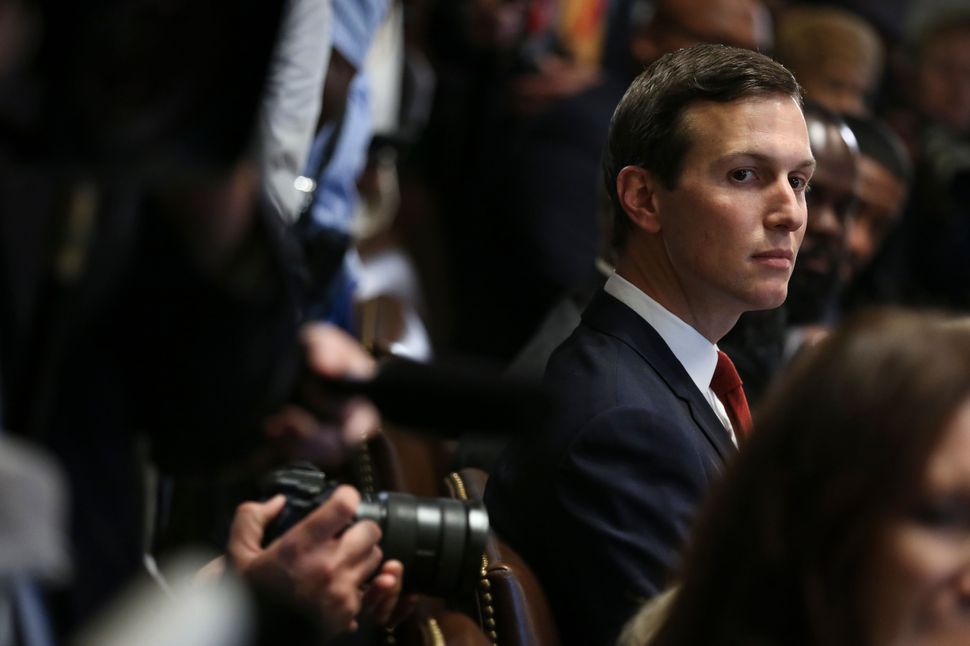 Jared Kushner dunking on NBA players for being wealthy and entitled is about as rich as he is.

In a morning interview with CNBC’s “Squawk Box,” Kushner was asked for the White House’s take on plans by NBA players to boycott playoff games in protest over the police shooting of Jacob Blake in Kenosha, Wis.

“I think the NBA players are very fortunate that they have the financial position where they’re able to take a night off work without having to have the consequences to themselves financially,” Kushner said, adding, “They have that luxury, which is great.”

“The NBA players are very fortunate that they have the financial position where they’re able to take a night off from work without having to have the consequences to themselves financially,” says White House senior advisor Jared Kushner on the NBA player boycotts last night. pic.twitter.com/nHlRBNIzaf

Many were quick to note that, as the scion of a billionaire real estate developer who appears to have bought the younger Kushner’s admission into Harvard, he’s not exactly one to be calling anyone else spoiled for taking a stand for social justice.

Compare Kushner’s college acceptance with that of pro basketball players, many of whom were granted scholarships to schools they might not otherwise be able to afford based on the merits of their hard work and talent, and it becomes an even more ludicrous swipe. Saying that walking out was a “luxury” and not a moral obligation from players on behalf of their communities — particularly in regard to the Milwaukee Bucks — is flat-out insulting coming from a guy who went on a lavish vacation to the Dominican Republic bankrolled in part by taxpayers and not his own obscene personal wealth.

But when Kushner proposed that, instead of relying on “slogans” and “signals,” these players should come to the table to talk practical solutions, he reached a nadir of self-awareness. Referring to his father-in-law’s work for “inner cities,” including opportunity zones and school choice, Kushner blamed Democratic mayors for failing their constituents.

Kushner, whose dad was convicted for illegal campaign contributions to Democrats, is now a self-proclaimed “Trump Republican,” and hasn’t always advanced the interests of disadvantaged communities. While he blamed those in Washington for most of these cities’ problems, the housing projects he owns in Baltimore can boast hundreds of building code violations.

Probably the worst offense in Kushner’s appearance was what was left unsaid. While he claimed that Trump’s administration cares about many issues facing poor minority neighborhoods and people of color, he conveniently left out the true impetus for the boycott: police brutality and bias that disproportionately affects Black and brown people. But if you’ve been watching the RNC, you’d hardly know that’s what this is all about.

Next time Kushner decides to go hard in the paint against pro basketball players, he may want to check his own privilege first and consider how it might be part of the problem.

Mr. Kushner, your privilege is showing