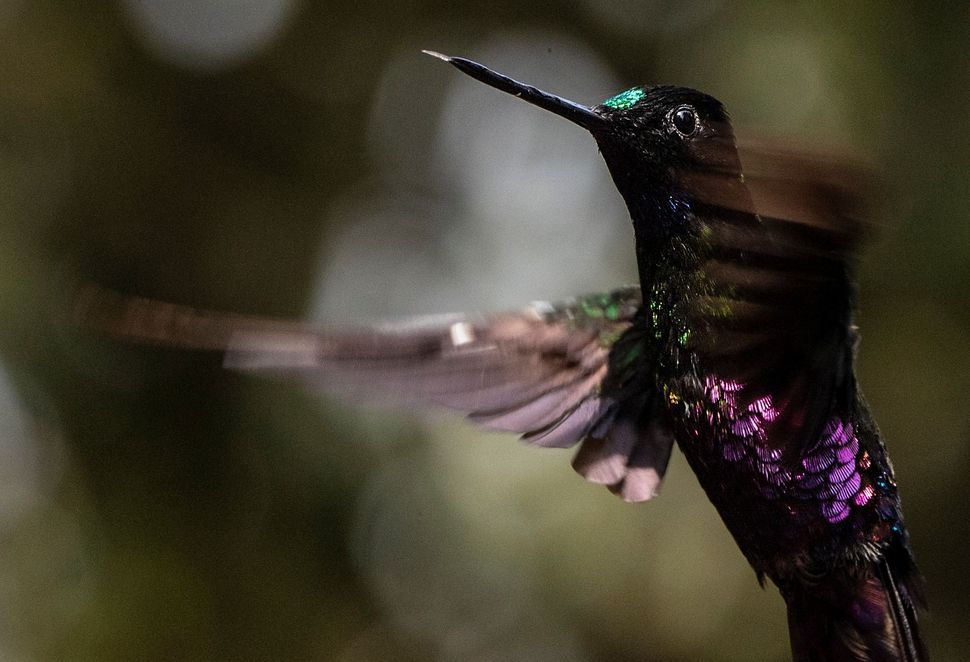 In my mind, last winter never happened. I have no memory of snow, of the hard and frozen ground, of salt sprinkled on the front steps, or of long stalagmites of ice hanging from the gutters. However hard I try, I remember nothing. I am like a woman whose limb suddenly becomes paralyzed, who tries over and over to lift it, and is disappointed, again and again, when it does not move. The only thing I remember is a candle.

My son, Mendel Goldbloom, a 24-year-old Marine, was killed in 2019, on Simchas Torah. For the entire year after his death, I was struck by the way his yahrtzeit candle flickered and changed color after midnight. I took videos as the color changed from a calm pale yellow to an alarming dancing red. I talked about it with my children and my shrink. It felt as if Mendel was trying to contact me, because it happened in my workspace, after everyone else was asleep, when only I was up and writing. I spoke to the candle as if Mendel was standing in front of me. And though I wondered if maybe I was crazy, I also wondered if this was real. A sign of life after death. 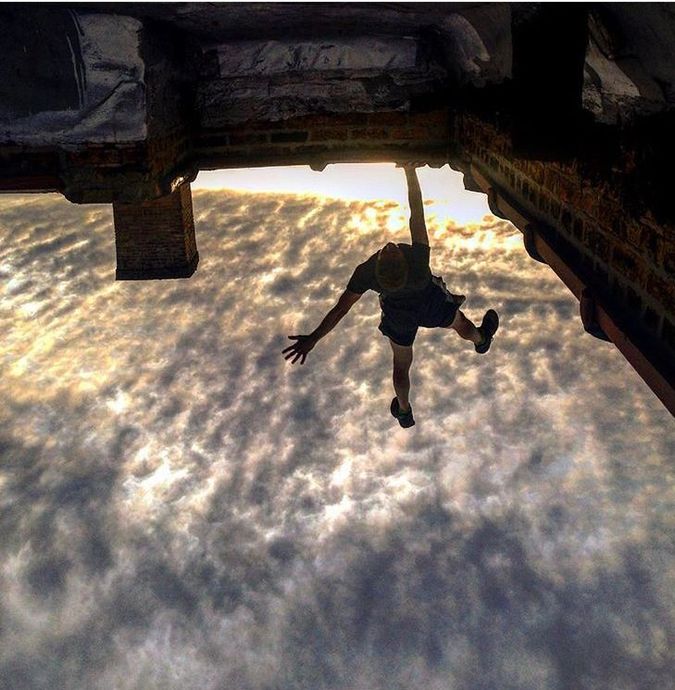 This is what we do, the bereaved. We look for signs. We see people who resemble our loved one on the street. We notice a butterfly or a bird or a tree or a cat or a squirrel that is acting strangely and we wonder if maybe, this living thing is a representative of that which is no longer alive. Flickering lights and electronics could be a sign. When the radio in the brand new car consistently switches from NPR to a loud country station, and that is what our son, Mendel or someone just like Mendel, liked to listen to, we begin to think, it’s him! He’s still here with us, albeit without a body. These signs shave down the raw aching edge of our loss, filing it into something more manageable. If Mendel has a life after his death, he still exists somewhere. He continues. Though I do not know what is happening to him now, if there is a life after death, then all of his potential, all of his joy, is not lost. Because what is truly unbearable is if he doesn’t exist in any way anymore.

Imagining our own deaths and what exists, if anything, beyond that death, is acknowledged to be challenging, if not impossible. There is a niche genre of nonfiction books that cater to the curious and desperate, books about reincarnation and near death experiences. They attempt to create a science of the afterlife, using case examples, hypnosis, carefully constructed experiments. When I asked my friends for suggestions of books about life after death, they assumed I wanted books that would reassure me that the afterlife existed. But these nonfiction books all take as a premise that an afterlife does exist, so they resemble the signs that I noticed in the year after my son’s death. Tenuous, a little bit hokey, circumstantial. They remind me of the Victorian bells that were planted above the graves of the newly buried, with a chain running down into the coffin, into the hand of the dead. The theory was that if the person wasn’t really dead, or if they somehow revived, they could pull on the chain and ring the bells, and their family would rush out and open the grave and rescue them. But bells also ring in the wind.

The thing that most fascinates me about life after death is not the certainty found in many of the books I read this month, but the uncertainty, the unknowing, the deep chasm between what we know about this world and what we don’t know about the next. Which is to say, everything. Turning slowly in the desert, at the site of my son’s murder, I saw, not far away, a massive radio tower. I had a powerful vision of my son’s soul leaping out of his body at the moment he was killed and flying to the top of the tower, from where he watched the paramedics, the helicopters, the ambulances, his Sergeant running down the road and shouting, “Those are my men! Let me through.”

I felt sure Mendel had waited there until 12 hours had passed, the night had slowly burned off and in the cool light of morning, a group of men cut his body out of the wreckage. Most nights, before he left for the Marines, my son had free climbed skyscrapers in downtown Chicago. He was an expert climber and not afraid to jump from the top of one tall building to another. His favorite place to perch, in this life, was on the top of radio towers. 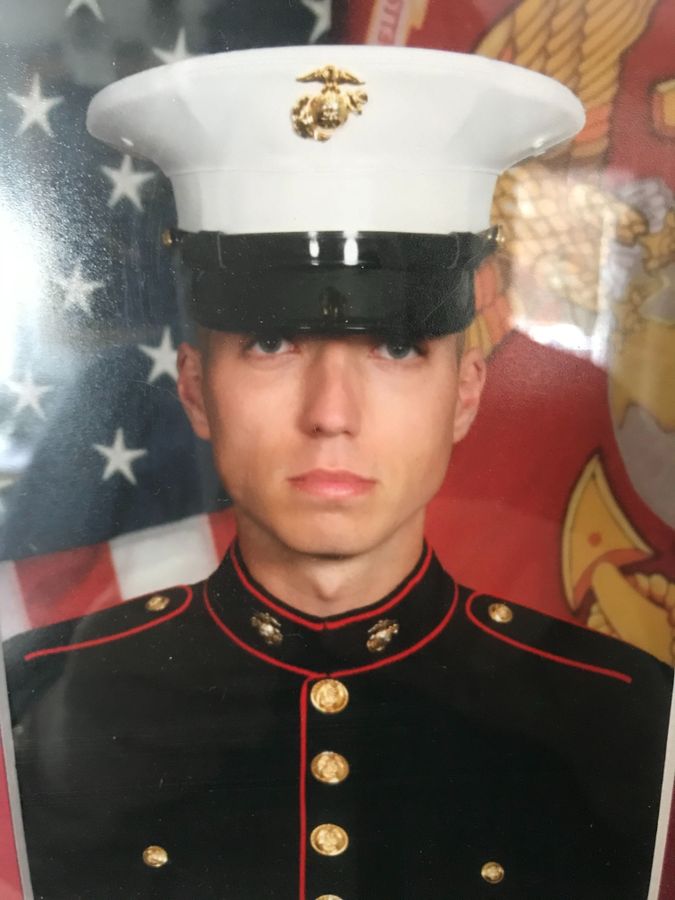 Though I believe, deeply, that something happens after death, I resist the easy answers of books about reincarnation like “Many Lives, Many Masters,” or “Old Soul.” The hypnotized woman who can only say, about a previous life, “There was a white house, there was a child…” My oldest son, Zalman, upon returning to a location he had only been to when he was six months old, said, “Around that corner, there is a set of six stairs going down to a green door with a doorbell on the right, and in the bottom of the stairwell, there is a metal drain full of leaves.” The paucity, the almost complete lack of detail in the past-lives hypnosis books leaves me cold. When we see novel things and create memories from them, those memories are rich and alive with detail.

When I asked a three-year-old Mendel what he remembered from before he was born, he said, “It was warm. It was dark. I was alone. And then there was this incredibly bright light, and someone shouting, ‘Push! Push! Push!’” At the time, I laughed. Now I wonder if death isn’t like birth, a movement from the familiar to the foreign, a great unfurling of possibility. And I want that, God how I want that for my son.

From the perspective of an unborn child, the world is small, cramped, dark, dominated by pulsations, warm and liquid. Nothing in the fetus’ world could possibly school him in what the next world, after birth, would be like. Similarly, the view from outside the womb could not possibly educate us about what is actually happening inside. Who could imagine the transformation of the fetus throughout the nine gestational months if we hadn’t read about it in a textbook? We only know this world, the seen things of this world, a very limited view similar to that of a fetus. For me, imagining my son’s soul perched on the top of a radio tower somewhere in the desert, I am only guessing based on what I know and see in this world. My imagination is limited by the fact that I am still alive.

So, what then if the next world is in an entirely different place? Not this world, but something else? Or what if the soul is kept somewhere, briefly, before passing through to the next place? What about ghosts, dybbuks, pearly gates, purgatory? Fiction does this well, this asking and answering of questions, this imagining of the unknown. Though last month, when I was learning about espionage, I only read one novel, this month, most of my list and almost all of the books I am recommending are fiction.

Jim Crace is an avowed atheist. Though he doesn’t believe in God, reincarnation or the afterlife, he wrote “Being Dead” feeling, all the while, that his recently dead father sat at his elbow, urging him on. “Being Dead” is the first book I put in the hands of my college students, saying “This book will change you.” Kevin Brockmeier’s “A Brief History of the Dead,” set in some kind of pleasant purgatory; the ghosts and hauntings of Chris Adrian’s “A Better Angel” ; the pain of a life transported into hell in Stanley Elkin’s “The Living End” – these are the books that make me feel the full reach of possibility. They are the books that make me excited about what might come next. Instead of telling me what I should think about something no one actually knows anything about, they tell me it’s OK to imagine the unimaginable.

It may surprise secular Jews to find out that belief in reincarnation is a Jewish thing. But I come to my simple belief in some form of life after death, not because of religious texts but because of two things that happened to me when I was younger. The first was when my mother died. She had told my brother and me that if there was a life after death, she would come back and prove it to us, and I laughed. “Mummy,” I said, “Surely, if it were possible, someone would have done it before now!” And she replied, “But I’m very smart.”

On the last day of shiva, when I got up, I went for a walk along a river with my then-husband, and it began to rain, and I said to him, “Oh! These are my mother’s favorite things! Rain next to a river!” And then hummingbirds flew out of a honeysuckle bush, and those were her favorite birds and her favorite bush. I felt so close to her then. I cried. But when I got home, my brother in Australia was calling me on the phone. “Something just happened,” he said. “I was walking next to the river and it began to rain, and these hummingbirds flew out of a honeysuckle bush…” There was a pause. “Listen to what just happened to me,” I said. “She did it,” he said. And we both cried. Butterflies, birds, trees, cats. Simple things that are stand-ins for what we don’t understand and can’t imagine.

Ten years after my mother died, my daughter Chana was born, on her yahrtzeit. And when Chana was three, I asked her, the same way I had asked Mendel, what she remembered from before she was born. And she answered, “I was your mother and you were my little girl, and I used to take you down to see the boats.” Until that moment, I had completely forgotten that my mother used to take me down to see the boats in Fremantle Harbor.

People say that we do not cry for the dead, but selfishly, for our own losses. And I would add that even more than that, we cry especially hard when we think of those times when we didn’t love enough. Love, like the afterlife, sometimes suffers from a lack of imagination.

My favorite books of the 30 I read this month:

If you have suggestions for topics for upcoming months, write to goldagoldbloom@sbcglobal.net