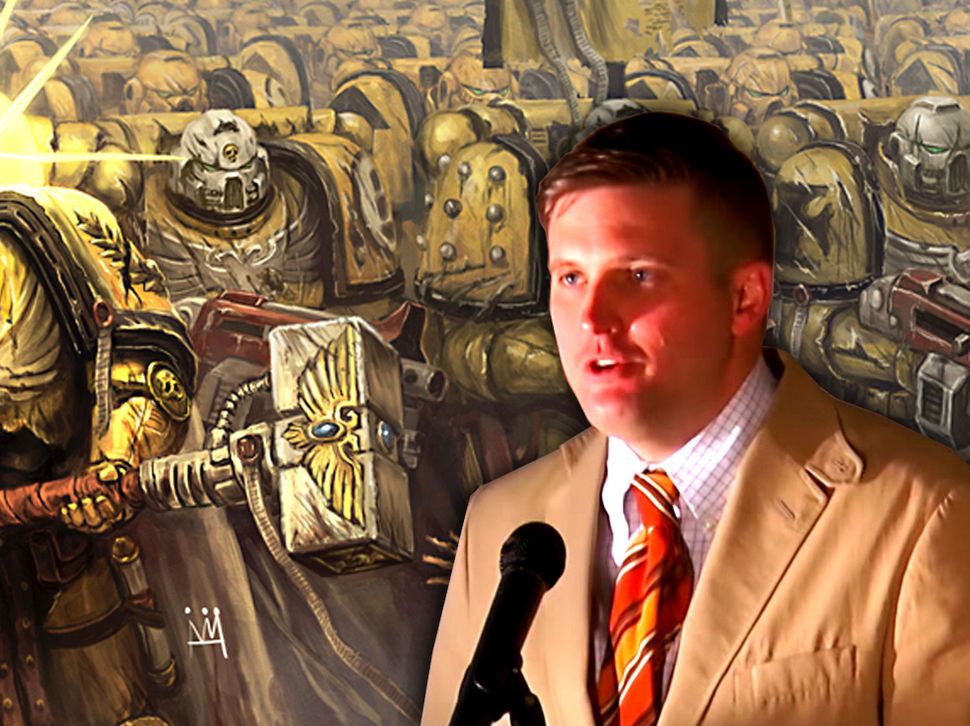 Richard Spencer and Max Blumenthal are feuding on Twitter, after the anti-Zionist writer criticized a radio host for inviting the white supremacist luminary onto his program.

The exchange started with Blumenthal slamming television and radio personality David Pakman for giving a platform to Spencer. 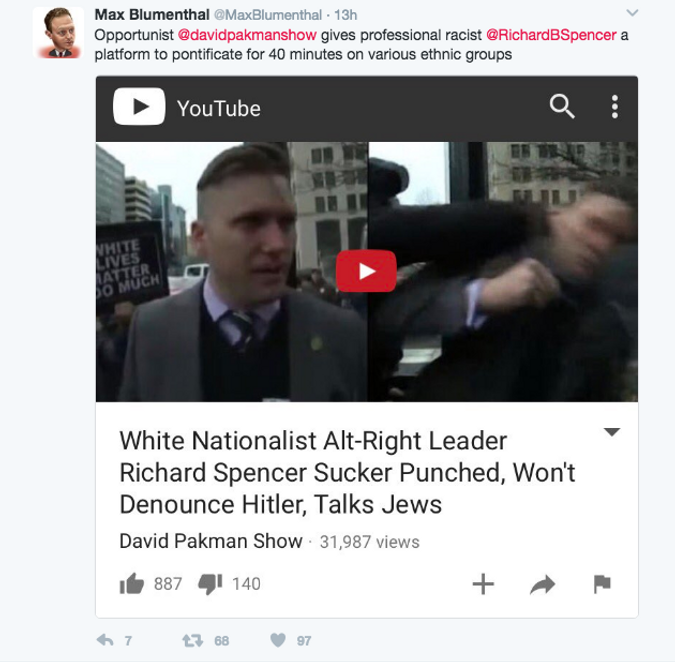 He went on to complain that while Pakman would not host him — supposedly due to Blumenthal’s writings about Israel — he did interview Spencer. Blumenthal criticized the founder of the “alt-right” — the contemporary label preferred by white supremacists, which Spencer coined — for telling Pakman that he would not date Asian women and that he wanted a white “ethnostate.”

Spencer didn’t understand how those comments would upset Blumenthal given the other racist things he said, and he made that known in a followup tweet. 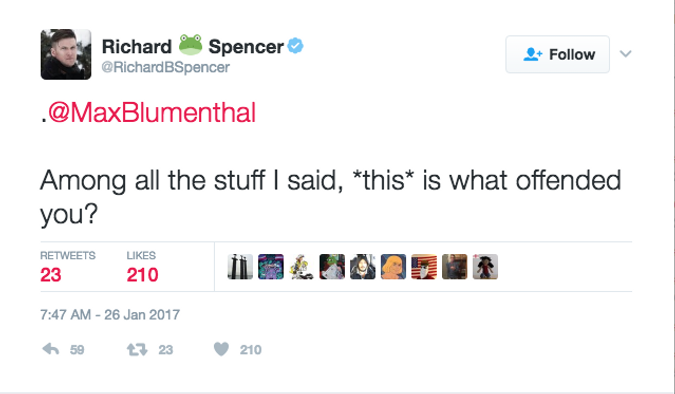 Blumenthal, the son of Hillary Clinton adviser Sidney Blumenthal, is almost as controversial among some Jews as Spencer, having accused Israel of committing war crimes in the Gaza Strip and comparing the Jewish state to the Islamic State.