Jews and Arabs Demonstrate Together Against Israeli Home Demolitions — and Trump 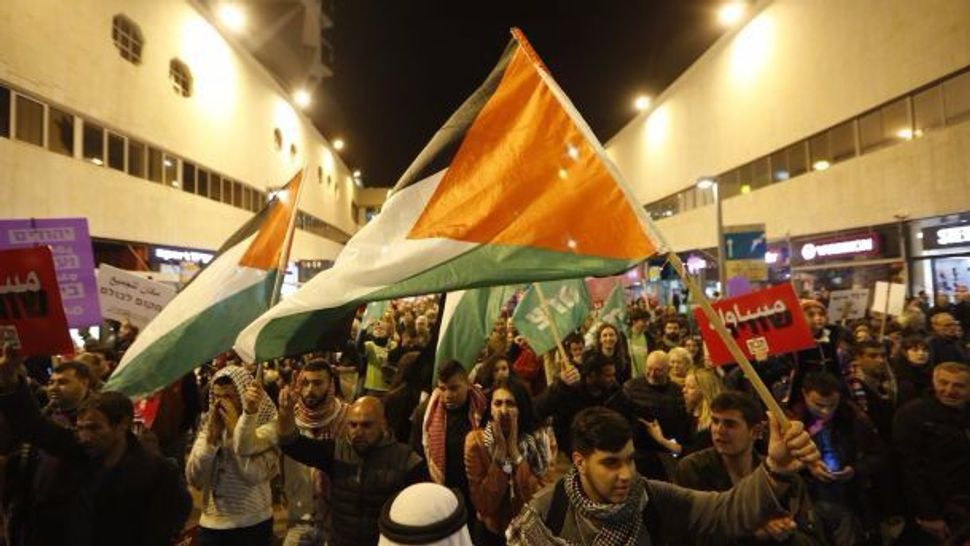 Thousands of Arabs and Jews waving Israeli and Palestinian flags protested in Tel Aviv on Saturday against home demolitions in Arab villages.

Organizers estimated that some 5,000 protesters marched in central Tel Aviv in a demonstration that also referenced President Donald Trump’s ban on immigrants from seven Muslim nations.

“No Ban! No Wall! No Demolitions!” read one English sign.

“All of you, who are standing here today, you are proof that Jews and Arabs can and want to live together and with equality,” said Amal Abu Sa’ad, the widow of Yakub Abu al-Kiyan, according to news reports.

Abu al-Kiyan was killed last month in Umm al Hiran by Israeli police when his car plowed into a group of Israeli officers during demonstrations against demolitions in the town, killing one officer. Israeli authorities are investigating whether Abu al-Kiyan was shot beforehand or whether he intentionally plowed into the group of officers.

Analysts say that Prime Minister Benjamin Netanyahu ramped up such demolitions in order to deflect criticism from the far right over the demolition of the Jewish West Bank outpost of Amona, which was built on private Palestinian land.

Jews and Arabs Demonstrate Together Against Israeli Home Demolitions — and Trump