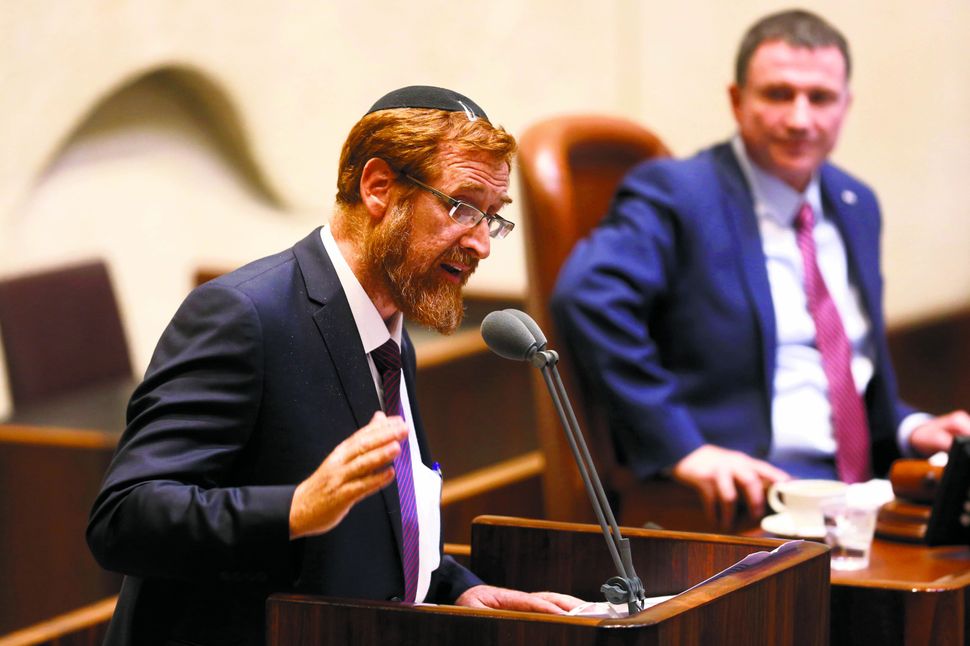 His Debut: Yehuda Glick gives his maiden speech before the Knesset on May 25, after his surprise ascent to the lawmaking body. Image by Getty Images

A parliament member of Israel’s ruling Likud party who survived a 2014 assassination attempt by a Palestinian is calling on Israeli Prime Minister Benjamin Netanyahu to apologize for the death of three Palestinian sisters in one of the most high profile incidents of Israel’s 2009 war with Gaza.

The father of the sisters, Izzeldin Abuelaish, a Gaza infertility doctor who now lives in Canada, sued Israel in 2010. He asked Israel to apologize, accept responsibility for the killings and for compensation.

Likud Knesset member Yehuda Glick wrote in a Facebook post on Saturday evening that Abuelaish is an “amazing man” who is owed an apology by Netanyahu on behalf of the country. Glick said he was impressed by Abuelaish’s foundation, Daughters for Life, which provides scholarships to young women, including Israelis, to study abroad.

Israel said it bore no responsibility for the deaths of Abuelaish’s daughters because they happened during wartime. At a hearing in March, Israel acknowledged that it fired on the building, but also claimed that the deaths occurred because of a Palestinian weapons cache in the building. Abuelaish has rejected this claim.