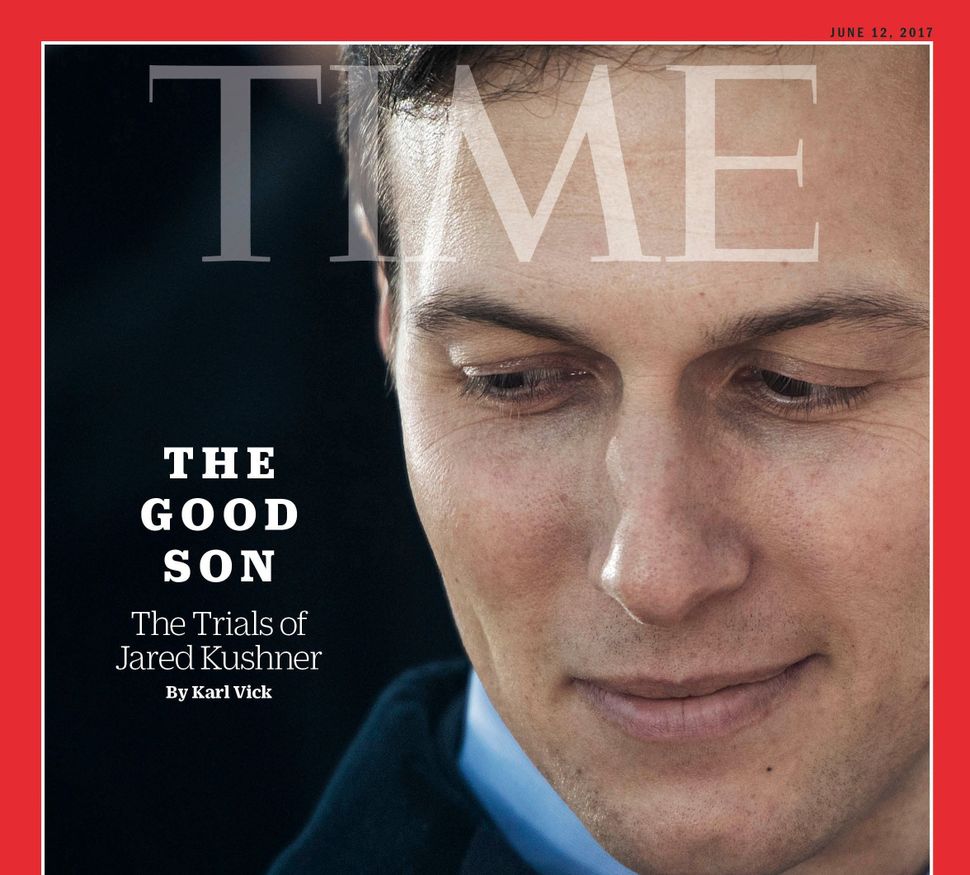 It could be a sign his status is being recognized on the national stage, or an indication that he is in deep trouble. Either way, Jared Kushner, the most famous son-in-law in America, made it to the cover of this week’s Time magazine.

“The Good Son,” as he is described in the title, is portrayed as “the cipher of the White House—never heard in public, a blank page on which an anxious public could write its hopes.” According to Time, Kushner’s most valuable quality which makes him so instrumental in Trump’s White House is being “the most loyal of all” and “guided by the two words that both men repeat: ‘Family first.’”

Kushner’s profile is a story of a behind-the-scenes rising star, whose quiet demeanor should not be mistaken for weakness.

The investigation into alleged ties with Russia, Time noted, “has left no visible dent in Kushner’s supreme self-confidence,” but the article leaves open the question of Kushner’s future. “Now, with adjacent windows overlooking the White House lawn,” Time wrote of Kushner and President Trump, “they are bound to rise or fall together.”