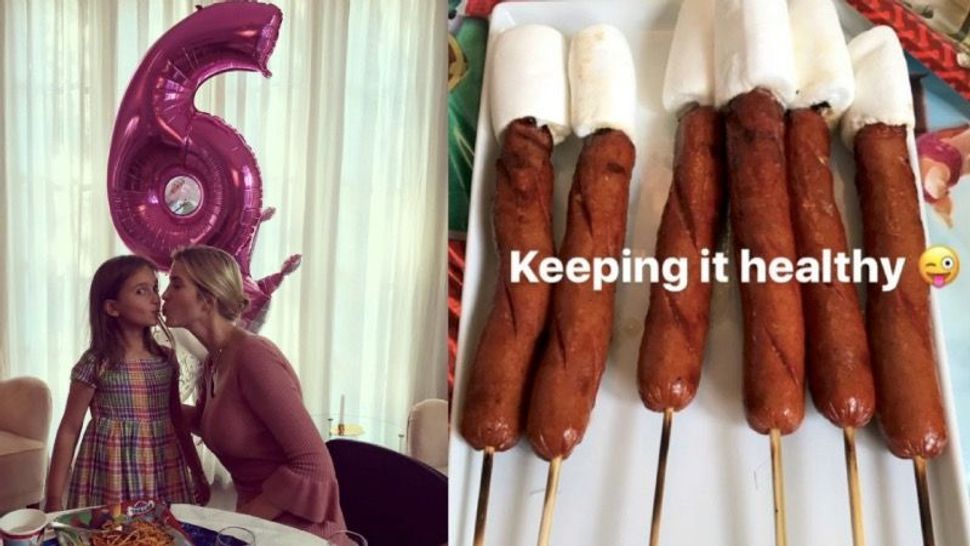 Although kosher marshmallows are difficult to obtain due to kashrut issues surrounding gelatin, it wasn’t immediately clear whether Ivanka ventured into her local kosher supermarket to get some heimish versions of the pillowy, sweet treat.

But the Internet was far more concerned about this strange food combo than with any sort of religious dietary laws.

The Internet’s reaction was immediate and harsh: She was skewered by a variety of (presumably) anti-Trumpists, like Teen Vogue’s chief political agitator Lauren Duca, who declared that this was yet another indication that the Trump family could not be trusted.

Some comments were less dramatic and simply inquired as to whether this was “a thing,” and why anyone in God’s name would do that to a hot dog.

Wait, is that a burnt hot dog with a marshmallow on the end?! SO MANY QUESTIONS! https://t.co/JzZLcb3x0N

I need to know more about this marshmallow and hot dog situation—is this a thing? has anyone tried this? #mallowdogs pic.twitter.com/RicyXrVuFf

But it soon became apparent that these pithy Twitter moments were not bouts of genius, but flashes of ignorance. You see, marshmallows and hot dogs on sticks are a traditional snack in the Philippines, served as a treat to Filipino children.

Alright, Ivanka, you win this round.