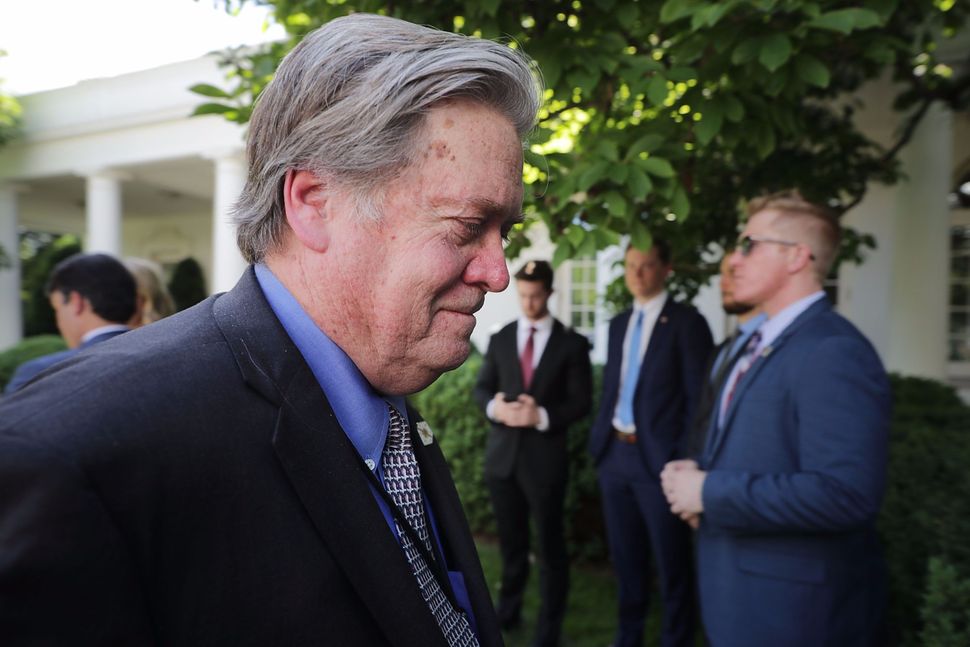 Ousted White House aide Steve Bannon is slated to speak at the Zionist Organization of America dinner in November.

ZOA president Morton Klein told the Atlantic that Bannon is on the lineup to speak at the November 12 event in New York. “All I can tell you is Steve Bannon is going to be at the dinner,” Klein said, calling it a “special appearance.”

“Steve is one of the best friends that Israel has had in any administration,” Arthur Schwartz, an external advisor to ZOA, told the Atlantic. “We’re honored that he accepted our invitation.”

Last year, Bannon was schedule to appear at last year’s ZOA gala — but, amidst protests outside the event, he never showed up.

Bannon once described his website Breitbart as a “platform for the alt-right,” but has since publicly sought to distance himself and his site from the white nationalist movement. Bannon left his perch at Breitbart to join the Trump administration and since his departure from the White House has returned to his role as editor.