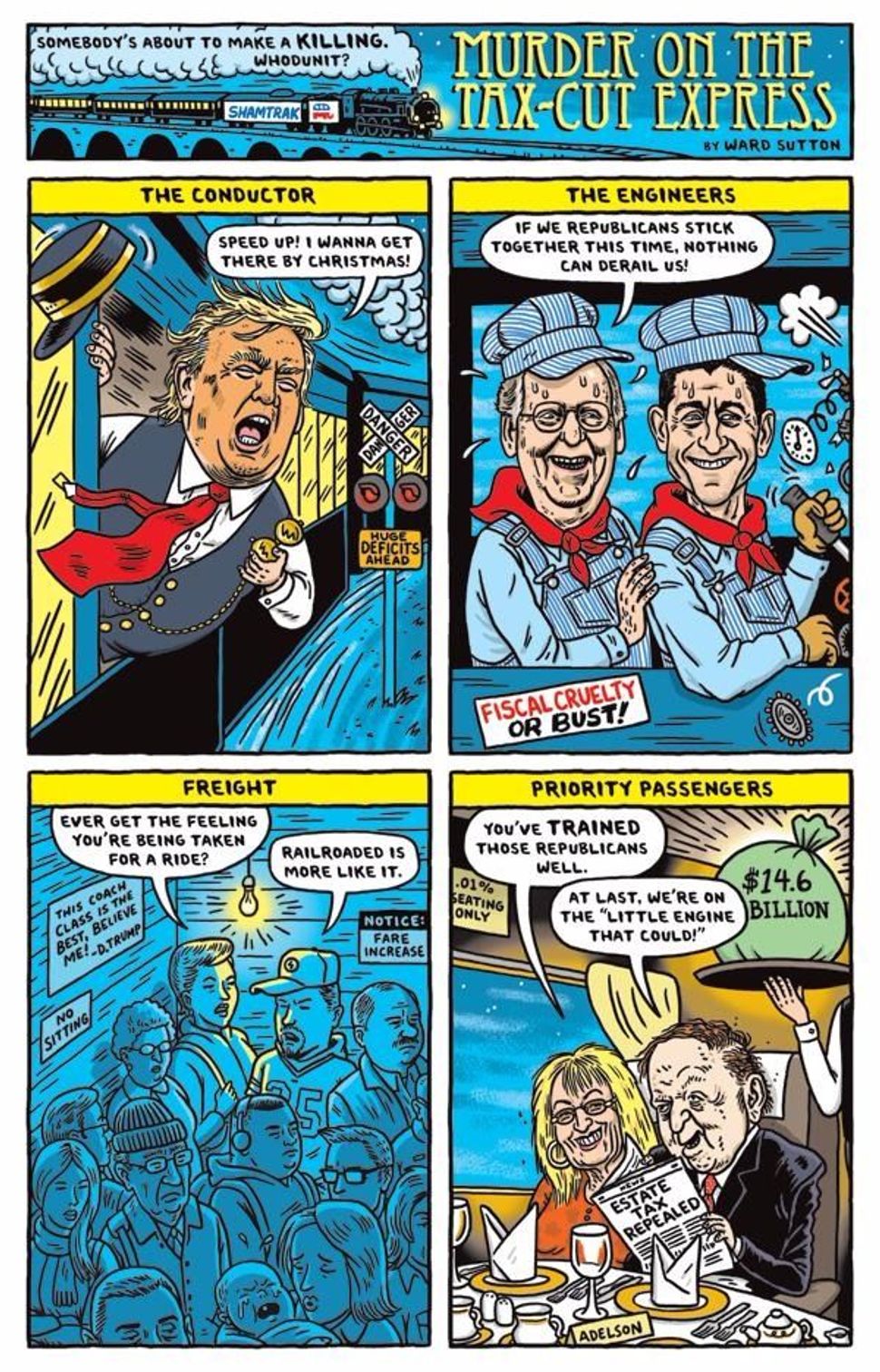 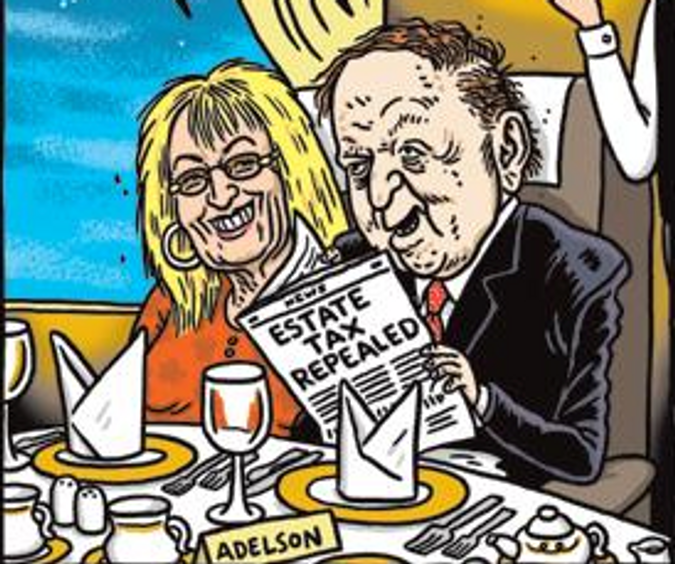 The cartoon that appeared Friday was titled “Murder on the tax-cut express” and shows Adelson aboard a train conducted by President Donald Trump labeled as riding in the section for “priority passengers.” Adelson is shown in a dining car reading a newspaper headlined “Estate Tax Repealed,” and a waiter is serving him a large sack labeled “$14.6 billion.” 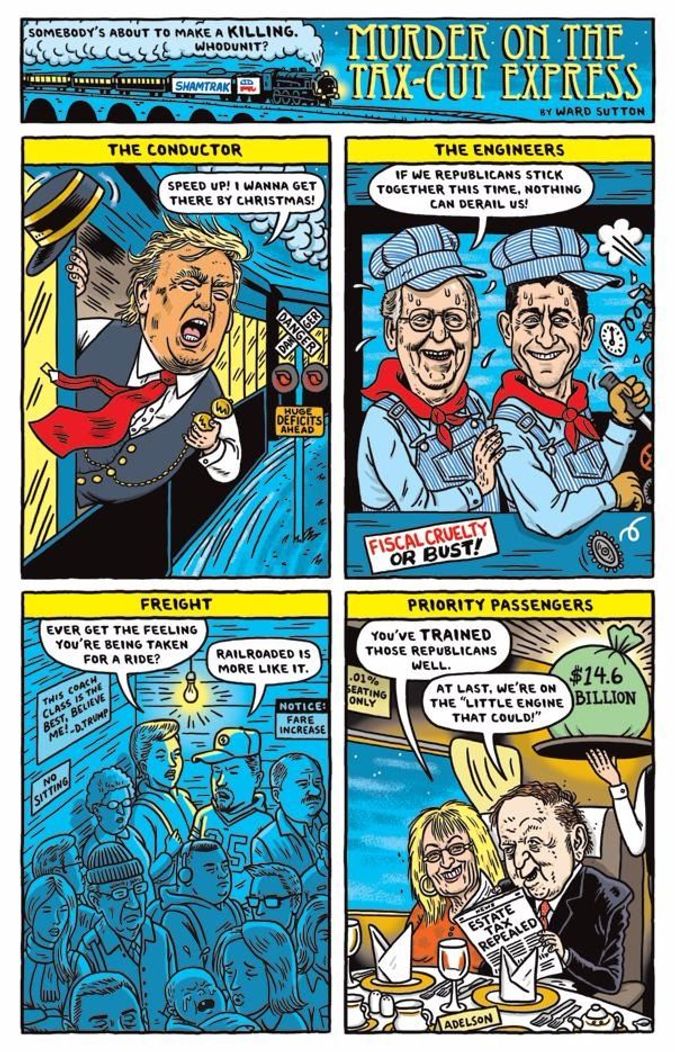 In a letter to the editor published Monday in the newspaper, Robert Trestan, regional director of the New England region of the Anti-Defamation League, and Jeremy Burton, executive director of the Jewish Community Relations Council of Greater Boston, said they were “deeply disturbed and offended” by the Ward Sutton cartoon.

“The portrayal — singling out, among all the donors and interests who stand to benefit, a prominent Jewish individual, Sheldon Adelson; depicting him with an exaggerated hooked nose; linking him with money; and positioning him as hidden inside the train while others conduct — evokes classic anti-Semitic imagery and reinforces existing stereotypes,” they wrote.

“At a time when hatred and bigotry of all forms are seeping into the mainstream, it is critical that the Globe and other responsible media outlets refrain from giving additional aid to those who no doubt will see this cartoon’s publication as further verification of long-established anti-Semitic views.”