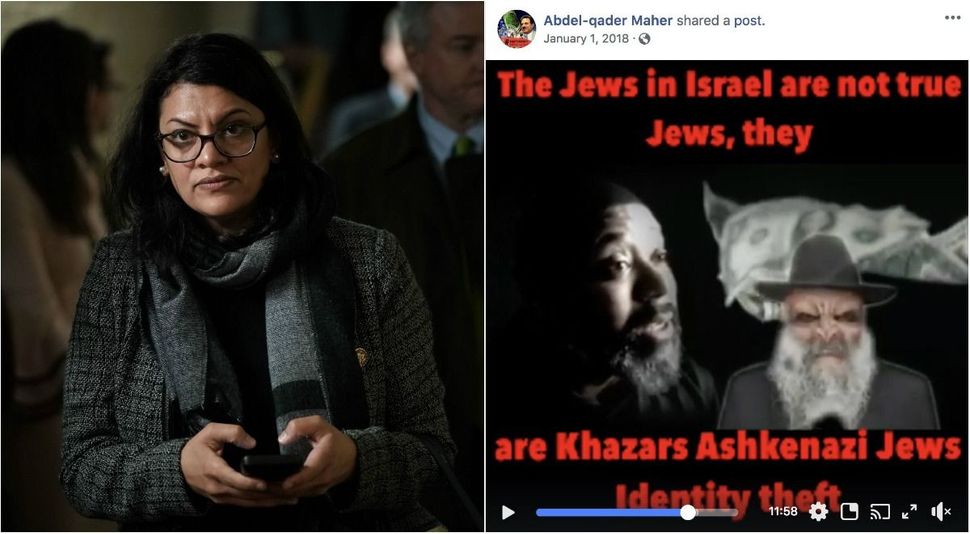 Rep. Rashida Tlaib, left, gave a medal to a supporter who posted anti-Semitic theories on Facebook. Image by Getty/Facebook/Forward Montage

A supporter of Rep. Rashida Tlaib (D-MI) has posted anti-Semitic theories about the origins of Jews to Facebook, the Daily Caller first reported.

Maher Abdel-qader, an engineer and fundraiser for Tlaib, publicly shared a video earlier this month that falsely suggests that Jews are descended from Khazars, a semi-nomadic Eurasian tribe that was destroyed in the Middle Ages.

In April 2018, Tlaib presented Abdel-qader with a “medal of appreciation” for his support of her campaign. Abdel-qader help organize campaign events for Tlaib across the country, the Daily Beast reported. 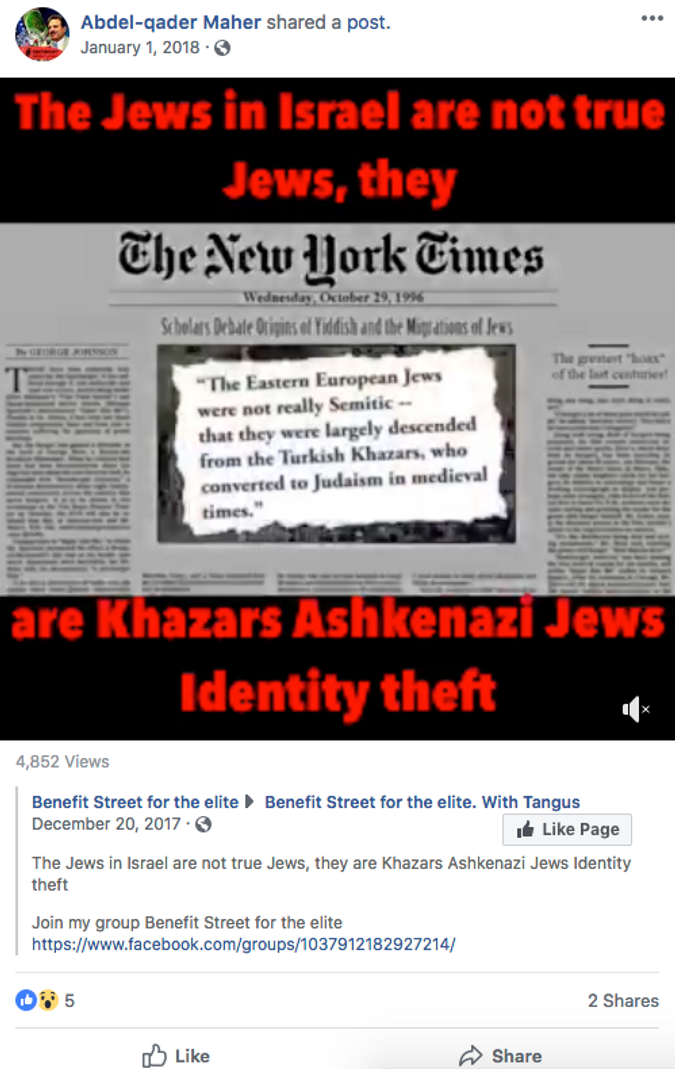 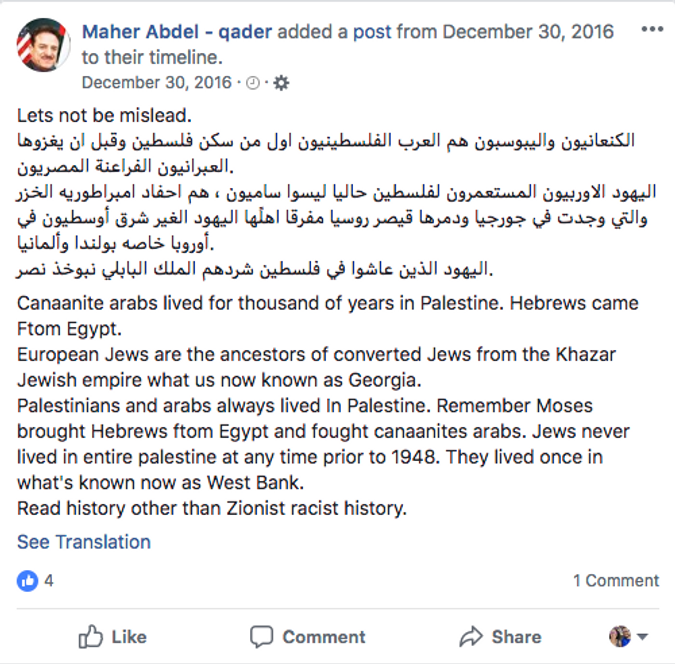 Tlaib has previously come under fire for her opinions on the Israeli-Palestinian conflict.

In 2017, gene-testing company 23andMe erroneously told Jewish users that they might be descended from Khazars. They later retracted the statement.