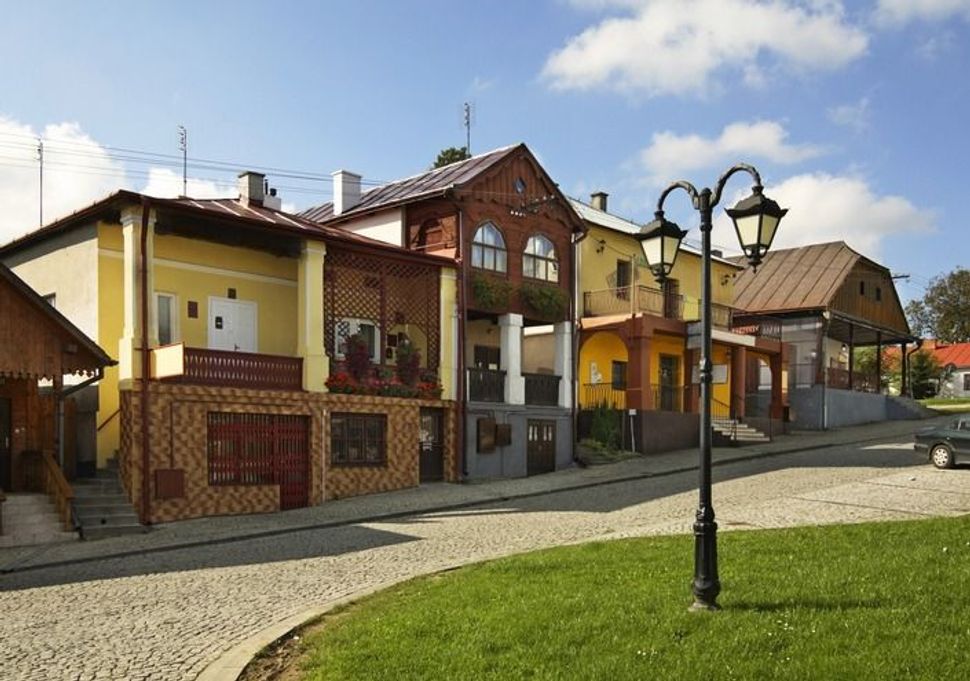 Pruchnik, a town in Poland Image by iStock

WARSAW, Poland (JTA) — A town in southern Poland reenacted the custom of casting judgement on Judas Iscariot, the betrayer of Jesus, using a life-size effigy of a stereotypical Jew with a hooked nose and sidelocks.

The event in the town of Pruchnik, called “Judgment over Judas,” took place on Friday afternoon. On a pole on Pope John Paul II Street, the residents hung the large effigy of the Jew which bore the label “Judas 2019, traitor!”

The crowd cut the effigy down from the post, dragged it on a rope through the town, stopping at the square in front of the church and at the street crossing where the effigy was beaten 30 times. After reaching the local river, the head of the effigy was cut off and the effigy was burned.

The rite attracted a crowd of onlookers. Children were encouraged to beat the effigy. There were some anti-Semitic cries, such as “Five more hits for wanting compensation from Poland.”

The custom of the judgment over Judas has occurred at least since the eighteenth century and takes place in the days preceding Christian Easter. In the past, it was accompanied by acts of direct violence against Jewish residents. In the years of the Polish People’s Republic, the tradition gradually disappeared.