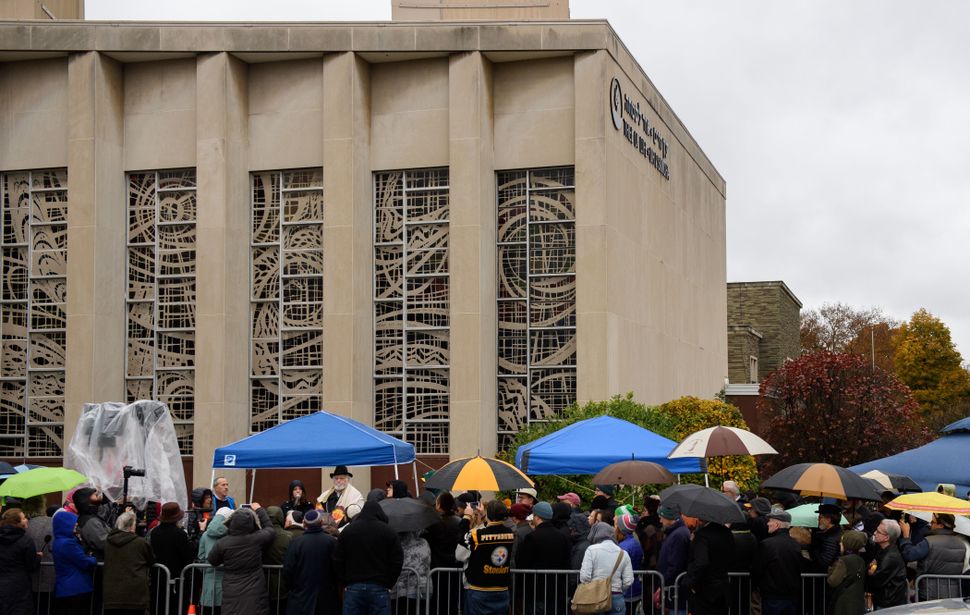 People gathered outside the Tree of Life synagogue on November 3, 2018, for a prayer service. Image by Getty

Lawyers for the man who killed 11 people at the Tree of Life synagogue in Pittsburgh last October are saying that FBI agents are meddling with witnesses as they prepare for the man’s trial, the Pittsburgh Post-Gazette reported.

The defense team, led by Judy Clarke — who has represented the man who shot Arizona Congresswoman Gabrielle Giffords and Ted Kaczynski, the “Unabomber” — wrote in a filing to a federal judge Wednesday that FBI agents are improperly dissuading witnesses to the shooting from speaking with them.

The motion says that multiple witnesses have made contact with the defense team, only to cut off communication after speaking to FBI agents.

The FBI and the U.S. attorney’s office did not comment on the story.

The shooter, who told police that he believes Jews are “committing genocide” against white people and was obsessed with the Jewish refugee aid agency HIAS, was charged with 11 murder counts as well as federal hate crime counts. He has pled not guilty.