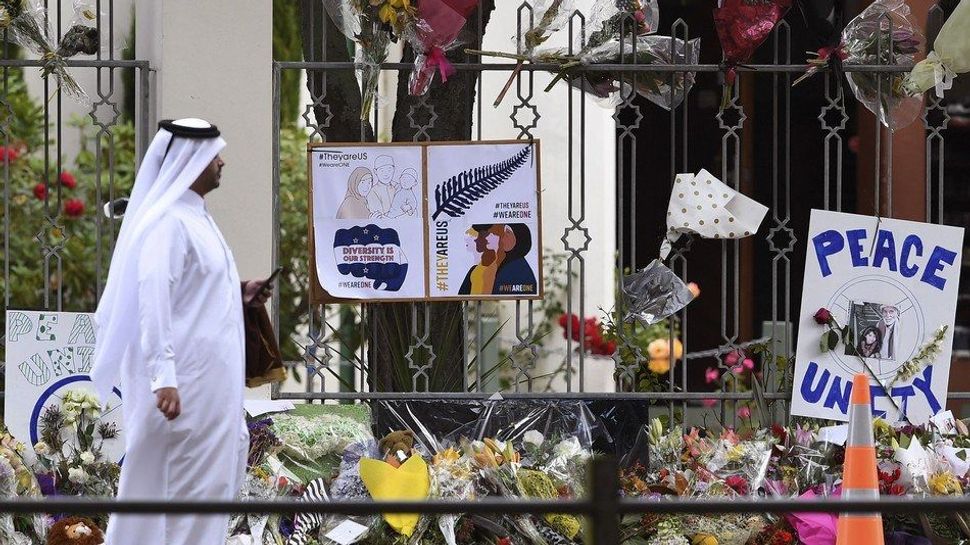 Memorial Outside of Christchurch Mosque Image by @Mashable

(JTA) — The Jewish Federation of Greater Pittsburgh will give more than $650,000 to victims of the Christchurch terror attacks on two mosques that left 51 worshippers dead.

More than $60,000 of that total was raised by the Tree of Life congregation, which was targeted by an anti-Semitic gunman five months earlier on Oct. 27, 2018.

“After the March 15 attacks on two mosques in Christchurch, New Zealand, we feel compelled to come to the aid of those communities, just as our Jewish community was so compassionately supported only a few short months ago by people around the world of many faiths. We recall with love the immediate, overwhelming support Tree of Life received from our Muslim brothers and sisters in Pittsburgh,” the congregation wrote on the GoFundMe page it set up two days after the Christchurch attack in order to raise funds for the Federation’s effort.

The money will be transferred to the Christchurch Foundation, and will be used for counseling and other support services, education and vocational training, medical treatment and financial planning for the victims and their immediate families, the Federation announced on Friday, according to the Pittsburgh Tribune-Review.

The money also will be used for programs that bring the Muslim and Jewish communities together, according to the report.